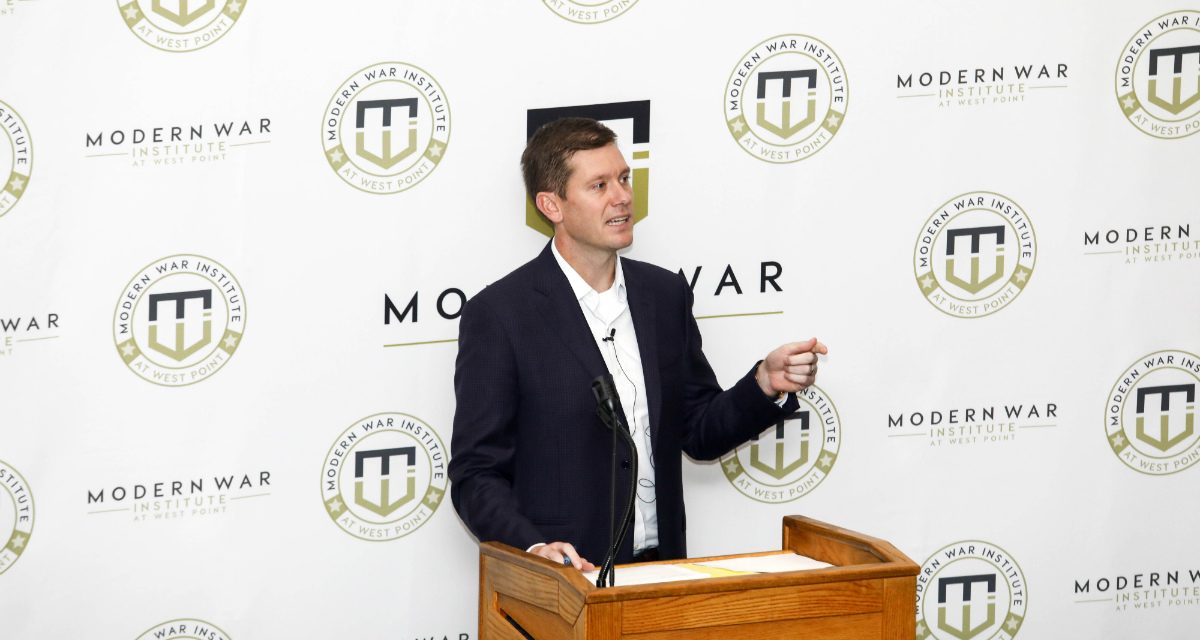 Dr. Hal Brands, a  Henry A. Kissinger Distinguished Professor of Global Affairs at Johns Hopkins’ School of Advanced International Studies and author of American Grand Strategy in the Age of Trump, recently visited West Point to deliver a talk at an event organized by the Modern War Institute. “The title of the talk,” he said, is ‘American Grand Strategy in an Age of Upheaval.’ But the talk also has an informal title as well, which is, ‘Why is the World Such a Mess?'”

“If you just kind of look around the world today, it often seems like you see nothing but crisis,” he explained. “Whether that’s the instability and violence that we’re seeing along Russia’s periphery, whether it’s the growing friction between the United States and China, the dangers posed by North Korea and its nuclear capability, the really significant disorder we’re seeing now in the Middle East, or whatever. The world just seems less stable and more dangerous now than at any time since the Cold War, and it just seems like both the number and the severity of global crises are increasing.”

But the important question is what all of those facts mean for American grand strategy. To what extent does the United States need to modify the way it pursues its longstanding objectives on the world stage? Do these goals need to be recalibrated? Watch the full video of Dr. Brands’s remarks below.