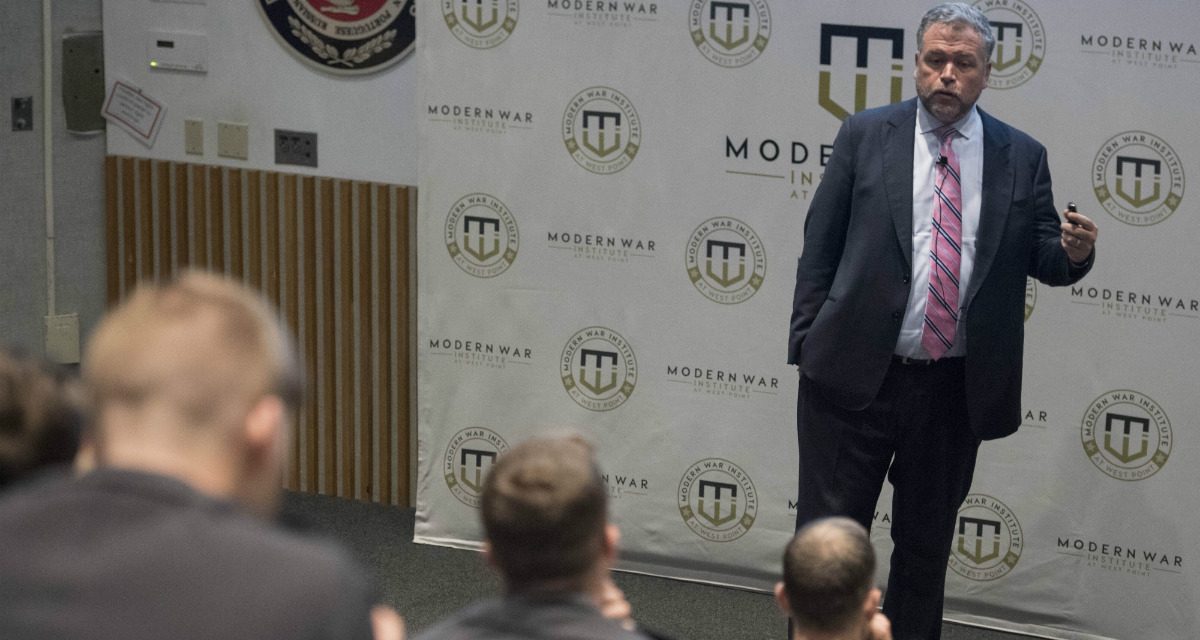 The decline-of-war thesis—the notion that armed conflict, especially between developed states, is becoming less frequent—has gained traction in recent years. The argument is advanced most notably in a 2011 book, The Better Angels of our Nature: Why Violence Has Declined, by Harvard University professor Stephen Pinker. But does data actually support this conclusion?

Professor Bear Braumoeller of The Ohio State University argues that it does not. He made that case in his latest book, Only the Dead: The Persistence of War in the Modern Age, and he recently participated in a Modern War Institute Speaker Series event to discuss his conclusions. Chief among them is that, as he put it, “you don’t see any long-term decline of war, regardless of how you measure it.”

But his quantitative approach also revealed other findings, including that war has “vastly more escalatory potential than most people realize” and that international order, while potentially limiting conflict in some ways, is actually “a double-edged sword.”

Braumoeller also offered an analogy to explain the risk of misperceiving the current state of armed conflict in the world as indicative of a trend that war is less likely in the future. “We are a lot like people in an earthquake-prone region that just hasn’t seen a lot of earthquakes recently,” he told the audience. “Nothing fundamental about the way earthquakes happen has changed, but because we haven’t seen them recently we’ve decided to let our earthquake insurance slide.” This is dangerous, he explained, arguing that “we really need to think hard, especially now, about what the next wars are going to look like and what we can do to mitigate the danger.”

Watch Braumoeller’s remarks in full below.