MWI Video: Sean McFate on the New Rules of War 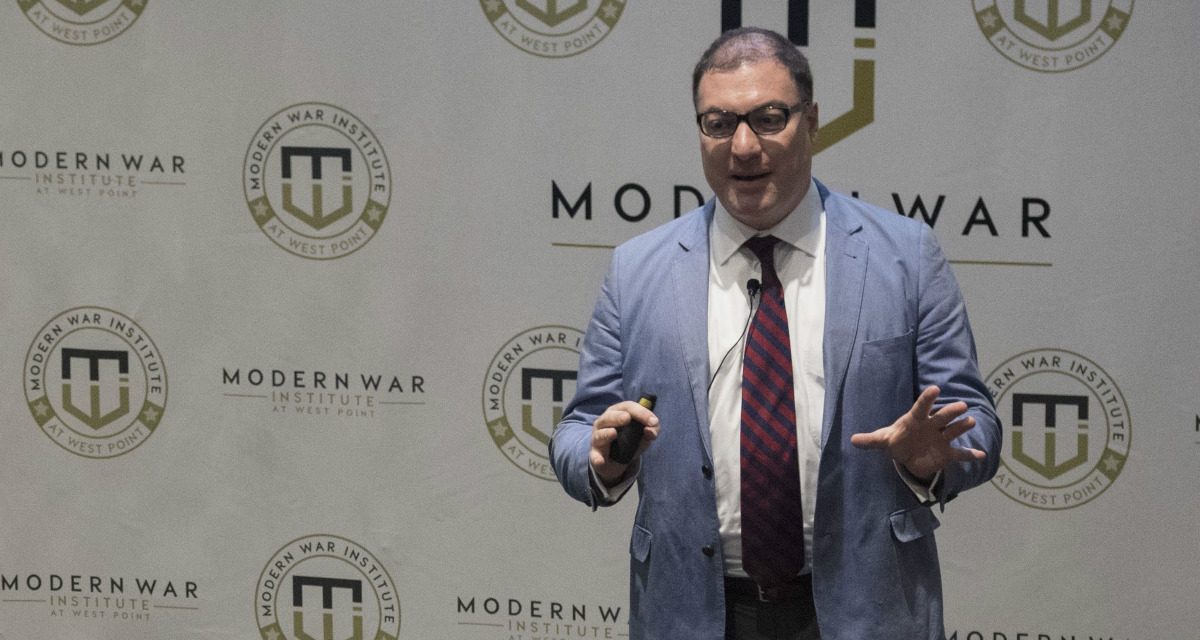 So why do we struggle to win wars?

That’s the question McFate set out to explore in his new book, The New Rules of War: Victory in the Age of Durable Disorder. Invited to West Point to participate in a Modern War Institute Speaker Series event, he discussed his book and the conclusions he reached in writing it.

He also explained his motives for writing the book. “I wrote these books because I was angry,” he told the audience of cadets and faculty. “I was angry because, like some of you, I have lost good friends in Iraq and Afghanistan. As a taxpayer, it sickens me to see trillions of dollars spent in those places with little to show for it, in my opinion. And as a vet, it is hateful to me to see American international honor tarnished by low-level foes.”

His book describes a series of principles that define the modern age of warfare—but cautions that the United States has struggled to recognize and adapt to the changing character of war. “The bottom line is this,” McFate emphasized. “Warfare has moved on but we have not moved on with it.”

Watch McFate’s remarks in full below.