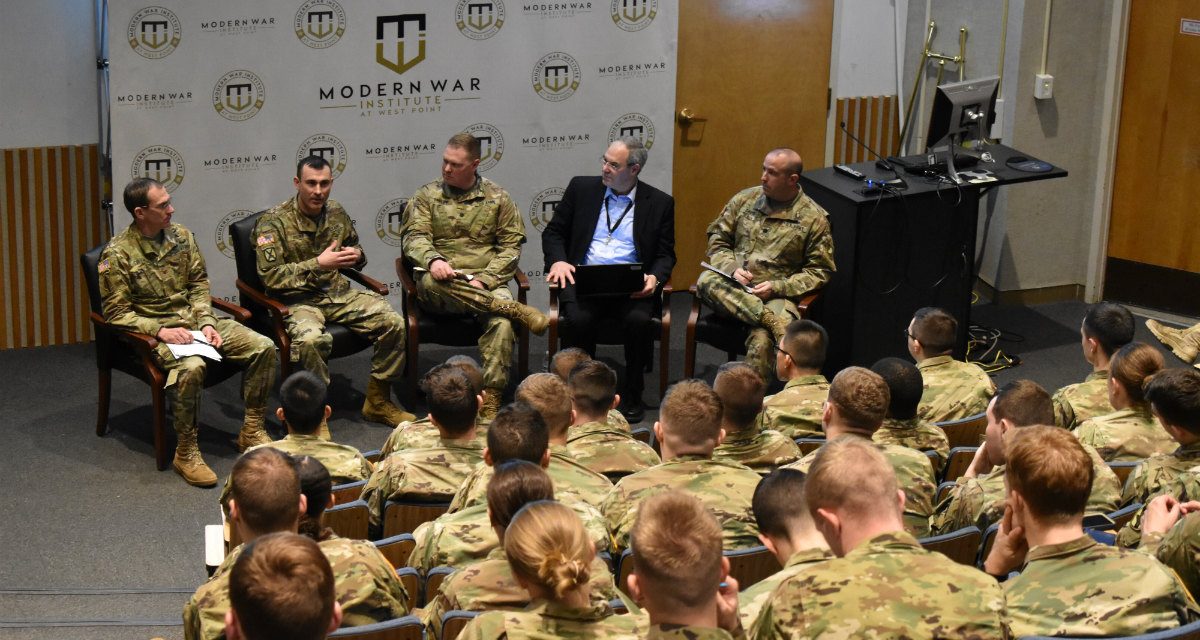 The decision to pull US forces out of Syria has reinvigorated debate over the wider US role in the region, and how Syria fits into the United States’ larger strategy to combat terrorism, contain Iran, and build democracy. On Wednesday, February 13, the Modern War Institute held its first War Council panel of 2019, titled “The Path Forward on Syria.” War Councils are a series of faculty panels meant to tackle an issue in the news related to modern war by showcasing the in-house and interdisciplinary expertise and operational experience of West Point faculty. Roughly 120 cadets and faculty turned out for the panel on Syria, which was off the record. Col. Liam Collins, director of MWI, moderated the discussion.

Capt. Darren Hagan of the Combating Terrorism Center, a military intelligence officer who deployed with the 10th Mountain Division G2 in support of Operation Inherent Resolve, discussed the operational aspects of US training and special operations efforts in the region as part of OIR.  Lt. Col. Tom Oakley, who is a member of the academy’s department of law and course director for Advanced Law of Armed Conflict, discussed the legality of the US military presence of Syria and outlined some of the other international legal challenges. Dr. David Frey, professor of history and director of the Center for Holocaust and Genocide Studies, discussed the humanitarian aspects of the ongoing war, noting that not all atrocities are preventable but retributive justice and atrocities against Kurds and other minorities in Syria did occur. Finally, Lt. Col. Nathaniel Davis, who is the director of the Defense and Strategic Studies program, gave cadets some perspective on how Syria fits into the wider scholarly literature on military and humanitarian interventions, especially with respect to the responsibility to protect, proxy-war dynamics, and ethical considerations of military interventions.