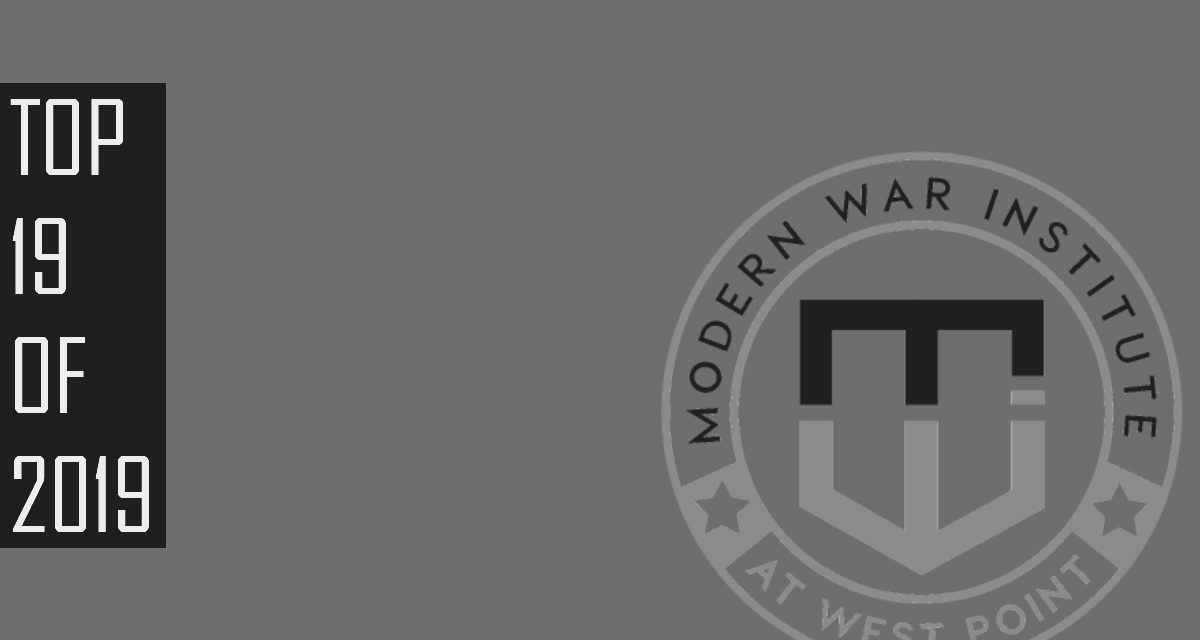 As we turn the calendar to a new year, it’s an opportunity to look back at the articles we published in 2019 that were most widely read. It’s also a perfect opportunity to thank both our readers and the authors who have written and submitted articles to us. Both groups combine to help MWI contribute to the development of the profession of arms in ways that would otherwise be impossible.

The sheer variety of topics that the articles below have tackled over the previous twelve months reveal the complex and wide-ranging set of challenges posed by the battlefield of today and tomorrow. From close-combat lethality to urban warfare and from combat fitness to data management, the changing character of warfare promises to present military forces with an array of problems they must be prepared for.

If you missed any of these articles when we first published them, now is a great chance to catch up. And we at MWI look forward to working with all of our contributors to publish even more articles in 2020 that advance our collective understanding of modern war.

1. Women Aren’t the Problem. Standards Are., by Micah Ables

2. It’s Time to Fix the Way the Army Selects Commanders, by Michael Symanski

3. Highly Specialized, Highly Lethal: Why the Army Should Replace its One-Size-Fit-All Infantry Model, by Steven Head

4. Stealing the Enemy’s Urban Advantage: The Battle of Sadr City, by John Spencer

5. It’s Not the Economy: Why the Army Missed its Recruitment Goals and What to Do About It, by James Long

6. “Combat Patch” Culture in an Era of Persistent Competition, by Paul Merklinger and Ryan Orsini

7. What the Critics Miss: The Army Combat Fitness Test is Going to Make Us a More Combat-Ready Force, by Kelly Buckner

8. The US Army Will Experience Battlefield Surprise—Here’s How to Prepare Leaders and Organizations to Overcome It, by Jim Greer

9. Bringing Back the Punitive Expedition, by Kevin Benson

10. Heavyweights on the Battlefield: Why the US Army Will Need its Largest Armored Vehicles in the Next War, by Kevin Zhang

11. How the Military Murders Meritocracy, by ML Cavanaugh

14. When the Radios Are Jammed, Fight Like Ants: Swarms of Soldiers on the Future Battlefield, by Justin Lynch

17. Up-Gunning the Queen of Battle: How the Army Can Fix the Infantry’s Anti-Armor Problem, by Brandon Morgan

18. Let’s Get Some Things Straight About Nuclear Weapons, by Luke O’Brien

19. The Destructive Age of Urban Warfare; Or, How to Kill a City and How to Protect It, by John Spencer