NATO’s Eyes and Ears: The Baltics are Listening Posts in the Alliance’s Competition with Moscow—Again 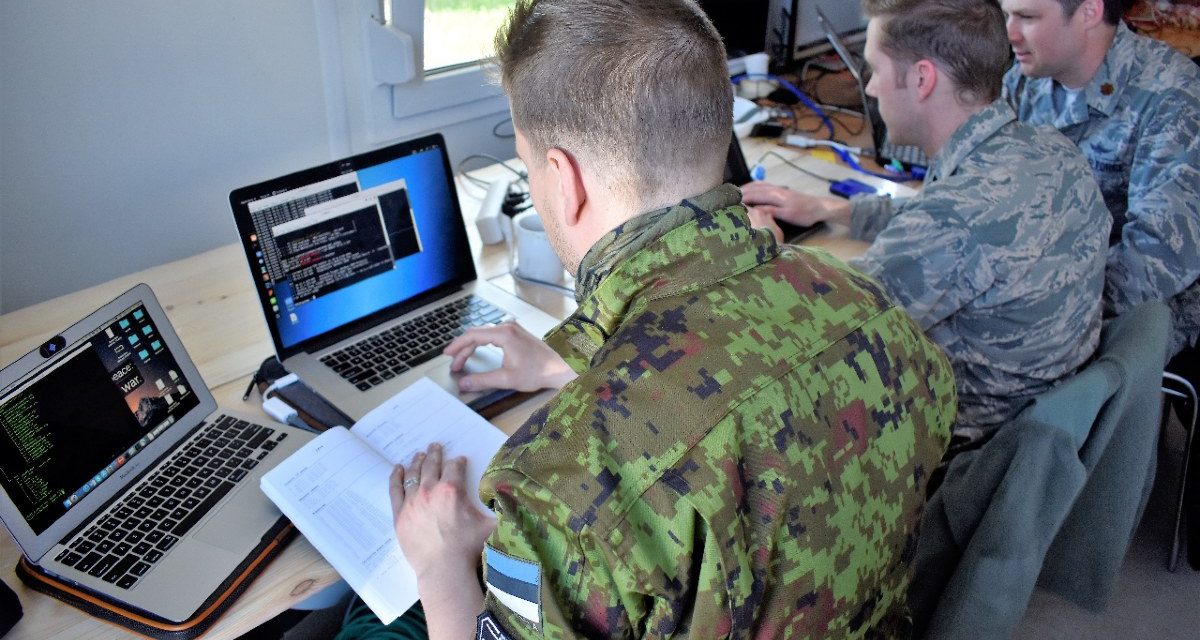 When the famed American statesman George Kennan early in his career was stationed in Riga, the Latvian capital, the place served as the principal listening post for Washington, a window through which Americans collected valuable insights into the workings of the Soviet system. It was an ideal location from which to observe Moscow and be as close as possible without actually going there. Today, the outpost run by US foreign service officers is long gone. Yet the Baltics’ role as places capable of producing valuable knowledge regarding Russian statecraft lives on through newly formed centers of expertise.

The Baltic states of Estonia, Latvia, and Lithuania boast a rich history as sites from which to keep abreast of developments inside Russia. At a time of America’s nonrecognition of the pariah Soviet state in the 1920s, Riga and Tallinn in particular were considered as the ultimate training grounds for Westerners seeking to become Russia specialists. The library in the Latvian capital was “almost without parallel outside the Soviet Union,” filled with Russian newspapers and periodicals. The city was also conveniently placed for the interception of mail between Communist party members and the outside world. Travelers, revolutionaries, and refugees flowing out of Russia through the Baltics were eagerly interviewed by American officials, allowing them to build up meticulous files of Soviet political affairs. The Riga observation post educated a generation of US foreign service officers, many of whom later assumed key posts at the State Department.

Today, the Baltic states are full-fledged NATO members and a great deal of the strategic commentariat treats their proximity to Russia as a profound vulnerability. The conventional wisdom holds that they are hard-to-defend territories. That they might be. However, the flip side of this predicament is that as countries near strategic crossroads they are well positioned to monitor the Kremlin’s disruptive tactics and produce niche expertise. In the words of retired Lt. Gen. Benjamin Hodges, the former US Army commander in Europe, “Our [Baltic] allies . . . will know more about Russia than we would know in a thousand years. Many of them speak the language. . . . They know Russia from [experience across] centuries.” As of late, the Baltics have quietly reinvigorated their historical tradition as listening posts. They have set up knowledge hubs that excel in analyzing their much larger eastern neighbor. Having faced down Russian-directed unconventional methods longer than the rest of the West, they have relevant firsthand lessons to offer. Fully embracing what these allies have to offer will benefit US national security.

The Future Arrived First in Estonia

The story of how Estonia was targeted in a virtually unprecedented Russian state-directed cyberattack in 2007 has been told before. In many respects, however, what transpired afterward has been even more important and intriguing. Ironically, Russia’s ruinous cyber penetration turned out to be a positive push for the nation in the long run, propelling the Estonian government to treat the cyber domain as an intricate part of national security. Reeling from the incident, Estonia established the NATO Cooperative Cyber Defence Centre of Excellence. This was no accident. Recognizing that a state of just over one million people have little to offer in hard-power deliverables, Estonia’s government chose to focus on bytes and not bullets. As explained by former Estonian president Toomas Ilves, for small nations the IT field can serve as “the great equalizer.” That is to say that in this particular realm, small countries can become powerhouses.

Being among the first to have battled Moscow-directed cyber warriors, Estonia today is a lead authority in devising cybersecurity-related solutions. Through the Tallinn-based NATO cyber center, it is responsible for providing training for “all NATO bodies across the alliance,” educating staff on cyber hygiene and preparing societies for handling cyber incidents. It also hosts a number of leading international exercises aimed at strengthening NATO’s IT systems and critical infrastructure. On a bilateral basis, Estonian government engages intensively with the United States. Recently, the two countries set up a joint cyberthreat intelligence-sharing platform, with the aim of enhancing and automating the data exchange between the partners. In sum, Estonia did not let a crisis go to waste. After becoming the first victim of a Russian-sponsored cyberattack, it quickly learned its lessons and build up necessary expertise. It has since established itself as a pioneer nation in cyberspace, becoming the lead exporter of lessons and best practices within NATO.

For many, Russia’s long arm in spreading disinformation was first fully exposed during the 2016 US presidential election. For the Baltics, the Kremlin’s malign interference and attempts to sow division and undermine trust in government institutions was nothing new. Lawmakers in the region have been sounding the alarm about such manipulations ever since regaining independence in the early 1990s. For the most part, such calls were politely ignored. Lithuania’s foreign minister Linas Linkevicius summarized the prevailing attitudes of the time: “Ten years ago there was no way to discuss these issues at all, because [EU] colleagues thought ‘it is not our business, it’s freedom of speech.’ . . . It took time to convince them that lies are not freedom of speech.” It was only in 2014 that Latvia gained approval to launch a think tank, the NATO Strategic Communications Centre of Excellence. While its research agenda remains broad, its central focus lies in tracking, identifying, and analyzing Russia’s digital footprint across the globe. Since its establishment, it has produced innovative studies on various information-warfare techniques employed by Russia and experimental takes on societal vulnerabilities.

The bulk of the analysis is open to the wider public. Parts of it, however, remain classified and intended for allied eyes only. The center’s experts have regularly made their way across the Atlantic to testify before the US Senate Select Committee on Intelligence and to brief US congressional staffers and military representatives about Russian influence campaigns. Having participated in one such meeting, Sen. Chuck Grassley acknowledged that since the end of the Cold War the United States has become somewhat complacent when it comes to Moscow’s unconventional methods and that it could benefit immensely from the knowledge and capabilities developed by the Baltic states.

Apart from hosting NATO-affiliated entities, the Baltic capitals have also become places of refuge for a considerable number of Russian civil-society activists and investigative journalists—people that would face severe professional restrictions and censorship inside their own home country. A Lithuanian documentary project lists several Russian citizens who have received political asylum across the Baltics and are now able to carry out reporting remotely, not shaded by governmental constraints. Perhaps the best-known example of this is the Russian news organization Meduza, headquartered in Latvia since 2014. Drawing millions of visitors to its site, the news agency has become one of the prime online sources for reliable reporting. In Russia, “you’re expecting a knock on the door, a call or a letter from an institution, [whereas] here you can work without looking back,” the chief editor explained in justifying her decision to relocate across the border. Baltic governments have been willing hosts for such organizations, thus helping to shine an additional light on developments inside the Kremlin’s walls.

While the Baltics have emerged as leaders in developing competences for countering Russia’s unconventional playbook, they have not completely forgotten about old-fashioned counterespionage. Estonia, in particular, stands out on this matter. After a significant fallout in 2008, when it was discovered that a high-ranking Estonian defense official had been recruited by Moscow to pass on sensitive NATO secrets, Estonian spy agencies were forced retool their procedures and methods. Since then, they have become among the most highly regarded services for spotting Russian spooks. According to John Schindler, a professor at the Naval War College and a former US National Security Agency analyst, Estonia stands out among its NATO peers when it comes to thwarting the Kremlin’s espionage efforts. “The Estonians have dealt with the Russians, and before them the Soviets, for so long, they intuitively understand Russian intelligence culture and how they operate,” he elaborated.

During the past decade, Estonia has managed to unmask and convict twenty individuals working for Russian intelligence services, more than any other EU or NATO member. What further sets the country apart from others is its unwillingness to sweep such operations under the rug. Instead, Tallinn has happily publicized the arrest and conviction of Russian operatives. The nation’s lead spy-catcher believes that putting such cases into the open contributes to the bursting of myths that often surround Russian operatives as being omnipotent and impossible to counter. Because of its success, the annual report of the Estonian Foreign Intelligence Service has become somewhat mandatory reading for those seeking to understand the dark arts of Russian special services.

Providing the United States with Better Eyes and Ears

As NATO enlarged into Eastern Europe after the Cold War, serious concerns were raised regarding former Soviet-bloc countries’ trustworthiness when it came to sensitive intelligence matters. Some scholars, however, recognized that “substantial intelligence dividends await NATO in the East.” Fast-forward to the present day and the Baltics have proven to be loyal and trustworthy US allies, willing to put their shoulder to the transatlantic wheel. Baltic political elites have been highly responsive to US national-security concerns, willingly sharing their best practices and competences. In turn, the United States has been “eagerly and greedily lapping up” such expertise. Over the past years, Estonia, Latvia, and Lithuania have all managed to reach NATO’s 2 percent GDP benchmark on defense spending. For that, they deserve a pat on the back. In real monetary terms, however, their contributions, given the meager size of their economies, are quite trivial. Arguably, they add more value to alliance’s common good by serving as centers of knowledge production. Such contributions may be subtler and harder to quantify, yet they enhance allied understanding in significant ways and help policymakers to fashion responses more ably.

It is undeniable that the geostrategic positioning of the three Baltic countries makes them potentially vulnerable military targets. To their credit, however, they have not treated geography as an all-powerful curse; instead, they have sought to leverage their proximity to Russia into a certain asset. Staying true to their historical legacy as listening posts, the Baltic republics have effectively carved out a niche expertise in critical areas such as cyber, strategic communications, and counterintelligence and have been sharing this know-how with other NATO members. As NATO Secretary-General Jens Stoltenberg once described it, partner nations give the United States “better eyes and ears” than it would otherwise have. In the case of the Baltics, they happen to have a front-row seat to observe Moscow. This is a strategic advantage for the United States.

Dr. Andris Banka is a postdoctoral researcher at the Interdisciplinary Centre for Baltic Sea Region Research (IFZO) in Greifswald, Germany. He holds a PhD in Politics and International Relations from the University of Birmingham, U.K.