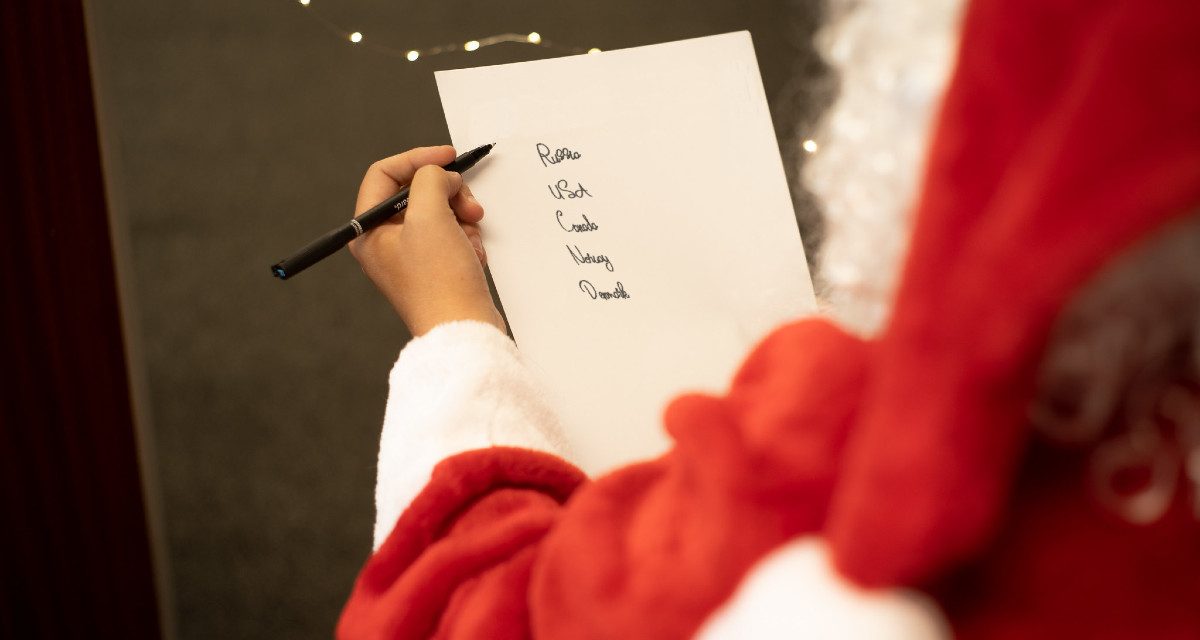 In the North Pole, Santa is busy making a list and checking it twice. Which Arctic states have been naughty and who has been nice? We look at the 2021 scorecard for the Arctic Five (states littoral to the Arctic Ocean)—what’s on their wish list and what should these states expect come Christmas morning?

Russia is the uncle everyone is a little uneasy about, uncomfortably sentimental about the good old days after one too many egg nogs and haunted by ghosts of Christmas past. While Putin’s Russia no doubt is getting a lump of coal for its rather dissatisfactory behavior in Eastern Europe, Moscow has none the less remained a cooperative Arctic actor. Russia will receive something from Santa, in a goodwill gesture seeking to elicit further good behavior in the Arctic through 2022. Santa needs to be strategic here—after all, Russia’s floating research ice stations are coming back online and the largest drift station (dubbed North Pole) might yet drive down real estate values in Santa’s own backyard. No one wants to live next to a Russian research station, particularly when they have dual-use purposes, functioning as both military installation and research station depending on the day. Flight paths are never good news for house prices.

Topping Russia’s Christmas wish list is the total retreat of Washington in the Arctic—a return to an unengaged United States in the high north. Next, Moscow is asking Santa for complete international acceptance of the Northern Sea Route as an internal waterway. For foreign capital injections with no untenable strings attached rounds out the top three on the Kremlin’s Christmas wish list. Expect Russia to awake Christmas morning to all-around disappointment.

The United States is that aunt that preplans Christmas lunch months out, with themed tree decorations and seating plans to boot. Washington should expect a mid-range gift from Santa—after all, it has been a team player in the Arctic this year. Santa is not on the hook to deliver shiny toys this year, though. It’s up to Uncle Sam to deliver the goods. Whether or not he does so is yet to be seen, but we know Uncle Sam won’t be bearing desired capability gifts on Christmas morning. Pushing along a US deepwater port in the Arctic should be at the top of the American wish list, but Washington appears to be more fixated on what its Arctic neighbors are getting this festive season.

Washington’s Christmas list is topped by the gift of Russia abandoning geography and packing up military infrastructure along its northern approaches. Second, Washington wishes for great power competition (read Chinese Arctic presence) to find a new theater, farther away from its Alaskan frontier. Of course, the United States is also asking Santa to have a chat with Canada regarding the international nature of the Northwest Passage. The United States will bounce down the stairs come Christmas morning to find disappointment, though—Santa isn’t bringing anything it asked for.

Canada is set to remain Santa’s golden Arctic child. Canada rarely RSVPs to Christmas lunch, but arrives nonetheless and beelines for the kids table. Ever on the “good” list, Ottawa brings its can-do attitude to most Arctic challenges. For instance, Canada is happy to keep NATO out of the region and to engage with the Russians on science diplomacy, and is focusing on efforts to bolster indigenous peoples’ health and security in the Canadian Arctic. Of course, Canadian efforts to block access to the Northwest Passage for a Chinese vessel would have attracted a lump of coal penalty had Beijing not already found itself in the depths of Santa’s naughty list over pretty much every action it’s taken in 2021—more on that shortly.

Canada’s Christmas wish list includes Washington not pushing the Northwest Passage envelope and instead continuing to agree to disagree regarding the “status” of the waterway. Next, Ottawa dreams of the continuance of “Arctic exceptionalism.” Rounding out Canada’s list is the injection of Arctic capability—shiny new toys to rescue Arctic tourists. An uptick in polar tourism paired with the increase in extreme weather events and climate-induced environmental change in the Arctic means Canada needs bolstered capabilities in the region. But Santa’s workshop has quite a bit of a backlog given rising global shipbuilding demand, material shortages, and supply chain challenges.

Norway is the sage and worldly cousin who sashays in with a nice bottle of wine for Christmas dinner, ducking away from the table to take phone calls throughout the meal. You see, Oslo knows everybody. That can come in handy, since it means seemingly always having answers for conundrums and expert experience in conflict negotiation given its relationship to both Russia and the United States. But under the cool and calm façade, Norway has its own wish list. At the top? Time. Time to prolong decision making in the Arctic across a range of pressing challenges. Time to figure out how to balance continuing to drill for oil in the Barents Sea while also promoting domestic green economy initiatives. Time to increase Norway’s NATO security infrastructure footprint while keeping dialogue avenues with Moscow open. After all, Oslo knows it must take the Arctic Council reins from Moscow come 2023, so best to have a high-north, low-tension political environment in the Arctic.

Denmark is the lovable grandfather parked in an armchair content on observing Christmas from afar. He has handed over the baton to Greenland to lead on Arctic affairs, even relinquishing his seat in 2021 at the Arctic Council for the Greenlandic young gun. Santa is no doubt pleased with Greenland’s Arctic activity in 2021—making gains across environment and trade security domestically while also seeking out avenues to bolster Arctic cooperation internationally. Top of Denmark’s Christmas wish list is for Moscow to behave itself in the region. Climate research and a bolstered understanding of the Arctic environmental ecosystem also remain high on Denmark’s list. Finishing up the top three is a wish for the unambiguous protection of the Faroe Islands from foreign states looking to procure Arctic real estate—demand for which, at least among a select group of consumers, has been as hot the past several years as it was for Tickle Me Elmo and pogs in the mid-1990s.

Let’s not forget the self-proclaimed (near) Arctic state: China. China turns up at Christmas dinner with no one quite sure as to who invited them and pockets Grandma’s crystal on the way out. Beijing gets two lumps of coal for its rampant double standards around environmental leadership. Sinking a major attempt at expanding Antarctic marine protected areas despite diplomatic overtures of Beijing’s commitment to global ocean health and environmental protection earns China its first lump of coal. The second is given for China’s vast expansion of its flagged fisheries flotilla throughout the Pacific Ocean. Both digressions are signals of Arctic challenges on the horizon. Top of China’s Christmas wish list is the internationalization of the Arctic as a theater of global commons. Best for Beijing to temper its expectations pre-Christmas morning.

In line with the Arctic being a region of consensus, the Arctic states will mostly be let down by Santa this Christmas. Perhaps this presents an avenue for engagement and collaboration between the Arctic Five, though—a Christmas miracle of sorts. After all, this is a region where cooperation even between erstwhile rivals is comparatively common, and where many challenges are shared ones best met with a degree of collaboration. If the Arctic states can extend existing consensus to include a distaste for Santa, the big man best watch his back come Christmas 2022.

Dr. Elizabeth Buchanan and Dr. Ryan Burke are cofounders and codirectors of Project 6633 at the Modern War Institute at West Point.