Navigating the Minefield: A Creative Solution to Defuse the US-Turkish Crisis in Kurdish Syria 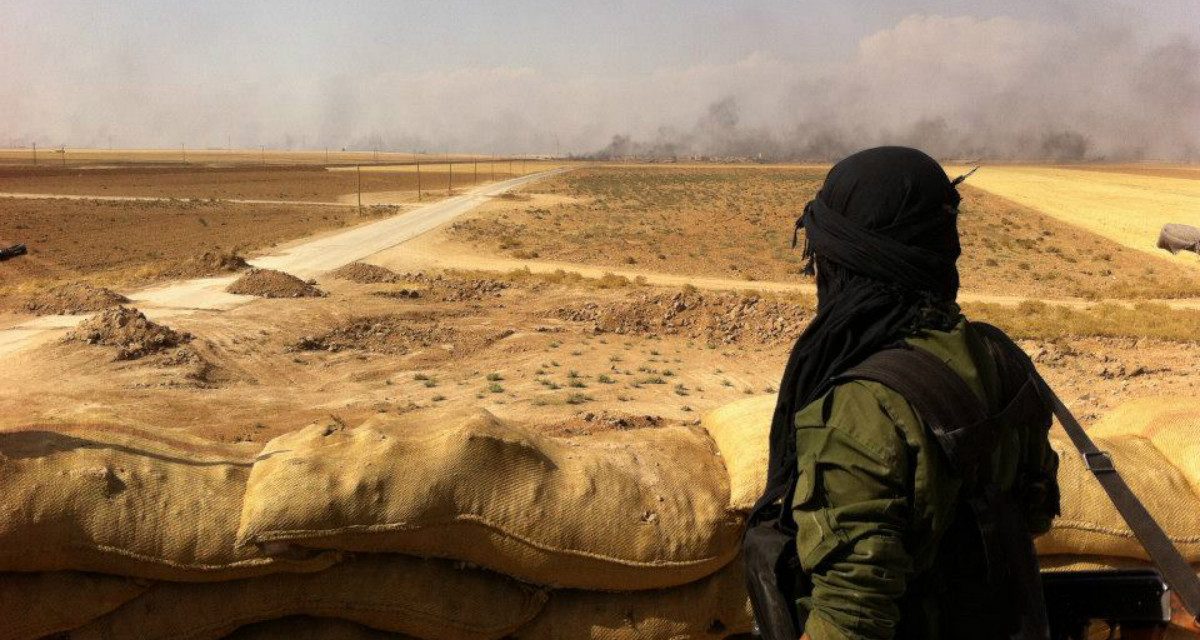 Tuesday marked the end of the first month of Turkey’s assault on the Syrian Kurdish enclave of Afrin, a confrontation that has been long in the making. The Syrian Kurdish YPG (People’s Protection Units) has been America’s principal local partner in the fight against ISIS in Syria: unfortunately, the YPG is considered to be a terrorist organization by Turkey, putting the United States in an awkward position vis-à-vis its NATO ally. The fight could dramatically escalate, moreover, if Turkey decides to follow through on its threat to move east to Manbij, a town where US Special Forces are present. Minimizing the chance of this escalation is imperative but requires some creative thinking; the United States should invite a second Syrian Kurdish force, the Rojava Peshmerga, to take over buffer areas on the border with Turkey. Because this group of Kurdish fighters, unlike the YPG, is not affiliated with Turkey’s Kurdish arch-nemesis, the Kurdish Workers’ Party (PKK), their presence would not be as inciteful to Turkey as the YPG’s. While this solution would not be optimal for any of the sides involved, as a compromise it offers some benefits to—and allows for face-saving for—everyone.

The Assault on Afrin

It is particularly apropos to describe the politics of northern Syrian as Byzantine, given both the history and current complexity of the region. In the Syrian civil war the Kurds of northern Syria have principally fought under the banner of the YPG, the armed wing of the PYD (Democratic Union Party). They have been extremely effective against ISIS, recruiting local Arab allies under the banner of the Syrian Democratic Forces (SDF) and taking ISIS’s capital of Raqqa, with heavy aid from the United States. So far, so good.

Nothing better illustrates the problem this creates with Turkey than this banner that was raised during the YPG’s victory celebration in Raqqa. It shows an image of Abdullah Öcalan, the imprisoned leader of the PKK, the terrorist group that has long fought against Turkey for autonomy for Kurds in the country’s south. The YPG has a strong attachment to the ideals of Öcalan and receives many Turkish Kurds for training and employment in the fight against ISIS. While the Turkish border areas have been relatively free of PKK attacks, Turkey worries that the YPG’s control of the Syrian side will create a sanctuary for the PKK to train and arm in order to continue carrying out destabilizing attacks in southern Turkey.

In order to set back the YPG’s progress, Turkish forces recently launched an assault on Afrin, an isolated canton in west of—and separated from—the rest of the de facto autonomous zone of Rojava. When the SDF took over Manbij from ISIS in 2017, it seemed that the YPG would achieve its goal of linking its main territories in northeastern Syria with the enclave of Afrin. Turkey, however, thwarted this ambition by launching its own an offensive at al-Bab, making a buffer between Afrin and the main YPG forces to the east. Now the Turks have decided to try to roll back the YPG presence, starting with the isolated target of Afrin.

The decision to move now is based less on any action by the YPG and more on Turkish domestic politics: with the Turks increasingly isolated in the region, scoring a victory against a traditional enemy would give Turkish nationalists a sorely needed win. When the United States announced the creation of a YPG-based border defense force, this was a step too far for Turkish pride, and the assault on Afrin was triggered.

The assault on Afrin has been proceeding slowly due to several factors. First, the mountainous terrain of the area naturally favors the defense. Second, the YPG is a veteran force, having been vital in the liberation of ISIS’s territory in Syria. Finally, the Turkish military was purged following a coup attempt in 2016. While these factors have meant slow going so far, it is probably just a matter of time before the weight of numbers begin to favor the attacker (at least in Afrin), assuming diplomatic conditions remain the same.

Of course, in the Middle East, diplomatic conditions never remain the same. In the last few days the Syrian regime-affiliated “Popular Forces” have moved into Afrin to assist the YPG in fighting against Turkey. Besides Afrin technically being Syrian territory, the Syrian regime is at odds with Turkey over the latter’s granting of freedom of movement of jihadists into Syria to fight the regime. This escalation is already a step in the wrong direction for Syria: if the fighting expands to Manbij and also involves US forces, the results would be even more disastrous. The US general in charge of American special operations forces in Iraq and Syria gave his full support to the YPG in Manbij, and a recent visit by Secretary of State Rex Tillerson to Ankara failed to produce a settlement, showing that a simple solution will probably be elusive.

One possibility is for another Syrian faction, the Kurdish National Council (KNC), to be invited to take over some of the border security between Turkey and the YPG, in order to minimize the possible areas of conflict. The KNC is another Syrian Kurdish faction that was pushed to the side as the YPG grew in strength: in 2017 the KNC’s leader was forced to flee to Iraqi Kurdistan by the PYD, where the group’s armed forces, the Rojava Peshmerga, have been trained by the Western anti-ISIS coalition.

The KNC has good relations with the Iraqi Kurds, who in turn have relatively good relations with Turkey (although their independence referendum in September 2017 has frayed that relationship to some extent). Not being aligned with the PKK, the KNC is more palatable to Ankara than the YPG.

To be sure, mediating the re-entrance of the Rojava Peshmerga to border areas between the YPG and Turkey is not an ideal solution. But it does provide at least some benefit for all actors with a stake in Afrin. While Turkey would like to eliminate the YPG, this is simply beyond their means: the return of the Rojava Peshmerga allows them to claim that they were able to force the YPG and the United States to change their position on the immediate casus belli, the border security force. While the YPG would like to stand alone against the Turks, the weight of Turkish numbers would make this extremely costly: inviting back part of the KNC would entail some political compromise, but the YPG’s (and their parent party, the PYD’s) legitimacy in the eyes of the Syrian Kurds means that they could probably maintain hegemony in the face of the KNC’s political competition. Finally, while the Rojava Peshmerga would want to be fully reintegrated into Syrian Kurdish society, the YPG’s dominance precludes this: fulfilling an important yet circumscribed role for the Syrian Kurds gets them back on their native soil and involved in the political process.

The Syrian civil war involves a complicated array of actors. This is perhaps most true in the country’s Kurdish region, where the YPG, FSA, SDF, PKK, PYD, and KNC (and others) pursue both political and military interests that often conflict with one another’s, but occasionally overlap. When they do, they offer a rare opportunity to seek imaginative solutions to crises like the current one in Afrin. Even if the Rojava Peshmerga are not brought back to help ameliorate the conflict, the re-involvement of the KNC in the political process would help to allay Turkey’s security concerns in the area. These security concerns, if not properly addressed, threaten to bring the Syrian civil war into an even more dangerous new phase.

Matthew Cancian is a PhD student in Security Studies and International Relations at MIT. He formerly served as an artillery officer in the Marine Corps, deploying to Sangin, Afghanistan as a forward observer.