A New Dependency: Our Addiction to Information and Approval are Killing Mission Command 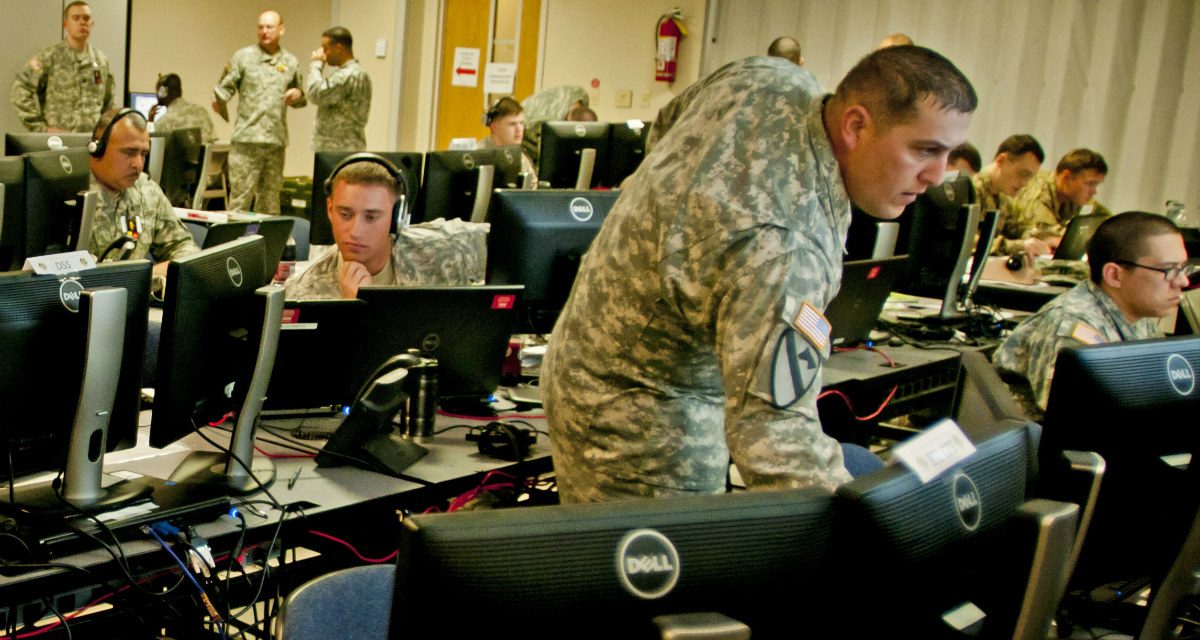 The Army has doctrine and flow charts describing Mission Command. Fort Leavenworth boasts a Mission Command Center of Excellence. The term has supplanted “command and control” as the means leaders use to guide and direct their subordinates’ operations. But, the Army has yet to truly inculcate Mission Command into its leadership culture. After nearly two decades in conflict, the Army has invested billions of dollars in communications platforms that provide the highest levels of command with real-time awareness of the smallest actions at the lowest tactical level. Theater-level command centers can track the icons of moving vehicles, and in some cases individual soldiers, on large format screens in arena-like command centers.

In practice, this concept of command’s challenges are well documented and thoroughly discussed. The roots of the problem remain the very issues Mission Command aims to correct—the abuse or misuse of communications platforms to micromanage operations, and subordinate leader hesitancy to demonstrate initiative without prior approval. The appetite for information has become an addiction and expectations at higher levels of maximum awareness of subordinate actions results in a reluctance among junior leaders to act without permission. If the future operating environment resembles anything close to what the Multi-Doman Battle describes—with units continuously in contact and command posts constantly on the move—the Army must break this cycle of addiction and practice the Mission Command message it preaches.

In order to fix this, there are some very simple and tangible steps commanders can take to increase willingness to assume risk, suppress their appetite for continuous information, and underwrite initiative among junior leaders.

Replace Laptops and PowerPoint with Maps and Butcher Blocks

Leaders expend tremendous time and energy on digital planning and operations documents, like operations orders and graphic control measures. While digital formats make sharing and reproduction potentially faster and quicker, reliance on connectivity can easily subsume what should be the priority—planning and leading. More importantly, in a future operational environment that requires units to minimize their digital footprints to avoid detection, an over-reliance on connected systems places units at increased risk.

The best answer is to unplug. Shifting to analog systems for planning and tracking operations, especially below the battalion level where there are no staffs, provides two benefits. First, time is focused on discussing, planning, and refining operations as ideas are sketched on paper and graphics are rendered on maps. Not too long ago, orders briefs included leaders and scribes to reproduce hard-copy graphics and orders. More active engagement in the process versus document production yields operations that are better planned and synchronized.

Analog systems also help reduce the appetite for continuous updates because information availability is reduced. Such a change allows subordinates to focus on operations rather than keyboards and internet cables. To be sure, this transition requires training and trust—both addressed below—to ensure subordinates adhere to reporting requirements and formats to inform operations at higher headquarters levels. Information remains important for supporting and synchronizing operations, but reducing access to superfluous information ensures focus is directed to more important matters.

Storyboards are intended to showcase successful operations or explain instances when operations were unsuccessful. The CONOP—and this is the slide version, not the doctrinal concept of the operation—generally seeks to gain approval for tactical operations by highlighting how risk is being managed and mitigated. These two documents were born from operations in Iraq and Afghanistan over the last sixteen years, starting with simple, single-page documents and evolving into tedious decks of dozens of slides. A symptom of trying to replicate combat operations during home-station training, both products are now widespread across the institutional and operational Army. Both directly highlight the appetite for information, and the expectation among junior leaders that every action must be approved.

Neither of these is necessarily bad in its purest form, but both have become organizational expectations that require company commanders and platoon leaders to focus on reporting often inconsequential information or gaining approval for tasks well within the purview of junior leaders. Both need to go away. The Army can get the same information from a doctrinal report.

The idea of building mutual trust is not new. In fact, “building cohesive teams through mutual trust” is the first guiding principle of Mission Command. Whether the Army is doing that well depends largely on the unit and who is asked. The challenge is time. In a brigade combat team, there is one brigade commander for seven battalion commanders, and each battalion has an equal number of company commanders. Add in all the noncommissioned officers and the numbers reach into the hundreds.

Limited time is a challenge that has to be overcome, and the best means of doing so is through leader development programs deliberately aimed at building trust between leaders at multiple levels. Investing in robust and focused development programs is imperative. Subordinate leaders must understand their commander’s intent, priorities, and vision. When communications are delayed or disrupted, this understanding ensures they are confident and capable of maintaining momentum and taking initiative. Contested environments require action within an intent, not action upon approval, and building this trust sets the foundation.

Using vignettes appropriate to the level of command, whether historical or hypothetical, are an effective tool for generating discussion. This discussion is paramount, an opportunity for leaders to get inside each other’s heads. Leader development programs—particularly within brigade combat teams—too often focus on the mechanics of collective training tasks. Having these sessions is important, and can support an overall development program, but they miss the mark as the sole focus. Task-focused discussions are more about teaching a particular requirement, and teaching commanders is a different thing entirely from developing leaders and building trust.

These recommendations largely focus on the tactical level of the brigade combat team and below. That is where seasoned commanders and newly minted leaders have the most frequent contact and opportunities for development, and where changes can be most rapidly adopted. The faults of Mission Command as a concept, and the continued inability of the Army to move past lip-service inculcation are well documented. The term itself is less important than the culture it aims to achieve—one in which guidance is clear, intent is understood, and leaders are trained, trusted, and expected to act decisively, take initiative, and assume risk.