How New is the New Afghanistan Strategy? 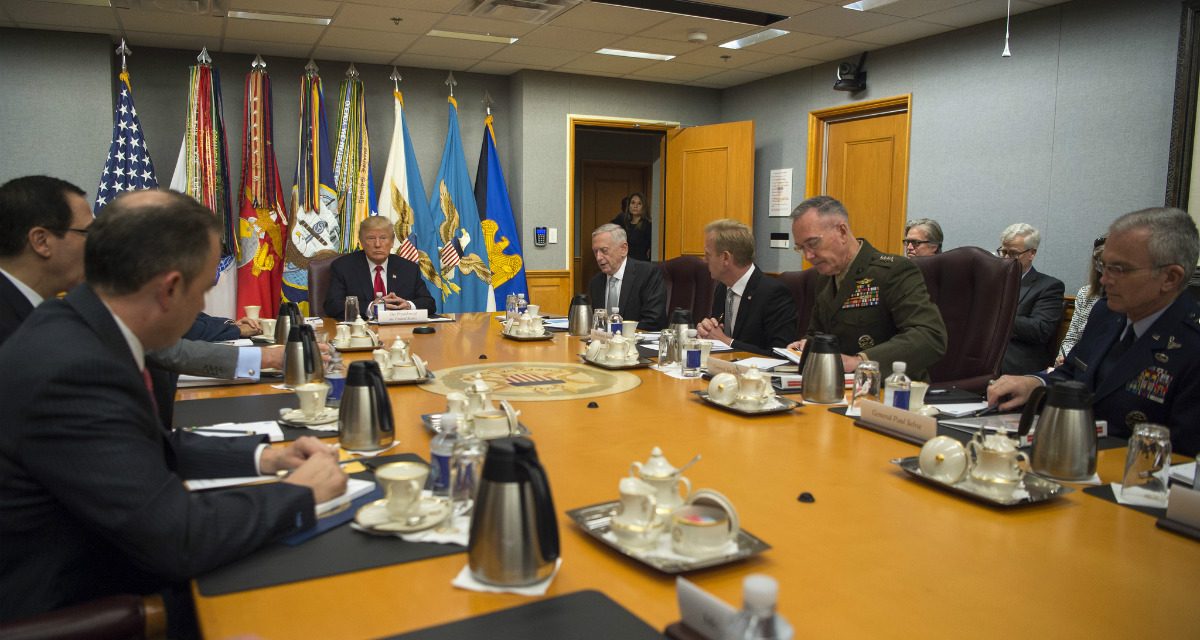 President Donald Trump just finished outlining his new Afghanistan strategy to the American public in a nationally televised speech. The long-awaited result of a review the president ordered shortly after taking office is being billed by the administration as something fundamentally different from the strategies that have guided US involvement in the nearly sixteen-year-long war to date. Specifically, the president highlighted four ways in which the new strategy differs from past American efforts in Afghanistan:

1. Shift from a time-based to a conditions-based approach. In the president’s words, “Conditions on the ground—not arbitrary timetables—will guide our strategy from now on.” He warned that “America’s enemies must never know our plans or believe they can wait us out.”

2. Integrate all instruments of American power toward a political settlement in Afghanistan. President Trump made the case for striking a new balance between the carrot and the stick, with greater emphasis on the latter. “Someday, after an effective military effort, perhaps it will be possible to have a political settlement that includes elements of the Taliban and Afghanistan,” he said. But until any future negotiations with the Taliban transpire and begin to bear fruit, the United States will work with the Afghan military to “confront the Taliban in the field.” Additionally, the Afghan people, he argued, must “take ownership of their future.”

3. Take a harder approach with Pakistan. The president acknowledged that “Pakistan has in the past been a valued partner.” But he also criticized the Pakistani government in arguably the most direct terms used by an American president since 9/11. “We have been paying Pakistan billions and billions of dollars,” he said, while “at the same time they are housing the same terrorists that we are fighting.” He insisted that the country “demonstrate its commitment to civilization, order, and peace.”

4. Further develop strategic partnership with India. President Trump acknowledged that the world’s largest democracy is a “key security and economic partner” of the United States. But the administration envisions a larger role for India in the region. In the clearest evidence that what began as an Afghanistan strategy review evolved into a broader South Asian strategy review, he made clear that “we want [India] to help us more with Afghanistan, especially in the area of economic assistance and development.”

What’s New in the Strategy

The president’s speech was the first exposition of the administration’s revamped strategy, so there is unsurprisingly much that has yet to be revealed. However, the remarks do offer a useful jumping off point to assess how much is actually new in the strategy, and what challenges to implementation are likely to emerge.

The debate between a time-based approach to a conditions-based one is not particularly new. A conditions-based approach is often more desirable for elements on the ground, but runs into a challenge when translating it into budgetary and policy planning. Within Congress, open-ended commitments with uncertain budgets are a hard sell. If the administration can figure out how to overcome this challenge, it would indeed represent a substantial change to the current strategy.

In terms of integrating all instruments of American power, again, without specifics, it is difficult to know how this differs from the current strategy. Previous administrations have also found it challenging to produce integrated strategies for many of our security challenges—Afghanistan among them. The president’s emphasis on both the carrot and the stick notwithstanding, fighting Taliban combatants on the battlefield while holding open the door for negotiations with the group’s leadership is in itself not new.

Ultimately, an effective strategy is the goal, but an integrated one is a vital means to help get us there. In that respect, the president was right to specifically highlight it in his speech. That said, getting the right mix means finding the right balance of funding, and a number of recent secretaries of defense have all argued that other, non-DoD organizations are critically underfunded. Under the administration’s proposed budget, funding for State Department and USAID would decrease by 32 percent. Given Trump’s recognition that “military power alone cannot bring stability to Afghanistan,” this poses perhaps the greatest challenge to overcome in the pursuit of an optimally integrated strategy.

One of the seemingly starkest departures from previous strategies relates to nation-building. “We are not nation building again,” the president promised. “We are killing terrorists.” A natural resistance to the idea of nation-building has long been a staple of American politics (George W. Bush specifically campaigned against it in 2000; Barack Obama, as president, called for more nation-building at home and less abroad). And yet the realities of fighting wars in places with little effective governance seemed to lead inevitably to the conclusion that US-led political reform assistance was necessary—essentially nation-building, whether or not it was labeled as such.

Whether this will manifest as a real strategic shift or more of a rhetorical one is yet to be determined. Certainly, Trump’s statement that “the American people expect to see real reforms” sounds like an acknowledgement of the corruption and other serious problems that exacerbate instability and make it a safe haven for the dangerous terrorist groups. These are, however, also the very problems that US “nation-building” efforts were devised to address. That’s a difficult needle to thread—recognizing the challenges but deliberately disengaging from them. And yet, on the other hand, placing the responsibility for these problems so firmly on the shoulders of the Afghan government, without any specific promise of US assistance, does represent a marked shift. What remains to be seen is how, if the government proves unable or unwilling to make progress in these areas, US military efforts will be impacted.

The Devil in the Details

The president’s speech effectively communicated the key principles at the strategy’s core. It also clearly reflects the Clausewitzian notion that politics and war are inextricably linked—an idea widely agreed upon in theory but difficult to successfully reflect in practice. But the strategy’s details were sparse. This is perhaps inevitable in a short address to the nation, but these details will be as important in determining the strategy’s outcomes as the principles on which it is based. What resource commitments will the strategy entail, and on what will money be spent? If indications that 4,000 more troops will be deployed to Afghanistan are correct, where will US manpower be focused, and what will be the US role in the fight? Past strategic discussions have become bogged down in a debate about overall troop numbers, and it is critical that a fixation on these numbers—particularly as the president specifically declined to discuss them in his remarks (“We will not talk about numbers of troops or our plans for further military activities”)—doesn’t distract from the many other relevant aspects necessary for an effective strategy.

President Trump said that with this new strategy, “victory will have a clear definition,” a worthy goal but one that is not always so simple in modern war. In many ways, the desire for a clear definition of military victory is what spurred the Weinberger Doctrine in the 1980s and the Powell Doctrine in the subsequent decade, both of which emphasized the need to have clearly defined political and military objectives before using military force. Whether identifying a “clear definition” of victory a decade and a half into America’s longest war can help make victory more attainable is one of many open questions that remain. But the president’s remarks made clear the administration’s intent to introduce new ideas to change the dynamics of a war the Pentagon has described as a stalemate, make enduring gains against the Taliban, and counter the rising threat of ISIS in Afghanistan.

Col. Liam Collins is the Director of the Modern War Institute (MWI) at West Point. John Amble is MWI’s Editorial Director. The views expressed in this article are those of the authors and do not reflect the official policy or position of the Department of the Army, Department of Defense, or the US government.