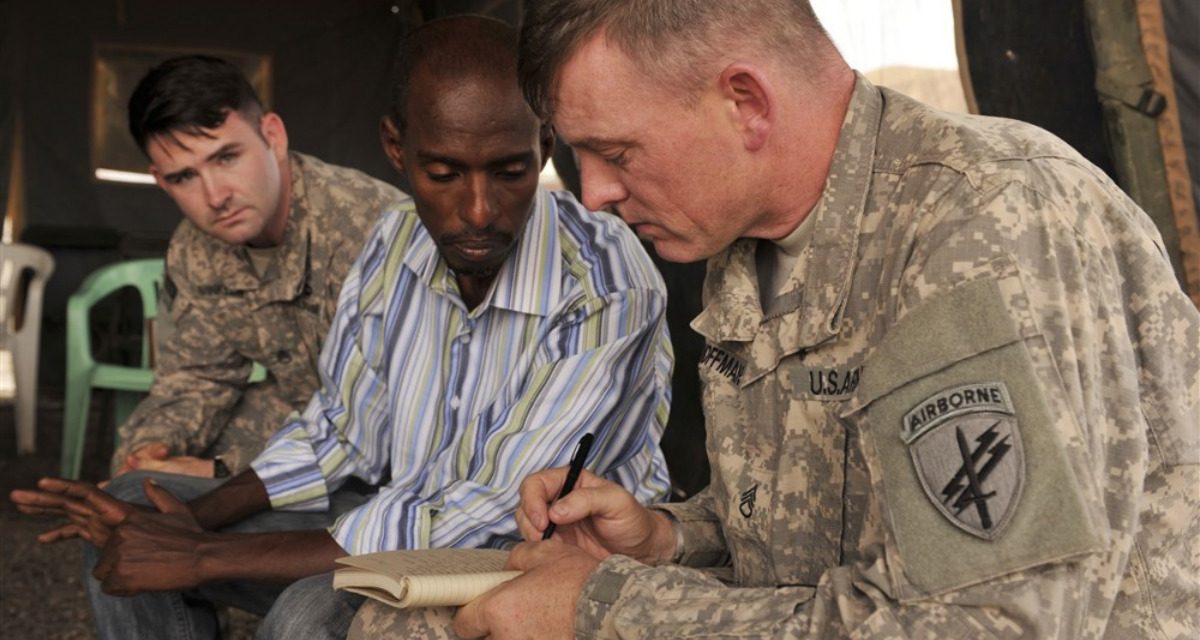 I spent nearly three years as the commanding general of US Army Civil Affairs and Psychological Operations Command (Airborne) (USACAPOC) and thus as the senior civil affairs officer in the Army. I have a pretty good understanding of the problems confronting the civil affairs community. And, honestly, the rote recitation of the same two tropes has grown tiresome and counterproductive. Neither of these two “solutions” will fix the Army Reserve civil affairs force or unite the civil affairs regiment, which many (mostly active component) civil affairs soldiers believe is split along the active-Reserve fault line. As Army courses of action go, they fail the fundamental tests: they are not feasible, suitable, or acceptable.

David Harrell’s recent article, “The Army Reserve’s Troubling Little Secret: Cheap, Inadequate Training,” again advocates requiring Army Reserve civil affairs officers to attend all phases of the nearly yearlong active component qualification track. But, as is typical of those who propose these “solutions,” Harrell fails to grasp some very fundamental issues that have bedeviled the civil affairs force for years. And he also fails to acknowledge some basic facts about how the Army runs.

So, Harrell’s assertion that the active component is relying more on Army Reserve civil affairs forces than ever before is not true. In fact, given the growth of the active component civil affairs force, the converse is true. Still, he is correct in stating that the operational tempo for Army Reserve civil affairs is extraordinary; the nation has been at war for sixteen years. And that operational tempo indeed has highlighted problems that have long existed in the Reserve force.

Let’s start with two fundamental facts, which Harrell apparently misses. First, the Army Reserve civil affairs force is a conventional, not a special operations, force. This fact cannot be wished away, much as some would like it to be. USACAPOC’s thirty-two civil affairs battalions and the one additional Army Reserve battalion assigned to US Army Europe are organized and trained to support the conventional force—brigade combat teams. Those thirty-three Army Reserve civil affairs battalions exist not because some Army Reserve general officer thought they would be nice to have, but because the Army’s doctrine-based process that links strategy to force structure, Total Army Analysis, determined that was the right number.

Thus, contrary to Harrell’s implication, Army Reserve—i.e., conventional—civil affairs forces do not support special operations forces (SOF); that is not their mission. Army Reserve civil affairs units may serve “alongside” SOF, as Harrell claims—but so do any number of other conventional units.

The Army solves systemic problems using the DOTMLPF construct: doctrine, organization, training, materiel, leadership, personnel, and facilities. Not every civil affairs problem is an institutional training problem; in fact, virtually none are. Using as an example the problem that Harrell evidently perceived during his deployment in the Horn of Africa, if conventional civil affairs forces are deployed to conduct SOF missions, then perhaps the issue is one of organization: maybe the Army needs more SOF civil affairs forces. Or perhaps it is one of doctrine: maybe the conventional civil affairs force should not have the mission to support brigade combat teams (because that doctrinal mission drives their organization and training). Or it might have been a personnel problem—maybe soldiers were cross-leveled into hastily assembled units.

But, more likely, what Harrell and his fellow critics don’t get is how the Army trains (there is no “Army Reserve training model,” as Harrell asserts; it is an Army training model). The institutional Army trains soldiers to an objective standard to qualify them in their military occupational specialties—again, based on doctrine. But the Army deploys and the Joint Force employs units, not individuals. If Harrell was correct in his perception of a shortcoming in the ability of civil affairs units to conduct their missions, it likely was a unit training problem, not an institutional training problem.

Units are organized and trained to accomplish their doctrinal missions. If a unit is assigned a nondoctrinal mission, then training for that mission is the responsibility of the unit, not of the schoolhouse. For Army Reserve units deploying to the Horn of Africa, for example, US Army Africa specifies the training requirements, and First Army certifies that an Army Reserve unit is trained on those tasks. So, if Harrell observed Army Reserve units that were unprepared, then unit mission-essential task list training, theater training requirements, and the certification process, not institutional qualification training, are the probable systemic culprits (and I have opined elsewhere about how to fix Army Reserve unit training).

But the Army does not exist in an ideal world. It exists in a world with very real constraints—fiscal and political, among others. The Army is not resourced to send every Army Reserve soldier through the active component institutional training pipeline. Even if it were, the Army Reserve is a citizen-soldier force, and requiring every Army Reserve civil affairs soldier to complete the nearly yearlong active component qualification training would result in a woefully undermanned Reserve civil affairs force. Readiness—the ability of units to fulfill the Army’s requirements and accomplish its mission—is the Army’s sine qua non, and a command at 50 percent strength trained to a razor’s edge is just as unready as an untrained command manned at 100 percent.

That said, I don’t see the active component civil affairs officers and NCOs who usually make Harrell’s argument clamoring to fix the problem by asking to serve in active-Reserve jobs or as observer-controller-trainers at the combat training centers, or by suggesting the establishment of a civil affairs training capability in First Army (which it lacks), or by advocating the creation of training partnerships between active component and Army Reserve civil affairs units. It’s much easier to complain that “those Reservists aren’t as good as we are” because they’re not SOF and don’t undergo the exact same SOF training in the schoolhouse. That’s an intellectually lazy argument.

Remember: The Army deliberately assumed this risk. Let’s debate the reasons for that—and there are many—and how to improve the force without wishing away the real world.

Maj. Gen. Jeffrey A. Jacobs, US Army Retired, is a 1979 West Point graduate and retired in 2014 after thirty-five years of service in all three of the Army’s components. His final assignment was commanding general, US Army Civil Affairs and Psychological Operations Command (Airborne).