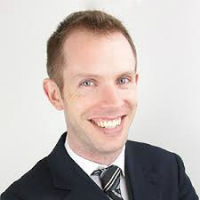 Dr. Jai Galliott leads the Values in Defence & Security Technology Group within the University of New South Wales at the Australian Defence Force Academy. As a former Royal Australian Navy officer and Australian Army Research Fellow, Galliott’s recent books include Military Robots: Mapping the Moral Landscape, Ethics and the Future of Spying: Technology, National Security and Intelligence Collection, Super Soldiers: The Ethical, Legal and Social Implications, Commercial Space Exploration: Ethics Policy and Governance, and Force Short of War in Modern Conflict: Jus ad Vim. His work is concerned with how technological innovations in the defense and security space have enabled a shift away from industrialized warfare, toward a new form of individualized distance conflict that, while offering important benefits, challenges existing concepts, doctrines, risk frameworks, and military/non-military actors themselves in ways that are not always obvious from the study of single technologies. He is currently working a $1 million project for the US Department of Defense on the soldier’s tolerance for autonomous systems, and is particularly interested in examining the origins of security challenges in the tensions between the moral, legal, political, technical, and strategic needs of the relevant stakeholders, as well as reconciling some of these tensions by devising and deploying analytical frameworks grounded in applied social sciences to inform public debate on emerging military technologies and, innovatively, offer value-sensitive guidance to civilian and military policymakers and technical designers.