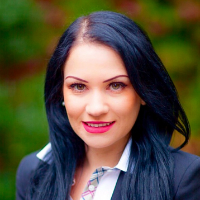 Dr. Margarita Konaev is a post-doctoral fellow in the Center for Strategic Studies at the Fletcher School of Law and Diplomacy at Tufts University. Her research examines the impact of population growth and urbanization on the changing character and conduct of armed conflict, as well as the consequences for civilians living in cities at war. From a regional standpoint, her work focuses on the Middle East, Russia, and Eurasia. Dr. Konaev’s research has been published by Conflict Management and Peace Science, and her writing on urban warfare has appeared in a variety of policy outlets, including the Bulletin of the Atomic Scientists and War on the Rocks. Previously, she was a pre-doctoral fellow at the University of Pennsylvania’s Perry World House. Dr. Konaev holds a Ph.D. in Political Science from the University of Notre Dame, an M.A. in Conflict Resolution from Georgetown University, and a B.A. from Brandeis University.