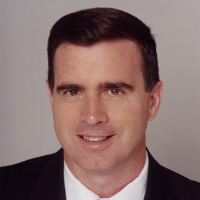 Mike Lyons graduated from the United States Military Academy in 1983 with a degree in general engineering and was commissioned a second lieutenant in the field artillery. His first duty station was at Fort Knox, Kentucky, where he was assigned to a battery within a separate armored brigade of 18th Airborne Corps. He held positions at both the battery and battalion level; he was the battalion S-2 (intelligence officer) responsible for the battalion receiving the highest mark on a rigorous nuclear capability certification inspection, as well as being responsible for the safety of all fire direction activities during a rotation to the National Training Center.

Upon completion of his first tour, Lyons was selected to attend the armor career course, and upon graduation, was assigned to the G-3 of the 1st Armored Division. While in the G-3, Lyons was responsible for the NATO certification Operational Readiness Test for each battalion in the division. Upon completion of this assignment, Lyons was assigned to command A Battery, 3rd Battalion, 17th Field Artillery. In command for over two years, Lyons deployed with 120 men of the battery to Operation Desert Shield/Desert Storm with the 2nd Armored Calvary Regiment, where was awarded a Bronze Star and three Southwest Asia campaign stars. Following his combat tour, he was selected to be the aide de camp for the deputy commanding general of the US Army VII Corps. His last tour on active duty was as the executive officer to the deputy chief of staff for operations, Allied Forces Central Europe in Brunssum, the Netherlands, a two-star US Army general officer.

Mike spent ten years on active duty, and ten years in the individual ready reserve, where he was a military admissions liaison officer for the West Point admissions office. He holds a masters of business administration degree from the Stern School of Business, New York University, with majors in finance and accounting. Currently, he is an established contributor to the CBS Radio News Network and its affiliates, as well as to CBS News as an on-air military commentator, providing analysis on military and national security issues and producing segments for broadcast on military tactics and strategy with regard to the deployment of US military forces worldwide. He provides analysis for the CBS News program “Up to the Minute,” and has also appeared on CCTV America, Al Jazeera America, Fox News, i24 Network, and Wall Street Journal online. He is a retired major in the US Army Reserve.

Mike is actively involved with many veteran support groups and works with them on the transition from active duty back to civilian society. He was featured in an edition of Business Week magazine along with other military analysts for his unique “soldier’s eye perspective” of the war in Iraq. He is a Senior Fellow with the Truman National Security Project, a Washington, DC-based political leadership and national security organization. He is active on social media with a verified account: @MAJMikeLyons.