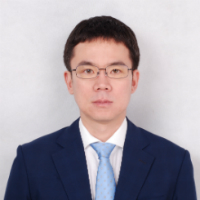 Dr. Young-June Chung is an Assistant Professor of the School of Political Science & International Relations at Tongji University in Shanghai, where he teaches diplomatic negotiation and social science methodology. He is also an auditor of South Korea’s National Unification Advisory Council Shanghai Chapter, and an adjunct research fellow with the Yonsei Institute for Sinology and Institute for International Security Studies at China Foreign Affairs University. His current research projects explore China’s systemic approach to foreign policy strategy and the strategic transformation of US-ROK alliance in the context of China’s rise in the twenty-first century. In the early 2000s, he was enlisted in the South Korean Presidential Security Service for 25 months as a military police and mobile strike force, responsible for guarding the outer perimeters of president’s official activities and the Blue House. He received his PhD from China Foreign Affairs University, affiliated with China’s Ministry of Foreign Affairs, and has master’s and bachelor’s degrees in international studies from Yonsei University.