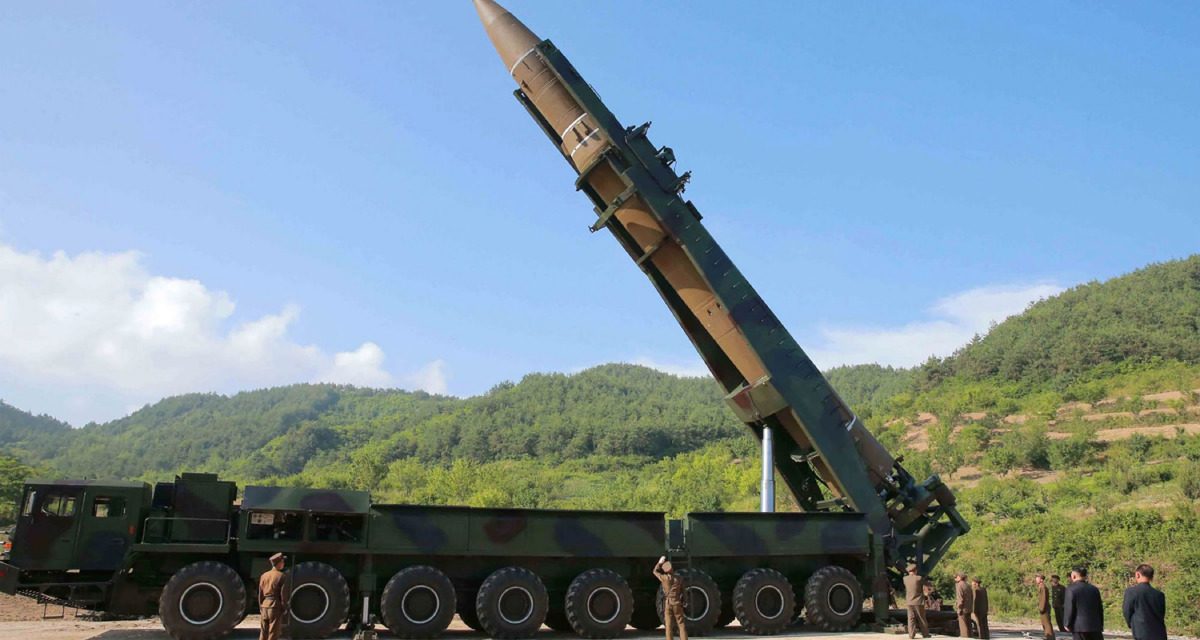 What primary capability has each American adversary invested heavily in over the past decade? (Hint: it’s not better bayonets.)

Why? They intend to use these fires as a tactical stiff-arm to induce distant stalemate—to hold America’s global power projection at bay so they can achieve regional objectives.

While most observers likely see this trend as negative, there is a bright spot: if everyone’s doing it, then everyone’s got relatively similar vulnerabilities. So American military strategists can think about the problem comprehensively.

And these strategists have some hundred-year-old help. World War I also saw a combination of geography and fires that provided seemingly overwhelming advantages for the defender. Then, it was trenches and high-volume fire; today, it’s a combination of distance and water and greatly improved fires.

As Stephen Biddle wrote in Military Power, the advent of this issue in World War I brought “the central problem of modern warfare: how to conduct meaningful military operations in the face of radical firepower.” Sound familiar?

Biddle called the solution the “modern system,” which included “a tightly interrelated complex of cover, concealment, dispersion, suppression, small-unit independent maneuver, and combined arms at the tactical level, and depth, reserves, and differential concentration at the operational level of war.” Taken together, these features “focused on reducing exposure to hostile fire and enabling friendly movement while slowing the enemy’s.”

Our adversaries have led us back to what roughly amounts to a bigger version of the same problem—how to conduct useful military efforts in the face of formidable firepower. Even a hundred years on we cannot simply head into the teeth of their fires, which would be too costly, and our missile defenses are too expensive and limited. A direct approach would be as suicidal today as it was a century ago, and likely losses would require full-scale mobilization and a return to compulsory service—an option our society certainly will not consider.

So what can we take from previous experience?

Military strategists should seek options that fall under what Basil H. Liddell Hart called the “indirect approach,” a general orientation toward putting our strengths against relative enemy weaknesses. And this is not a single, simple act or solitary proposition. There’s no one magic bullet, but—there is effective buckshot. As with Biddle’s “modern system,” we should look to develop a new basket of tactical and operational activities that cumulatively avoid the enemy’s fire strength in favor of their vulnerabilities (or, at least competitions that favor us). Here are four such options that fall under an indirect military strategy for breaking the twenty-first-century version of trench warfare.

The first option is to follow Ike’s dictum, “If a problem cannot be solved, enlarge it.” To beat fires locally, it may be preferable to strike globally. This horizontal widening risks horizontal escalation, but as the world’s most global power, this is a game we’d rather play. There are two variants here: simultaneity, or simultaneously striking at multiple points (e.g., Grant in 1864); and stretching, in degree of width (i.e., how distant, how wide, geographically or in another domain, might we take this?). To some extent, this is the direction the US Army is taking the “multi-domain battle” concept.

The second option is to send in the “spooks, geeks, and thugs,” as British military historian Sir Michael Howard described in a 2015 interview. Howard described what he thought we’d need for future warfare: “spooks” as shorthand for intelligence, “geeks” to represent cyber and digital capabilities, and “thugs” as a stand-in term for special forces, or, small numbers of capable, sophisticated soldiers that can go anywhere. The combination of the three forms an unequal blend of overt and covert actors prepared to conduct hybrid actions in gray ways to achieve national objectives (not all that dissimilar from what we saw of the “little green men” in Crimea).

The third option is reemphasize the American Arsenal of Democracy. Nobody trains and equips others like we do, and we’ve done so with some notable achievements: Britain and the Soviets in World War II, Europe after the war, various anti-communist forces during the Cold War, all the way to South American and African success stories today. It isn’t hard to find others that want to take a poke at the Russians, Chinese, Iranians, and North Koreans. Let’s give them more guns.

The fourth option is to go deep and not get caught—covert action, quiet cyber, NSA/CIA-led (one example is the widely reported US cyber effort to sabotage North Korean missile testing). The reason this falls under an otherwise military-focused strategy is that these clandestine efforts are often augmented by military capabilities. For example, the NSA is joined at the hip with US Cyber Command.

As with a good grog, the best indirect military strategy will be some unholy combination of the above potent choices. Each component should be selected not just for its own value, but its ability to amplify the others such that the strategic sum is truly greater than the parts.

North Korea’s ICBM test is the biggest recent boom to call attention to the problem. The challenge these standoff fires present is immense, and largely why Army Chief of Staff Gen. Mark Milley has said, “We are on the cusp of a fundamental change in the character of ground warfare.” All this means we’ve got to think differently about how to break enemy stiff-arms to achieve our strategic objectives. And an indirect military strategy, with a rucksack full of tactical and operational options, is the best way to breach twenty-first-century trench warfare.

Maj. ML Cavanaugh is a US Army Strategist and a Non Resident Fellow with the Modern War Institute at West Point, and looks forward to connecting via Twitter @MLCavanaugh.