Observations from the Castle 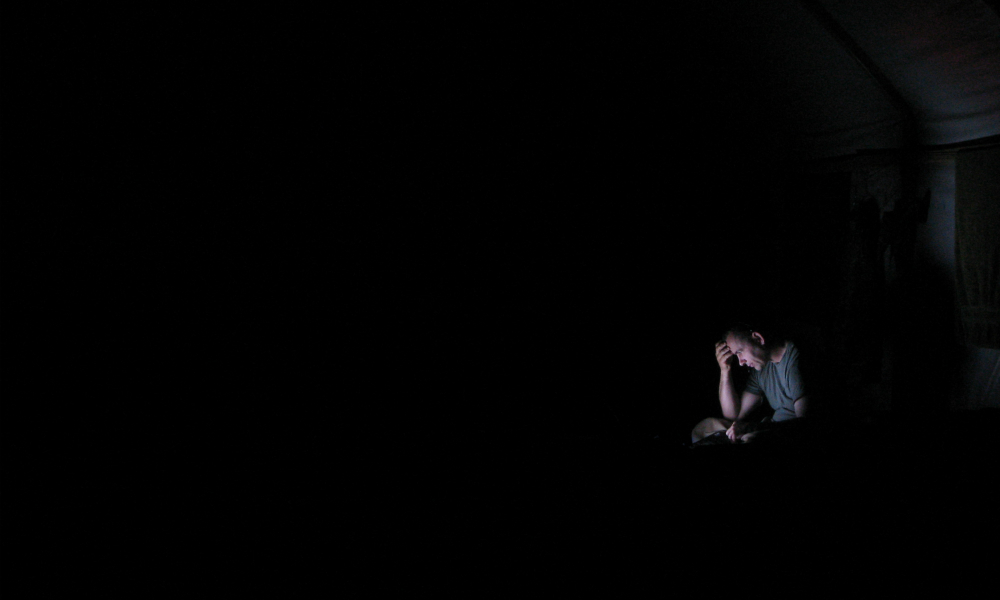 Editor’s note: This short piece of fiction takes the form of an email sent home from a deployed service member twenty years into the future, as the US military continues to pursue its objectives in a long war.

Sorry I couldn’t respond to your email sooner, but I’ve been completely swamped with staff work. I know you’ve been worried about me since I deployed, especially because of Uncle Bob, but remember, my job is way different than his was, and the war itself is so different. We don’t fight that way anymore. I just wanted to reassure you that I’m safe and we’re winning.

Really, it’s not so bad out here. I barely even notice when the alarm goes off or the distant thud of an attack anymore. Anyway, we’re way too busy in the operations center to worry about what’s going on outside the walls. During the PMB (Progress/Metrics Brief) yesterday, my boss actually mentioned that being on the FOB here is safer than living in 13 of the 20 largest cities back home.

My base is technically called CJSOIATF-FOBEC (Combined Joint Special Operations Inter-Agency Task Force – Forward Operating Base Eagle Claw…you know the military and its acronyms). We just call it “the Castle.” The walls are literally impenetrable. Even if the enemy could get past the moat, neither a tank main gun round nor a truck full of explosives could breach them — although they keep trying. Our active defense measures will stop an enemy UAS or mortar round before it ever reaches the perimeter. 40 meters high, 40 meters thick, and 18 miles in circumference — the walls are how it gets its nickname. I haven’t been to any of the others, but supposedly all 12 of them around the country are exactly the same. Much safer than those small outposts from the old days that were so close to the population centers.

The few people with the most dangerous job are the Marines manning the wall in the deadspace not covered by our sensor system. They complain about the 140-pound weight of their bubble armor, but it’ll stop any round short of a .50 Cal. There’s only been one serious incident ever at the Castle, something like 3 years ago, and a top-down investigation and systematic firing of leadership ensured that it would never happen again.

So there really is no need to worry about me, OK? (Honestly, the biggest thing I worry about is the foreigners who work in the restaurants and mall on base, but I know they’re thoroughly vetted.)

I know most people back home are skeptical when they hear the generals say it’s only a matter of time before we break the terrorists’ backs. But with my job as Assistant Deputy Effects Metrician, I know firsthand that our kinetic strikes are having a positive effect. I know we’re winning. In the past four months we’ve raised our daily number of UAS sorties by 16%, increased our kill rate from 76 to 84%, and reduced civilian casualties by 8%. By every metric, we’re making progress.

It’s tough to get metrics on the sentiment of the local populace, since only a handful of manned missions have ventured beyond the walls recently, usually to recover downed air assets, and our contractors train the local security forces on the FOB. Luckily we have good data from other sources. My team analyzes news feeds, social media, etc., and the data shows that between 61 and 72% of the population supports the democratic solution that we’re advocating for their country.

It’s no wonder past generations of warfighters had trouble defeating insurgencies. They simply didn’t have the technology or the analytical tools we do now. Maybe it’s more complicated than that, but it seems so obvious to us. Our algorithms can predict exactly when and where specific assets will be needed based on media and communications analysis, and dispatch them to deal with the situation, all with virtually no human involvement other than command approval from back in the states.

There’s one guy, a grunt who served here like 20 years ago, got out, and came back in. He’s like a gruff character out of an old Clint Eastwood movie. Has this big, kind of macho persona, lifts weights in the gym constantly. He reads a lot of novels, too, which probably explains some of his more oddball traits. He keeps saying we’ve got it all wrong, that we stay cooped up in comfort behind our walls while the world goes on in spite of us right outside. He’s got this thing about honor — he thinks the enemy will never submit to an army that’s too scared to fight them face-to-face. Most people just kind of roll their eyes when he goes off, but he actually said during a briefing last week that if you’re prepared to kill but not to die, it’s not war, it’s murder. I don’t think the command group will be asking him back in the TOC anytime soon.

People are pretty excited about this new technology we’re about to get. It’s been held up in the acquisition process for a few years, but once it’s fielded it’ll be a game-changer. I can’t really discuss the details because they’re classified. Until then we just have to hold steady with what we’re doing. Once we have it, we can finally put an end to this little war. Will be nice to get back to training for the real wars!

Anyway, gotta run. Just wanted to tell you a bit about how things are going. Sorry again for taking so long to reply. I can’t wait to see everyone in a few months. Tell Alex I said congrats and tell Mom I said hi!

Capt. Jason Topshe is an infantry officer in the United States Marine Corps.