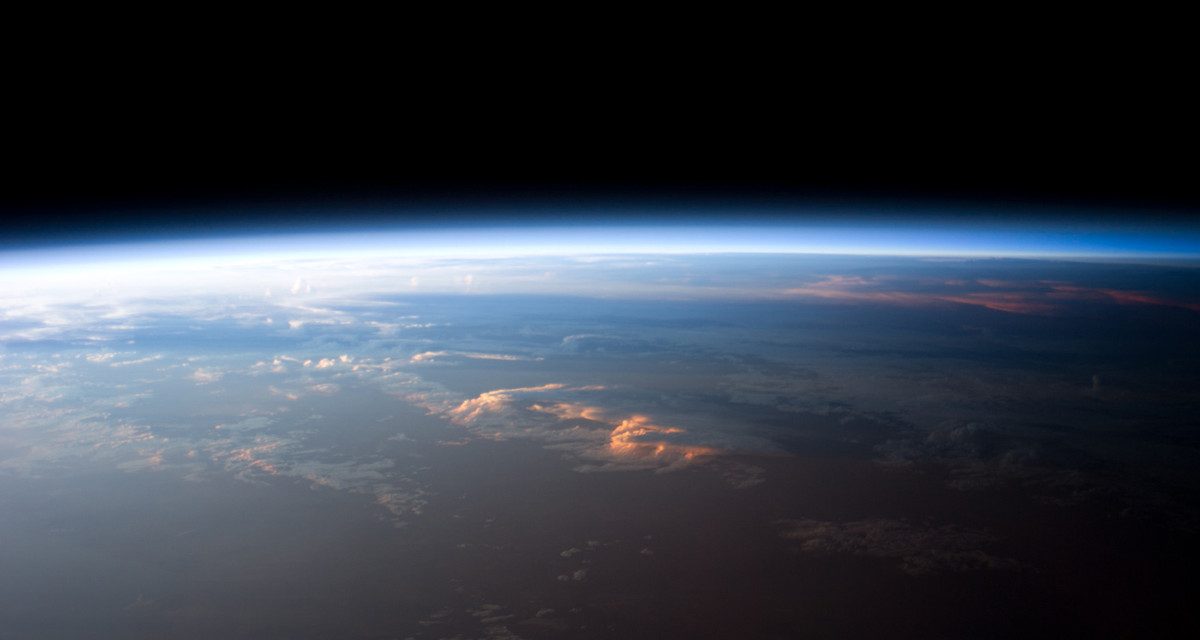 Over the past few years, there has been a huge uptick in public discourse about the “militarization of space”—a phrase that may sound concerning, but it is also nothing new. Much of this discussion has been driven by the founding of the United States Space Force and reestablishment of the United States Space Command. Regardless of how these moves may look to some, as someone who was a party to the discussions surrounding these decisions, I can confidently say that they were not taken lightly, nor were they aimed at establishing the United States as the aggressor in the space domain. The United States did recently formally recognize space as a new warfighting domain, but in order to understand why this happened it is necessary to examine the history of warfare and human activity in the space domain.

The Theory of War

As Clausewitz would remind us, “War is merely the continuation of policy by other means.” Simply put, war is an extension of politics. When political leaders cannot achieve their objectives through peaceful means, they turn to war as a means to a policy end. James Carafano describes how this plays out across the various domains:

War is a competition between adversaries, a contest of action and counteraction that concludes or changes based on the agency of competitors, and this competition unfolds in the domains accessible to each competitor: land, sea, air, space, and cyberspace. Dominating in war is not about dominating a domain. It is about dominating an enemy.

As technology has evolved over time, so too has our reach into new domains—the surface and subsurface of the seas, the air, and now space and cyberspace. In war, the goal is to force the enemy to accept terms that favor the victor. As Clausewitz puts it, “War is thus an act of force to compel our enemy to do our will”—and advancements in technology have opened up new domains, like space and cyber, to enable us to achieve those aims.

Smart practitioners of warfare seek to achieve victory by attacking their enemy’s perceived weaknesses. As Sun Tzu stated: “So in war, the way is to avoid what is strong and to strike at what is weak.” Clausewitz later introduced the concept of centers of gravity, which are the moral or physical strength of the combatants. Rather than directly attacking this strength, as Dr. Joe Strange and Colonel Richard Iron note, “experienced practitioners of the operational art aim to identify the enemy’s center of gravity and its critical vulnerabilities, then concentrate superior combat power to exploit those critical vulnerabilities, thereby forcing the enemy’s culmination and so achieve decisive success.”

As we look to space and cyber as newly recognized domains of warfare, we must remember these concepts apply to all human conflicts. War is a contest of wills between human competitors, and historically these contests take place wherever humans operate and interact.

The History of the Space Domain

Our modern space capabilities resulted from the evolution of Cold War–era technology and the “space race.” Given the devastating effects of nuclear weapons at the end of World War II and the development of those weapons by both the United States and the Soviet Union as the two remaining superpowers at the end of the war, a competition for technological superiority took shape between the two nations. Out of this competition several arms races resulted to include both a nuclear one and, closely behind, one in space. Enabled by captured German scientists, like Wernher von Braun in the United States, the development of each nation’s rocket technology and, eventually, intercontinental ballistic missiles—which allowed nuclear weapons to be delivered over great distances with little warning—increased the mistrust between the two nations. These technologies not only shaped the Cold War, but were also essential to the development of each nation’s space program. After all, the technology required to place a warhead with precision halfway around the world is foundational to the space program as well, since both cases require rockets to achieve similar altitudes and velocities.

When President Dwight D. Eisenhower developed the United States’ first space policy, he prioritized intelligence gathering to see into the Soviet Union. While this was perhaps initially driven by the “Pearl Harbor mentality” that resulted from senior leaders having experienced the strategic surprise that brought the United States into World War II, this need for intelligence was later underscored when Gary Powers’s U-2 spy plane was shot down—and our ability to monitor the Soviet Union’s nuclear weapons program effectively ended. After the Soviet Union launched its Sputnik satellite and established the first space norm of free overflight in outer space, the United States launched the CORONA program.

In addition to the development of intelligence capabilities, as the United States and Soviet Union competed in the space domain, both nations also attempted to build several space weapon systems. In the 1960s, the United States conducted the first high-altitude nuclear detonation test, Starfish Prime, and the Soviet Union’s fractional orbital bombardment system sought to enable on-orbit nuclear bombing—a concept that China’s recent hypersonic test may be bringing closer to reality. Later, the Soviet Union tested an orbiting aircraft cannon onboard the Salyut-3 space station and the United States experimented with on-orbit missile defense with its Brilliant Pebbles system and launched its first direct-ascent anti-satellite weapon system, the F-15’s ASM-135. Eventually, other countries would build up their space capabilities and follow suit, as China did when it tested an anti-satellite missile by destroying its Fengyun-1C satellite in 2007. While the Outer Space Treaty of 1967 sought to limit the development of these orbital weapon systems, it only specifically bans nations from placing weapons of mass destruction on orbit.

In 1998, the Rumsfeld Commission warned of a “Space Pearl Harbor” and that attacks on the US space infrastructure would be likely during a conflict scenario. In 2015 and 2016, US Strategic Command established the National Space Defense Center (which was then known as the Joint Interagency Combined Space Operations Center), under direction from Deputy Secretary of Defense Robert Work to defend our space architecture. In 2019 came the two moves that garnered the widest attention. First, DoD reestablished US Space Command, reflecting the fact that space had already become a warfighting domain, and that we needed a combatant commander supported by all the services to protect our assets in space. Second, in December 2019, the United States Space Force was established as a separate service under the United States Air Force in recognition of the importance of space as a warfighting domain similar to the land, maritime, and air domains. While at the time, the headlines may have made these moves seem aggressive, they must be viewed through the decades of historical context that preceded them.

Simply put, the United States has excelled in modern warfare as a direct result of our ability to leverage our space assets as combat multipliers. During Operation Desert Storm, we were effectively able to navigate through open desert thanks to the advent of the Global Positioning System (GPS)—which was not even a fully operational constellation at the time. Later, during Operation Iraqi Freedom we demonstrated how much further we had advanced as we were able to communicate over vast distances and strike targets leveraging precision-guided munitions that were GPS enabled.

As American military forces demonstrated dominance on the modern battlefield, adversaries took note and developed capabilities to take those advantages away and level the playing field. The 2021 Space Threat Assessment provides an overview of the categories of kinetic and nonkinetic weapons being developed globally to reduce that advantage. Because of the nature of warfare, and our demonstrated success on the terrestrial battlefields, our adversaries continue the growth and advancement of these weapon systems.

Given this uncertain world, with persistent and evolving threats from Iran and North Korea and the renewal of great power competition among the United States, Russia, and China, we as a nation must account for the fact that our reliance on space, while in many ways a combat multiplier, may also be perceived as a vulnerability. As we further analyze our adversaries’ objectives, we must be cognizant of those they may be willing to accomplish through force if they are unable to achieve them through peaceful means. We must also account for weapon systems that can be used to create effects to and from each of the domains in which humans operate—including space.

Returning to Clausewitz, however, generating effects (such as the destruction of personnel and equipment) is not the end goal for warfare; it is to achieve political objectives. The effects our enemies choose to create, and where they choose to produce them, are designed to help them efficiently achieve their wartime objectives. Striking the United States where we appear to be weak, in any domain, is a natural element of warfare that we must be prepared for.

Each time humans have ventured off land, first into the sea and later into the air, we’ve brought conflict with us and leveraged those domains to achieve victory. Warfare extends into all domains where humans operate, because war is a contest of wills to achieve policy objectives by force when peaceful methods are no longer considered to be a reasonable means to a political end. Space is no exception, and it began taking shape as a warfighting domain even before humans first managed to reach it.

It is just now getting the recognition it has been lacking in the past due to the recent successful demonstration of destructive space technologies that have been in development from the very beginning of our foray into the space domain. Given that recognition, we must prepare to defend our vital national interests in this domain and develop our thinking and communication about warfare as it applies to space. That begins with the fundamental principles that define warfare in all domains and an understanding of the history behind space as warfighting domain.

Craig Boucher is the director of the US Army Space and Missile Defense Command’s Space and High-Altitude Research Center.