On Trust and Leadership 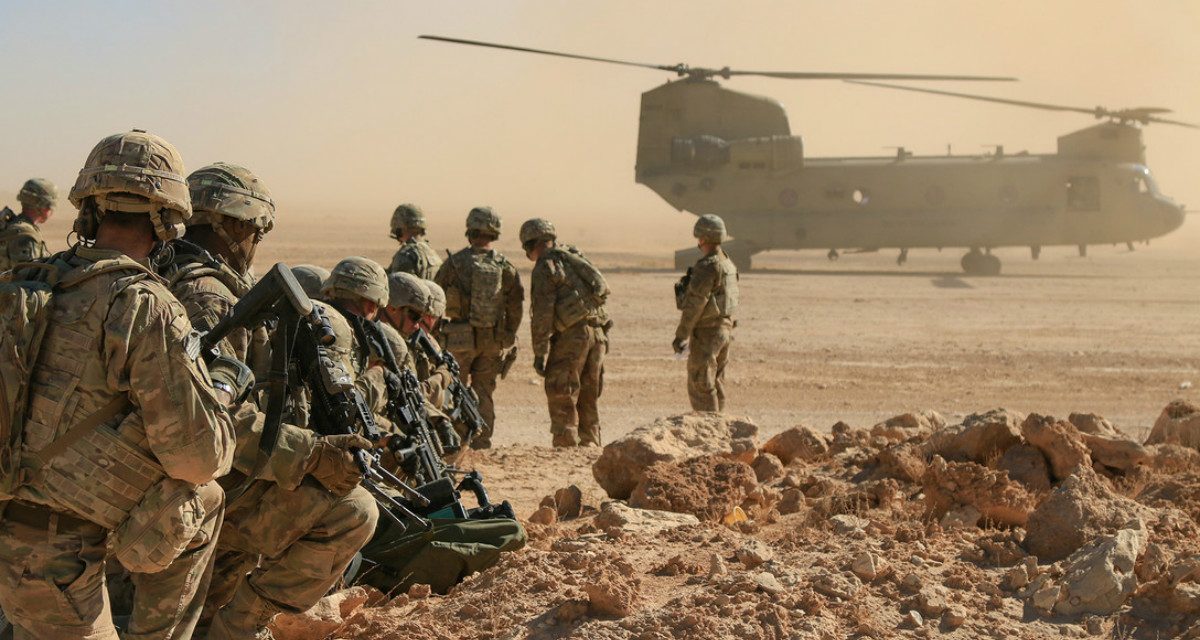 Mission command is fundamental to the way we, in the Army, fight. It is rooted deeply in our Army doctrine and it is how we expect commanders to command and lead. The first principle of mission command is “Build cohesive teams through mutual trust.”

Whether that trust is developed—consistently, and to the degree and in the places necessary to enable effective mission command—might be an uncomfortable question. But it is one our Army needs to ask as we seek to create cross-domain synergy in multi-domain operations.

In May 2017, the Army News Service published an article titled “Future warfare requires ‘disciplined disobedience,’ Army chief says.” The article is a play on one of the six principles of mission command: exercise disciplined initiative. The premise of the article, for which the author interviewed Army Chief of Staff Gen. Mark Milley, is that future, complex battlefields will feature dispersed and disconnected small units operating to achieve common objectives—and that junior leaders will be required to make rapid decisions, within their commanders’ intent, in order to preserve combat power, accomplish the purpose, and defeat the enemy. Gen. Milley made clear that commanders must not only convey tasks to subordinate leaders, but also the purpose of those tasks. Moreover, he continued, leaders, even junior leaders, on future battlefields will be required to understand this purpose, and must have the competence to know what right action must be taken to accomplish not just the task, but the purpose, and the confidence to do what is right to accomplish the purpose.

I would suggest that this has actually been a common feature of our post-9/11 wars, as we have opted to man dispersed bases with less than reliable connectivity and then patrolled away from these outposts in terrain that further disrupted communications. This has necessitated that leaders—with their lives and those of their soldiers on the line—are switched on to not just completing tasks, but accomplishing the commanders’ intent, in some cases even deriving that intent when not clearly provided by higher.

In September 2018, retired Lt. Gen. Dave Barno and Dr. Nora Bensahel authored an article titled “Are You Enough? Our Speech to the PME Class of 2019,” in which they proposed remarks for mid-level and senior service college students. This article asked the students, some of our best and brightest:

Here again, I would suggest these “students” that have spent their careers training for and deploying to combat at the company- and then field-grade level are, by every one of these measures, “enough.” The questions we should be asking are of those entrusted with our operational and strategic leadership. Are you enough? Can you see over the ridgeline? Can you manage the operational and strategic fight without diving into in the tactical one? Do you credibly and consistently employ the principles of mission command or are you a turtle—one that basks in the sun of mission command when all is well but immediately dives into the pond and swims away from the principles when there is a disruption? Do you train, trust, and vigorously support subordinates or do you expect the Army values and trust to only flow upward toward you? These questions are not about giving subordinates a pass for misdeeds, but about overtly supporting them, even when it may not be popular to do so, when they are successfully operating within the mission command construct set by their commanders.

Army Doctrine Publication (ADP) 6-0: Mission Command is written for a principal audience of “all professionals within the Army,” and defines mission command thus: “Mission command is the exercise of authority and direction by the commander using mission orders to enable disciplined initiative within the commander’s intent to empower agile and adaptive leaders in the conduct of unified land operations.”

“Trust” appears in ADP 6-0 nineteen times. “Mutual trust is shared confidence among commanders, subordinates, and partners,” the manual states, for example, in one passage. “Effective commanders build cohesive teams in an environment of mutual trust. There are few shortcuts to gaining the trust of others. Trust takes time and must be earned. Commanders earn trust by upholding the Army values and exercising leadership, consistent with the Army’s leadership principles.”

ADP 6-0 further tells us that “trust is gained or lost through everyday actions more than grand or occasional gestures. It comes from successful shared experiences and training, usually gained incidental to operations but also deliberately developed by the commander. While sharing experiences, the interaction of the commander, subordinates, and Soldiers through two-way communication reinforces trust. Soldiers expect to see the chain of command accomplish the mission while taking care of their welfare and sharing hardships and danger.” Elsewhere still, it says that “commanders use communication to strengthen bonds within a command. Communication builds trust, cooperation, cohesion, and shared understanding.”

In our doctrine manual on leadership, ADP 6-22: Army Leadership, “trust” is mentioned another thirteen times. “Trust, commitment, and competence,” the manual states, “enable mission command and allow the freedom of action to be operationally agile and adaptive.” In perhaps the most concise encapsulation of how leaders should create and enhance trust within their formations, ADP 6-22 says that “Army leaders build trust by being honest and dependable.” Still another manual, Army Doctrinal Reference Publication (ADRP) 6-22: Army Leadership, highlights the Army values. “The Army recognizes seven values that all Army members must develop,” it says. “When read in sequence, the first letters of the Army Values form the acronym ‘LDRSHIP’: 1) Loyalty, 2) Duty, 3) Respect, 4) Selfless service, 5) Honor, 6) Integrity, and 7) Personal courage.”

“Trust” may not fit into the acronym, but is inherent to all of our values. “Loyalty” and “trust,” for instance, are paired together in more than one place in our doctrine. An example, from ADRP 6-22: “Good units build loyalty and trust through training. . . . Loyalty and trust are extremely critical for the successful day-to-day operations of all organizations.” Junior soldiers and officers know the Army values and they understand trust. But all who serve in our nation’s Army—from our newest soldiers to our most senior leaders—need to understand trust. Trust should not be viewed as a linear construct, and certainly not one in which trust flows predominantly in one direction. Rather, it must be treated as a spherical construct, in which the Army values, along with trust, are demonstrated fully and uniformly throughout the service, trust flows not only up the chain but down as well, and both are spread laterally to peers and adjacent units. To return once more to our doctrine, “Trust, commitment, and competence enable mission command and allow the freedom of action to be operationally agile and adaptive.” And “Army leaders build trust by being honest and dependable.” It is abundantly clear that our very effectiveness as a cohesive fighting force absolutely requires these maxims to be reflected at every level, to include our highest levels.

The majority of junior officers addressed by Gen. Milley don’t need to be encouraged to be competent and courageous. I can say confidently from my experience with them—one of the great privileges of my military service—that they have a high tolerance for uncertainty and are brave enough to make the hard calls required to accomplish the mission and protect their force. Nor do the field-grade officers need to question if they are “enough.” What we need, from our Army chief of staff down through field-grade officers, is a discussion about trust and how this is interpreted over time and as one serves at higher levels. I suggest that, within our Army’s culture, we need senior leaders to proactively and consistently practice mission command and foster trust, through action, throughout the force; train, trust, and vigorously support subordinates in the austere, complex, dispersed conditions—conditions company- and field-grade leaders have successfully served in and will do again in the future. Senior officers should pass praise downward for the good things our units do; and when things go sideways, if they are to build and encourage trust and effective organizations, they need to proactively and overtly own the bad things that happen—in training and combat—within the mission command construct they put in place.

Senior leaders throughout our ranks must create shared understanding by consistently using mission orders that include a clearly articulated and understood commander’s intent. If we look back on our deployment history over the past seventeen years of war, a number of battalion and brigade commanders (and likely captains and lieutenants) have been forced to infer their commanders’ intent, do the best they can in the absence of clear intent, and when the fog and friction of war impose themselves, find themselves with no shared understanding or support from senior leaders. This destroys trust and is incongruent with our stated values. And it is unacceptable. When senior leaders do what our own doctrine makes clear is so vital—foster trust, create shared understanding, use mission orders, and provide a clear commander’s intent—and proactively and overtly own the prudent risk accepted by subordinates, those subordinates will habitually identify and accept prudent risk and exercise disciplined initiative. And they will be best prepared to win America’s tactical battles on the complex, dispersed, multi-domain battlefields of the future.

Further, if our forces and our country need competent, agile, aggressive, risk-taking leaders—leaders that amass hard-won tactical victories but also assume the possibility of failure when accepting prudent risk—then those same people must be propagated into the senior ranks, so they can bring these demonstrated characteristics, and much-needed resilience, to our operational and strategic levels of leadership.

Whether we get this right will have serious ramifications in our future wars. The secretary of the Army provides guidance, through the chief of staff, to senior leader promotion boards. General officers sit on these boards and interpret the guidance to other board members. Generals may choose to promote the most competent—those with the characteristics discussed in our doctrine—or the most palatable. When our sons and daughters enter the service and face near-peer adversaries, under supremely challenging circumstances and on complex, multi-domain battlefields, who do we want—who does our country need—to be in command: the most competent or the most palatable? 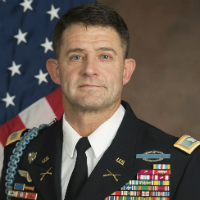 Col. William B. Ostlund has served as an infantryman for nearly 36 years, holding ranks from private to colonel. He has commanded a battalion, two O6-level counterterrorism task forces, and a brigade combat team in Afghanistan, in addition to leading a platoon in Desert Storm and serving as a brigade S3 in Iraq. He is currently the Director of Military Instruction at West Point and holds a master’s of international relations with a focus on security studies from The Fletcher School, Tufts University.