Is PACOM Preparing for the Right Security Challenges? 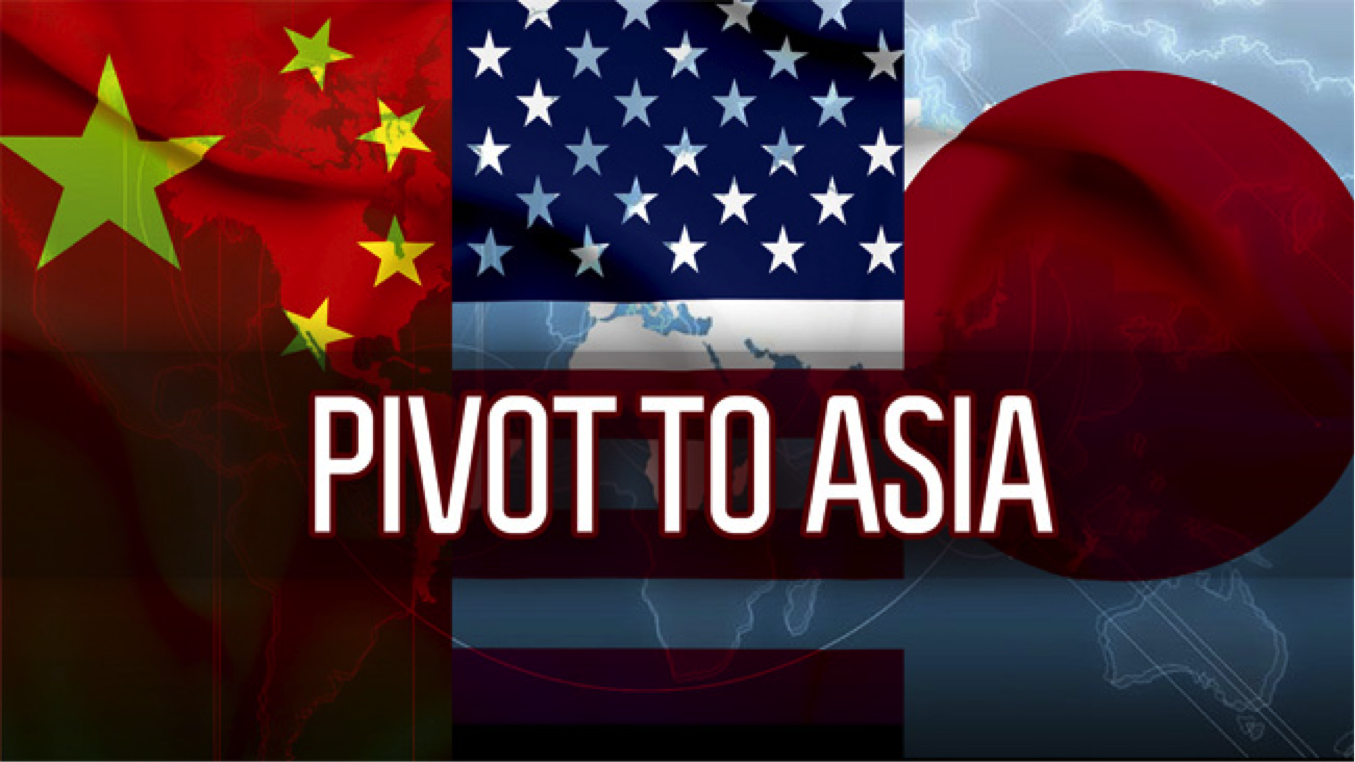 As the successful completion of negotiations on the Trans‐Pacific Partnership (TPP) free-trade deal – the economic pillar of President Obama’s rebalance to Asia – demonstrates, America’s strategic reorientation continues. Even if the TPP is ratified and implemented, America’s rebalance is beleaguered by competing traditional and human security challenges epitomized by inter‐state war and natural disasters. The degree to which US Pacific Command (PACOM) – responsible for operationalizing the rebalance’s security component – can reconcile these countervailing priorities will affect America’s ability to sustain Indo‐Asia‐Pacific security.

China’s increasingly revisionist approach in Asia underscores America’s need to maintain a warfighting capability while concomitantly casting doubt on the durability of America’s “hub‐and‐spokes” security system. Budgetary constraints, a reduction‐in‐force, and Cold War restraints on America’s conventional ballistic missile capability have eroded the US’ ability to wage inter‐state war according to some analysts. This is especially evident in the maritime domain. Beijing’s Anti‐Access and Area‐Denial (A2AD) strategy is designed to exploit US Navy-specific vulnerabilities. China’s investment in ballistic and anti-ship missile technology, as well as “grey zone” capabilities that exploit the space between war and peace and include cyber attack and exploitation, underpin the A2AD approach. Some regional experts interpret China’s development of more formidable military hardware and skillsets as foundational to its pursuit of a “hub‐and‐spokes” arrangement with Chinese characteristics. Functional cooperation on non-traditional security challenges, economic interdependence, and heightened social ties between China and its neighbors are said to enable Beijing to supplant Washington as the guarantor of Indo‐Asia‐Pacific security.

Beyond maintaining a credible deterrent, America and its security system are burdened with the added responsibility of managing human security challenges. Notwithstanding competing definitions of what constitutes a human security challenge, natural disasters, terrorism, and piracy generate instability that threatens regional security. Although this reality helped inform America’s rebalance, the degree to which the policy continues to rely on such considerations is debatable. Most puzzling is the absence of documents that govern how the US and its allies and partners will safeguard the rights and needs of people across the region. The Pentagon’s recently published Asia‐Pacific Maritime Security Strategy lacks serious discussion of non‐traditional security concerns, and the Western Pacific Naval Symposium Code for Unplanned Encounters at Sea evokes limited confidence based on China’s expanded assertiveness.

Initiatives seemingly more aligned against human security challenges, including the recent construction of a National Watch Center in the Philippines, are merely intended to provide situational awareness.

Operationally, the rebalance policy has fostered more initiatives to help confront traditional threats despite the prevalence of human security challenges. This trend is best evidenced by “Pacific Pathways,” a program spearheaded by the US Army in 2014. This program enhances responsiveness and interoperability between America and regional armies. It manages the participation of a battalion-sized infantry unit in a succession of exercises over a six‐month period. While leveraged to deter threats including China’s putative revisionism, planners seem to also qualify this program as a way to manage the consequences of humanitarian disasters to alleviate suffering and destruction. However, it is difficult to determine precisely how the US Army and its sister services will achieve these goals. Initiatives seemingly more aligned against human security challenges, including the recent construction of a National Watch Center in the Philippines, are merely intended to provide situational awareness. The high importance regional states attach to human security compels PACOM to determine how to better enable operations that provide for basic needs. Thailand, for instance, increasingly rationalizes its alliance with America based on humanitarian assistance and disaster relief support.

PACOM needs to better resolve the tension between maintaining a credible deterrent and resolving human security challenges to sustain Indo‐Asia‐Pacific security. A two‐track approach to reconcile these countervailing priorities is possible. First, PACOM should adopt a more sustainable warfighting approach that both expands offensive capabilities and capitalizes on an organic ability to conduct “grey zone” operations. The former is punctuated by weapon systems affording greater range and lethality. PACOM, for instance, recently announced that the US Navy is developing a modified anti-surface version of the SM-6 missile that can help fill this requirement. Operating in the “grey zone” requires increased integration of offensive cyber capabilities as well as command and control systems capable of withstanding A2AD threats. Other counter-targeting measures, such as dispersal and shifting of America’s regional military footprint, will further sustain PACOM’s combat‐power in the event of a Sino‐US war. Likewise, distributed lethality, a concept first introduced in early 2015, is designed to shift naval operations from a defensive mindset while signaling a renewed emphasis on warfighting.

Second, PACOM should advance the transformation of America’s exclusivist “hub‐and spokes” system into an open security architecture capable of resolving the broad scope of regional security objectives through cooperative action. Some experts contend that enhanced regionalism including the Association of Southeast Asian Nations (ASEAN) can lead to a “security community” to manage regional challenges. However, PACOM can also take two mutually reinforcing actions that will enable it to create an inclusive security arrangement beyond a still emerging ASEAN‐led community building project.

While modernizing alliances and broadening partnerships, PACOM should leverage these relationships to achieve greater cooperation among geographically and culturally disparate states. Trilateral initiatives including the India‐Japan‐US, Australia‐Japan‐US, and Korea‐Japan‐US dialogues promise to institutionalize what has heretofore been episodic cooperation on natural disasters across some if not all of these countries as observed during the India Ocean Tsunami in 2004, Japan Tsunami in 2011, Typhoon

Haiyan in 2013, and Nepal earthquake in 2015. Meanwhile, PACOM should extend America’s bilateral alliances and partnerships into regional security fora. Marketed as the region’s preeminent security mechanism, the ASEAN Regional Forum constitutes a favorable candidate. Even more promising is the ASEAN Defense Ministers Meeting Plus (ADMM Plus). By fostering greater indigenous capacity to resolve vulnerabilities, PACOM can transfer the costs and responsibilities of managing Asia’s non‐traditional security challenges to regional states. This would enable PACOM to channel a greater portion of its limited resources towards high‐end threats.

An open security architecture has an additional advantage. It positions the evolving Sino‐US relationship in a cooperative framework anchored by international law and norms to help ameliorate bilateral misunderstanding and miscalculation that can lead to war. Unfortunately, Beijing’s South China Sea reclamation efforts, and American naval operations near China’s artificial islands, threaten to exacerbate a security dilemma. A sustainable warfighting approach for PACOM constitutes an insurance policy allowing America to deter continued revisionism and reassure its allies and partners.

Paul Lushenko is a Major in the US Army. He is currently attending the College of Naval Command and Staff at the U.S. Naval College in Newport, Rhode Island. He is a 2005 distinguished honor graduate of the U.S. Military Academy and holds an M.A. in International Relations and a Master of Diplomacy from the Australian National University, both conferred with highest honors. He has deployed several times to Iraq and Afghanistan with Stryker and Special Operations Forces. 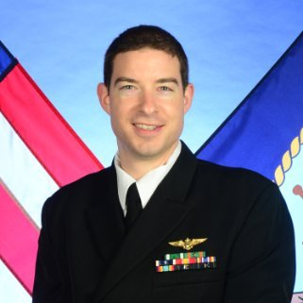 Lieutenant Commander Jonathan “Shank” Lushenko is a 2005 Distinguished Honor Graduate of the United States Naval Academy. He is an MH-60R pilot currently assigned to the staff of the Chief of Naval Operations as an ISR Capabilities Analyst (OPNAV N810). His most recent tour was with Destroyer Squadron TWO TWO as the Air and Future Operations Department Head embarked on George H.W. Bush (CVN 77) as part of Carrier Strike Group TWO. A plankowner of Helicopter Maritime Strike (HSM) Squadron SEVEN ONE, he participated in the first operational deployment of the MH-60R onboard the USS John C. Stennis (CVN 74) and USS Antietam (CG 54) in Carrier Strike Group THREE. Ashore, Lieutenant Commander Lushenko served as the Executive Assistant to the Commandant of Midshipmen and the 14th Company Officer at the United States Naval Academy. He holds a Master of Professional Studies in Leadership Education and Development from the University of Maryland, College Park.
Share on Facebook Share
Share on TwitterTweet
Share on LinkedIn Share
Send email Mail
Print Print