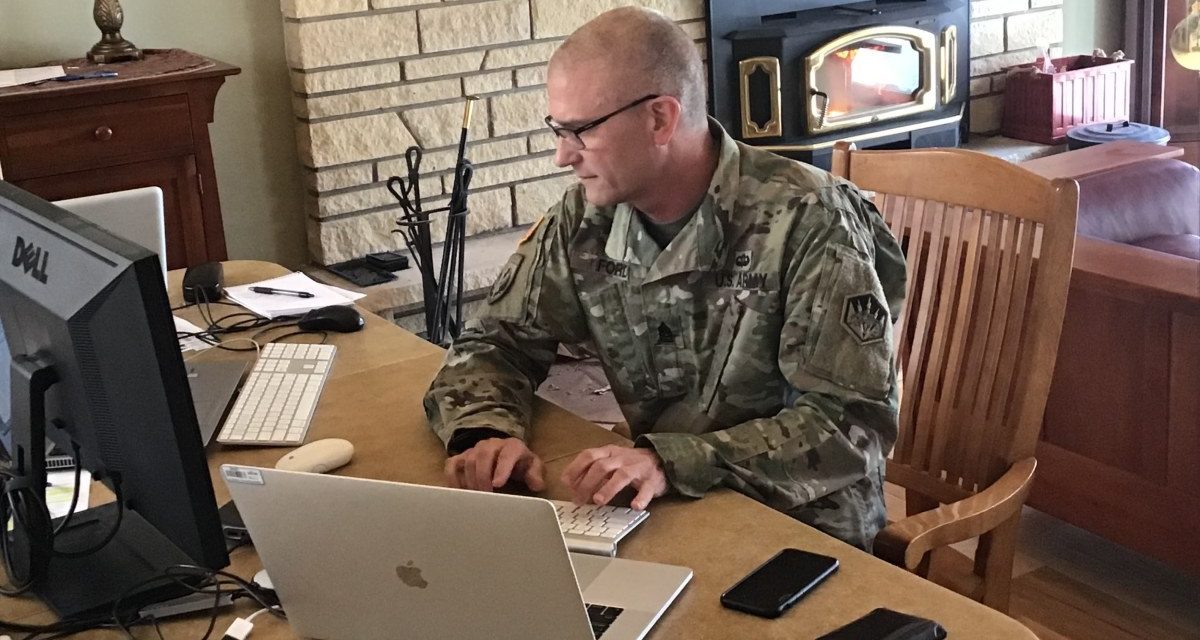 I was in company command for one day before COVID-19 struck the Army Reserve, sending us all into a virtual frenzy for drill weekends and annual training for an unknown duration of time. Administrative tasks became difficult and training became nearly impossible because only a very small fraction of Reserve or National Guard personnel are issued government laptops needed to access most military web-based systems. And our personal computers haphazardly configured with Common Access Card (CAC) readers weren’t going to cut it.

Nearly one year later, the persistent need to conduct remote training and maintain readiness continues to exacerbate the problem of inaccessible web-based systems. Even the primary web-based system for viewing and reserving mandatory training is restricted to the lucky few with issued laptops, who quickly become burdened with browsing the soft yellow light of ATRRS course dates for the rest of their unit.

The problem of system access is nothing new for the Army Reserve or National Guard; between drill weekends personnel can barely check their email, with a storage limit of 512 megabytes, or view pay stubs on the Defense Finance Accounting Service website. Routine tasks such as checking course dates for professional military education, pulling administrative or readiness data, or applying for promotion boards are all impossible or nearly impossible without issued hardware that only a small fraction of the force possesses. This problem is only compounded by the high percentage of broken or outdated laptops issued to soldiers that can’t get past the login screen.

There are only two feasible solutions: fix the hardware issue or fix the software issue. The latter of these is a much more viable and cost-efficient approach. It is also important to specify that the crux of this accessibility problem is not a function of CAC-enabled web-based systems, but rather systems that require users to log in from a government device connected to a government network or use a VPN. If all of these web-based systems only required an intuitive CAC-enabled login, we would not be in this predicament of widespread inaccessibility.

A recent example of a system that is currently accessible (although functionality is another question) is the Controlled Remote Environment (CVR) powered by Microsoft Teams that was rolled out during the military’s remote work transition. CVR is relatively secure (two-factor authentication) and accessible from a government or personal device, including mobile devices. However, it’s going away and is being replaced with a system that is once again only accessible from a government computer on a government network or VPN. I genuinely thought CVR would be the shining light of hope for accessible military systems; this completely unnecessary change to the CVR will cripple the Reserve and National Guard’s ability to collaborate in a remote environment.

The absence of accessible systems for training, readiness, and collaboration forces pragmatic leaders to accept prudent risk and use commercially available platforms such as Slack, Dropbox, or Google to accomplish the mission. The Army has failed to adapt, and more DoD institutional effort has gone into banning commercially available software such as Zoom than approving or developing accessible solutions.

Unfortunately, there will be real consequences if the Army continues to follow the path of inaccessible web-based systems. The few personnel with the hardware required for system access will continue to be overworked to compensate for the vast majority of personnel without access. The Army will waste time and talent because Reserve and Guard soldiers will need to drive hours to their units just to submit administrative paperwork or validate their records. And ultimately, unit readiness and remote training will continue to suffer.

Will DuVal is an Army Reserve company commander working for a private artificial intelligence technology company. He is an international research fellow at Frivärld (Stockholm Free World Forum) and alumnus of King’s College London and Santa Clara University.