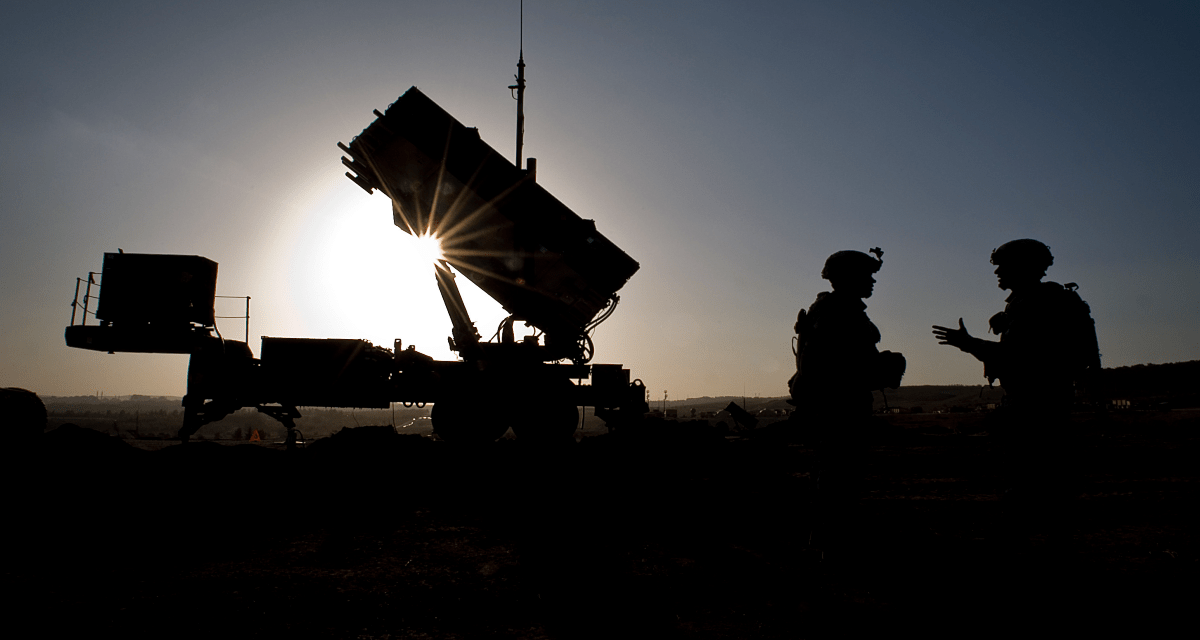 In his address to Congress, Ukrainian Volodymyr Zelensky unsurprisingly asked for additional weapons, support, and funding for Ukraine’s ongoing efforts to repel the Russian invasion. He specifically named one weapon: the MIM-104 Patriot. “If your Patriots stop the Russian terror against our cities, it will let Ukrainian patriots work to the full to defend our freedom.” Shortly thereafter, the Department of Defense announced Patriots were headed to Ukraine as part of ongoing efforts to support Ukraine. Following the training of Ukrainian servicemembers at the Grafenwoehr Training Area in Germany, Patriot batteries will likely be deployed around critical defended areas within Ukraine itself. This move by the Pentagon—although of limited tactical importance—marks a seismic strategic shift in intra-NATO cooperation and sets the stage for long-term NATO-Ukrainian partnership.

Long-range air defense systems are complicated machines, and the Patriot is no exception. While most photographs of the Patriot focus on the M901 launching station, the system also comprises of four other components. The eyes of the system, a C-band radar, feeds information to the brains, the engagement control station. Firing data is sent to the muscles, the launcher, and coordination is conducted with the battalion information control center and to other elements using Link 16. Powering the battery is a truck-mounted generator. Each component is unique and requires intensive individual training and constant maintenance to remain mission ready.

The US Army advanced individual training schedule reflects this complexity, with 14E Patriot fire control operators requiring twenty weeks of advanced individual training. Tactical control officers spend ten weeks at the Basic Officer Leader Course with several more weeks of on-the job training upon arriving at their unit prior to being certified. Patriot batteries are staffed with three tactical site crews. These crews are evaluated through regularly scheduled gunnery tables. The Standardized Patriot Evaluation and Assessment Reporting (SPEAR) culminating exercise serves to test all potential combat situations, with a particular emphasis on preventing friendly fire. If Ukrainian soldiers take no weekends off and do double training shifts, training a single battery of seventy-one soldiers and four officers could be feasibly reduced to two months.

While training on the Patriot takes considerable time, manufacturing, delivering, and fielding them is an even lengthier process. Average deliveries take between four and six years from order to shipment. In 2012, Qatar ordered eleven Patriot batteries and 1032 missiles. Approximately six years later, in November 2018, the Qatari military announced that the Patriots had arrived and were fully mission capable. In March 2018, NATO member Poland ordered two Patriot batteries with a planned delivery of winter 2022. Those batteries have not arrived yet, leading to an offer from Germany to deploy its own Patriot batteries to Poland to supplement the two American batteries already positioned at Rzeszow. Additional orders from Poland came in May 2022 following the Russian invasion of Ukraine.

Waiting four-to-six years for a new system to be manufactured is unacceptable for Kyiv considering the ongoing Russian strategic bombing campaign. As a result, the United States must look internally to find an available Patriot battery it can donate. It is highly likely that the Patriot battery in question will come from the Air Defense Artillery School at Fort Sill, Oklahoma. The probable battery is “a training set of older Patriot equipment” currently being used to train 14E soldiers and air defense officers. As with other American equipment sent to Ukraine, the Patriot battery will eventually need to be replaced with newly manufactured equipment.

Bringing a single Ukrainian Patriot missile battery online may seem like an insignificant thing in a massive conventional war involving whole army groups, hundreds of thousands of soldiers, and tens of thousands of vehicles. From a tactical perspective, this is more or less correct. In the limited terms of putting steel on target, Patriot does not provide any substantial upgrade from the Buks or S-300s that the Ukrainians are already using with significant effect against Russian aircraft and cruise missiles.

The real tactical advantage of the newest Patriot missile is its ability to intercept tactical ballistic missiles like the 9K720 Iskander which the Russians have strongly tapered off using since the first few months of the war due to limited supply. The possibility of Russia acquiring Iranian ballistic missiles expands their ability to attack targets in Ukraine. Here, again, the Patriot offers significant benefits as Saudi Arabia has proven, receiving from one analyst the moniker “the world leader in ballistic missile intercepts.”

A Patriot battery in Ukraine also opens a world of interoperability between Ukraine and NATO in a way that Kyiv could never have done before with its legacy Soviet air defense equipment. NATO and Kyiv are currently sharing military intelligence reports in an unprecedented way, but due to a difference in military systems, the data has to be passed through intermediaries. The introduction of a Patriot system and its Link 16 system streamlines the process by passing Link 16 data directly through the Ukrainian Patriot battery to German or US Patriot batteries or other Link 16 networked military hardware.

This interconnectivity is a major step strategically and geopolitically. Link 16 works both ways up the reporting chain, which means US airborne radars and NATO combat air patrols can pass radar tracks of Russian sorties in real time to Ukrainian Patriot systems, which can fire upon the linked tracks. The Ukrainians can also pass back data on Russian drones, cruise missile attacks, and other activities back through Link 16. The interoperability offered by the Patriots is more than just a tactical or operational asset. It presages a long-term partnership between NATO and Ukraine.

Strategically, this deal is another indicatory of how the Russo-Ukrainian war is going to end in a catastrophic Russian defeat. Getting Law and Justice-ruled Warsaw to agree to German forward deployment on Polish territory is a significant step towards better NATO cooperation. Hopefully, it also signals stiffening resolve within the Bundestag towards pursuing victory in Ukraine.

With US-supplied Patriots protecting Ukrainian patriots on the ground, the strategic landscape in Ukraine and for NATO has shifted. The Patriot is only the latest step in increasing US support to Kyiv. More advanced US systems are likely to arrive with the springtime—matching our air defense commitment with offensive capability—to buttress the Ukrainian war effort against impending Russian offensives. For all intents and purposes, giving Ukraine Patriot marks its official military integration into the NATO war machine and another nail in the coffin of the Russian special military operation. Moscow is rapidly running out of potential countermoves, while Washington and Brussels are just getting started.