Pipedreams and Policy: The Problem with Hoping for North Korea’s Collapse 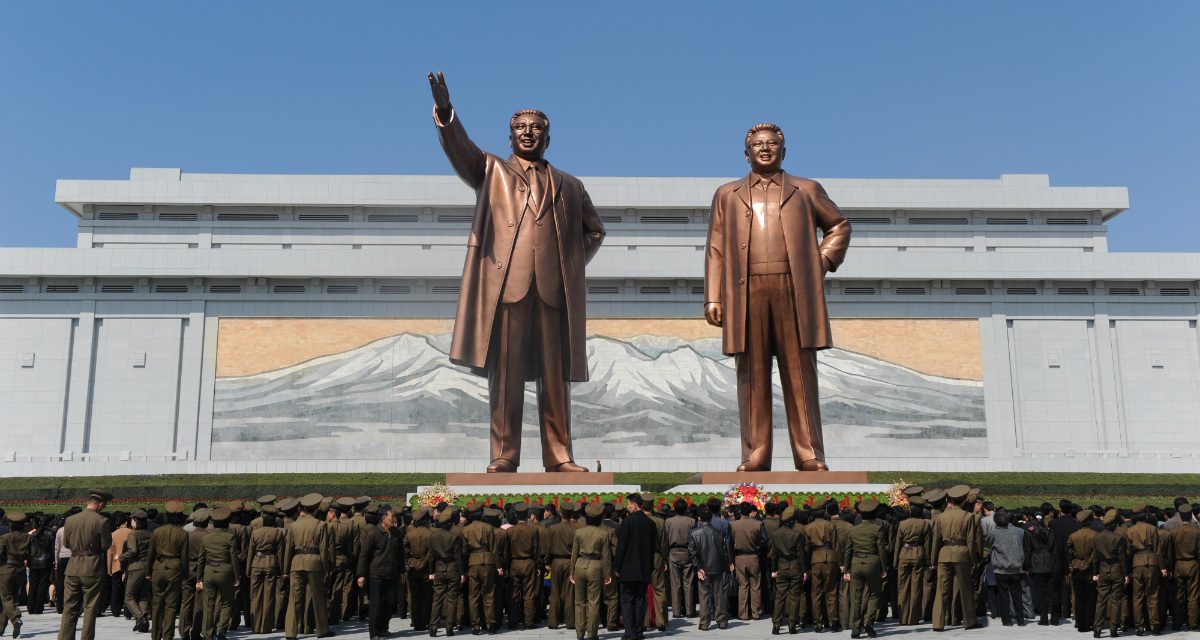 In Congressional testimony earlier this month, former North Korean deputy ambassador to London and prominent defector Thae Yong-ho argued that North Korea is succeeding in implementing its military strategy but is vulnerable economically. As Mr. Thae sees it, Kim Jong-un’s singular goal is to use his nuclear missiles to force America out of East Asia and eliminate the threat South Korea poses to his regime, but his Achilles’ heel is the rise of North Korea’s “free markets,” where foreign goods and, increasingly, ideas circulate. In his testimony, Thae drew on lessons from the Cold War, arguing that the Eastern Bloc “crumbled as a result of the dissemination of outside information.” He sees parallels with North Korea today—where, he tells us, the “domestic system of control is weakening” and it is now “possible to think about civilian uprising.”

Similar hopes have underpinned American strategies to deal with North Korea for decades. As early as 1953, when he was justifying the Korean Armistice Agreement, Secretary of State Dean Acheson argued that Asian communism would “disintegrate from within” in ten years or less. Since the early 1990s, it has been fashionable to predict North Korea’s imminent collapse. Statesmanlike figures urge us to ignore provocations, even as North Korea builds nuclear weapons and intercontinental ballistic missiles.

Nonetheless, North Korea endures. Rather than teetering on the verge of collapse, 33-year-old Kim Jong-un seems stronger than either his father or grandfather were as novice rulers. He has built nuclear weapons that can strike the United States, succeeded in an unprecedented purge of the North Korean elite, and is optimistic enough about the economy that he tied his legitimacy to economic growth in his 2017 New Year’s address. Although it’s impossible to know, it is likely that Kim’s declared national policy of Byungjin—the simultaneous pursuit of nuclear weapons and economic development—enjoys significant popular support.

Byungjin is risky. Kim’s nuclear weapons program is universally condemned abroad and has brought massive economic sanctions on the country. And the ongoing decentralization of the North Korean economy is an unconventional move. Kim Jong-un’s grandfather Kim Il-sung once told East German leader Erich Honecker that poverty ensured security. “The higher the standard of living climbs,” he said, “the more ideologically lazy and the more careless the activity of the people is.” Thae would apparently agree.

In spite of sanctions, North Korea’s economy continues to grow, at a rate of about 4 percent in 2016. When Kim took power in 2011, economic reform was inevitable: the centrally planned socialist economy had collapsed in the 1990s, and a desperate 2009 attempt to eliminate privately held wealth and return power to the state with a confiscatory currency reform ended in total failure. Kim, contra his grandfather’s fears, has steadily raised wages and enhanced the powers of firm managers in a series of perestroika-like reforms, and in 2013 established new “special economic zones” in a Chinese-style bid for export-driven growth.

These economic reforms have not been paired with a glasnost-like political opening of society. The state remains a hermit kingdom, where foreign media is illegal by default. North Koreans are increasingly willing to consume foreign news despite this, and surveys of defectors suggest that in the last decade perhaps half of North Koreans regularly consume foreign media. But consumption of foreign media is an uncertain indicator of political instability, much less of revolution. In the former Soviet Union, about half of the urban population routinely listened to the Voice of America, the BBC, and other Western radio from the 1960s onward. The private doubts thus sown had little impact until the Soviet economy sputtered, the military disintegrated, and separatist nationalism flourished during a period of weak leadership. A similar general crisis in North Korea is unlikely.

More importantly, North Korea’s security state remains intact. So long as the security organs are loyal to the Kim regime, there is little hope of driving change from outside North Korea. Rather than provoking a Soviet-type collapse, mass resistance in North Korea would be brutally crushed, as it was in China’s 1989 Tiananmen Square massacre. While an elite schism is possible, it is unlikely so long as the North Korean economy continues to grow and Kim continues to appease the elite with “prestige” apartments and shopping malls in Pyongyang in a cronyist system. Simply put, North Korea is likely to achieve limited reform and significant economic growth without openness—just as China has.

Tragically, allowing Kim’s fundamentally evil regime to survive may be the least bad policy option. While we should prepare for the possibility of North Korea’s collapse and the massive challenge to regional stability that would pose, we must also recognize it is unlikely. The prospect of nuclear North Korea becoming a failed state is terrifying. This is why China and Russia will never allow sanctions that will actually cripple the North Korean economy, and why United States and South Korea have explicitly declared they do not hope for regime change. Kim may have no reliable allies, but his enemies fear his collapse far more than his longevity, and his own people are powerless to topple him. As a result, it is not hard to imagine him reigning for decades to come.

T.S. Allen is a military intelligence officer in the US Army who has served in the Republic of Korea. Follow him on Twitter @TS_Allen.