The Piracy of War Ideas 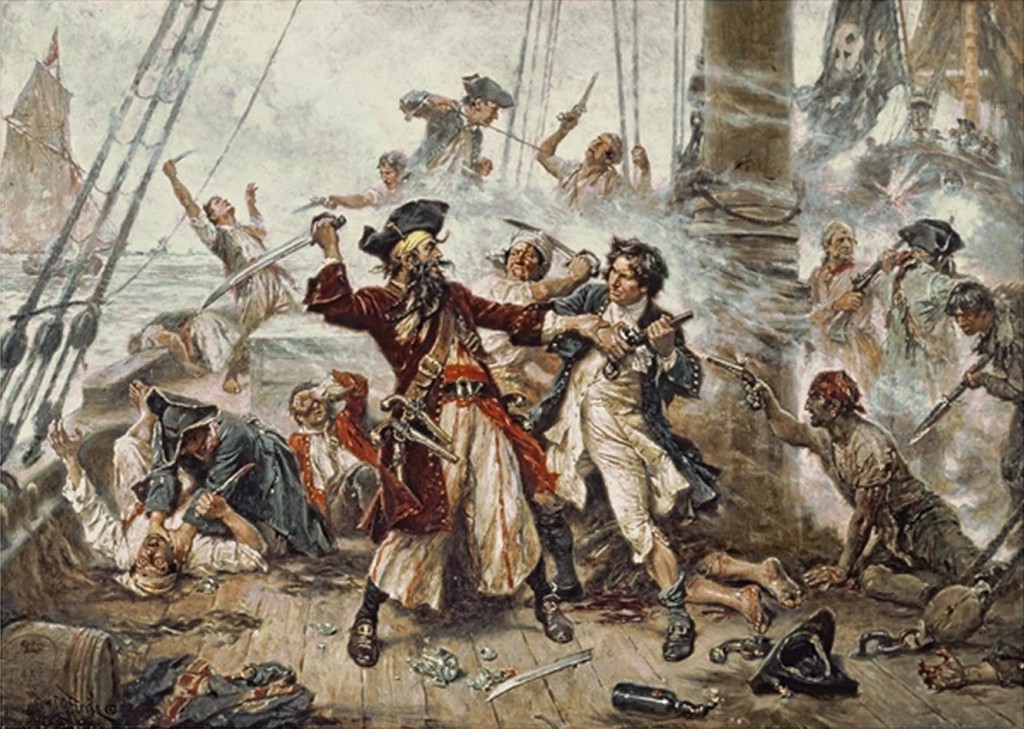 War requires ideas. This is how we make them better.

Each good idea is adrift on the sea of knowledge. To survive this inhospitable ocean, ideas must first be seaworthy – possessing substance (wood or steel), guidance (rudder or sail), and a bit of luck (fair winds and steady seas). With these components on hand, we’ve secured a foundation, and so the next step is to take our newly built, unique ship, with our own banner raised high atop the mast, and sail out into hostile seas filled with dangerous idea pirates. And that’s a good thing for everybody.

Pirates are normally thought of as bad, with skulls for logos, drunken tattoos, and known for their “acts of robbery or criminal violence at sea” – yet, idea pirates serve an important function. The process is natural; Darwin’s sea-borne assassins kill off the weak ideas. Or, at the very least, they co-opt and claim others as their own. Idea pirates board and raid other boats, pillaging what they want for their own and sinking that which is not fit to ride above the waves. It’s all business, not for pleasure, and so there’s an honor amongst pirates – a dignity of the dishonorable, you might say.

Steel yourself; this is what your new ideas will encounter when they attain fundamental seaworthiness. It’s simple. If your ship repels boarders, succeeds in the sea lion fight, survives to stay afloat – then you get to continue to sail. If your ship is boarded, loses, and sinks – then you swim to shore and build the next boat. This is the piratical war of ideas.

As sea states and threats evolve, you might even have to ditch your own ship in order to make ready a more suitable vessel. As Sir Michael Howard wrote in 1982, “Those who do not change their minds in the course of a decade probably stopped thinking altogether.” The sea is constantly changing, and so must ideas to fit such a harsh and shape-shifting environment.

The only alternative to this guerre de course is to submit to someone else’s ideas. To slave away, to “row well and die” aboard another captain’s vessel or passive acquiescence to the tyranny of the tiny screen. A pirate I’ve come to admire, Charles Vane, recently mocked the comfort of such enfeebled domesticity: “[They say:] ‘Give us your submission and we will give you the comfort you need.’ I can think of no measure of comfort worth that price.” This same struggle applies to ideas.

The ship of state requires seaworthy strategies – and idea pirates, as a sort of violent quality control mechanism. So if you’re not swashbuckling swords or crawling cargo, you’re not doing it right. And get ready to join the galley slaves.

ML Cavanaugh is a US Army Strategist, a Non Resident Fellow with the Modern War Institute at West Point, and has served in assignments from Iraq to the Pentagon and Norway to New Zealand. A Contributor at War on the Rocks, he looks forward to connecting via Twitter @MLCavanaugh. This essay is an unofficial expression of opinion; the views expressed are those of the author and not necessarily those of West Point, the Department of the Army, U.S. Forces Korea, the Department of Defense, or any agency of the U.S. government
Share on Facebook Share
Share on TwitterTweet
Share on LinkedIn Share
Send email Mail
Print Print