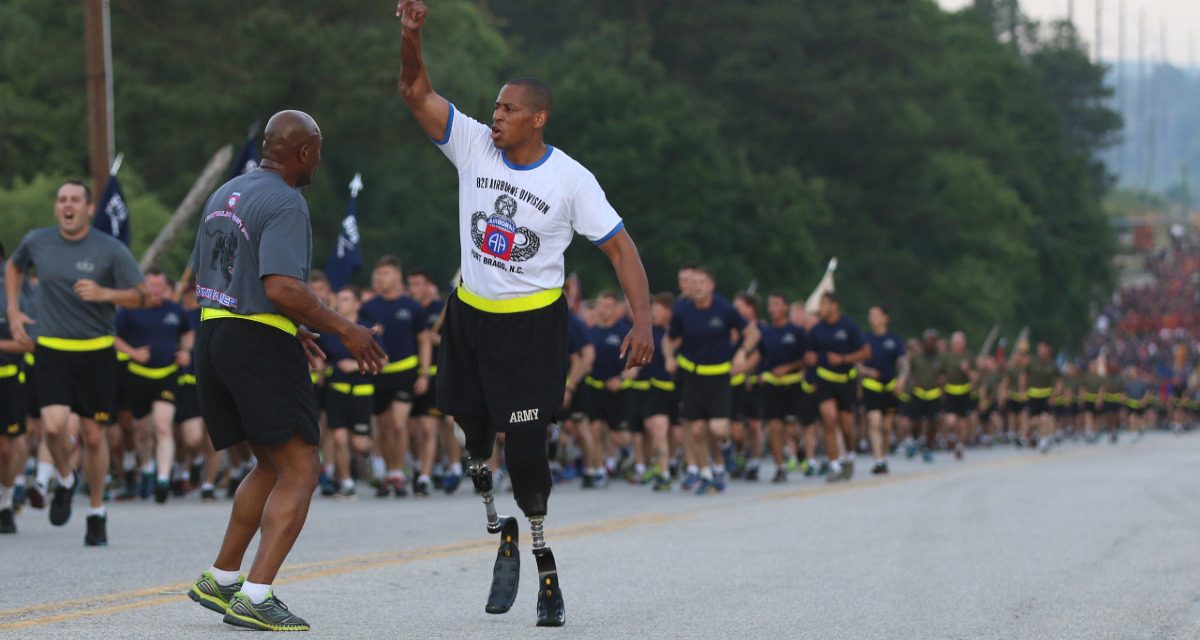 This is a unique episode of The Spear. MWI Deputy Director Maj. Noel Sioson makes his debut as a host on the podcast, and he’s joined by retired Master Sgt. Cedric King. In 2012, he was deployed in Afghanistan. One day—what felt like “a day just like any other day,” as he describes it—during a patrol through an area where enemy forces were suspected to be present, his platoon came under fire. The firefight soon ended, but when he and his fellow soldiers continued their movement, he stepped on a pressure-plate improvised explosive device. The explosion cost him both of his legs.

What’s remarkable about King’s story, though, is how he has come to see his recovery from such serious injuries. “Stepping on that IED,” he says, “made me a better me.” It took him time to adopt that attitude, but both the way he discusses the period after the injury and the sense of resilience he exhibits are extraordinary. You can listen to his full story below, and don’t forget to subscribe to The Spear on Apple Podcasts, Stitcher, or wherever you get your podcasts.