Podcast: The Spear – A Machine Gunner on the March Up 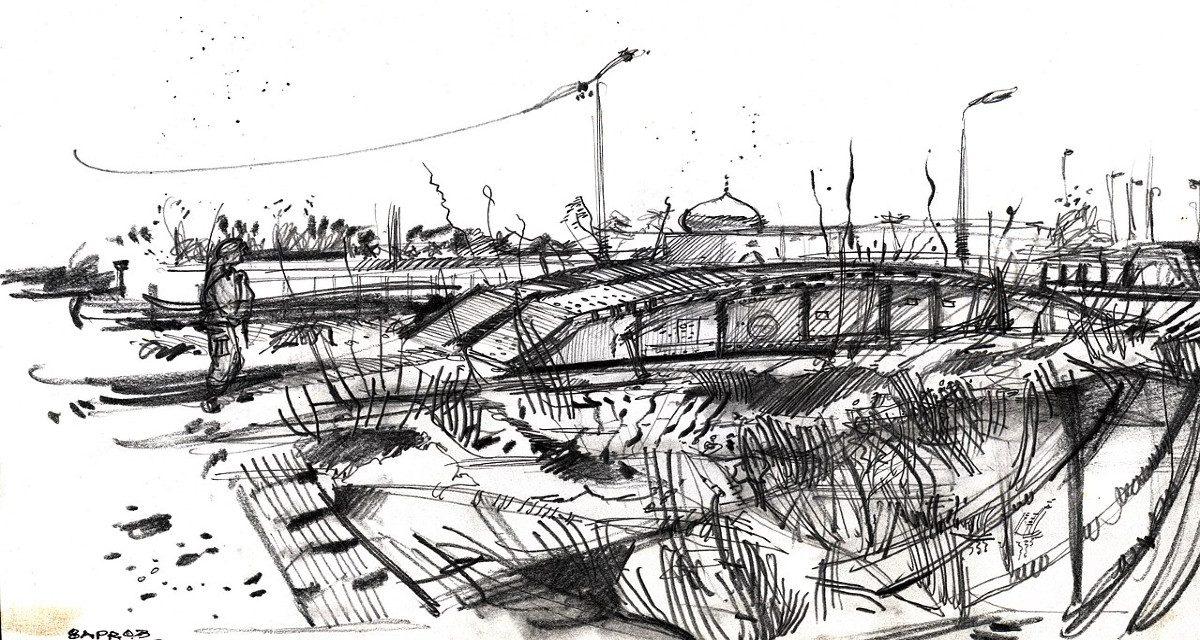 In 2003, the Fifth Marine Regiment was among the units that conducted the march up from Kuwait to Baghdad as part of Operation Iraqi Freedom. Karl Blanke, then a first lieutenant, was a weapons platoon commander in Company C, 1st Battalion, 5th Marines (C/1/5). For three weeks, Blanke and his Marines fought their way to Baghdad. By the time they arrived in the city, the Marines were seasoned combat veterans.

After an all-night gunfight to seize one of Saddam’s palaces, C/1/5 was immediately sent to capture Baath officials suspected to be in a neighborhood nearby. The Marines established a cordon and began searching house by house for their targets with little to go on beyond a set of grid coordinates. As the search continued, the cordon came under increasingly intense and accurate fire. One of Blanke’s machine gunners, Lance Corporal Jackson (pseudonym), was among those on the cordon and was responsible for protecting both the Iraqi civilians inside and his fellow Marines.

Jackson was, in Blanke’s words, not the most motivated Marine. Jackson rarely had a fresh haircut or shave and was less than enthusiastic about going to the field for training. Furthermore, he had been consistently in trouble in the United States prior to the deployment. But on that day in 2003, his actions left an indelible impression on his platoon commander and his fellow Marines.

This episode was originally released in 2021. Shortly after that, we heard from Jackson, and later released an episode with him. It’s well worth your time to listen to that episode in tandem with this one to gain a sense of what troops expect from their leaders.

You can hear the full episode with Blanke below, and don’t forget to subscribe to The Spear on Apple Podcasts, Stitcher, or wherever you get your podcasts. While you’re there, please take a moment to give the podcast a rating or leave a review.