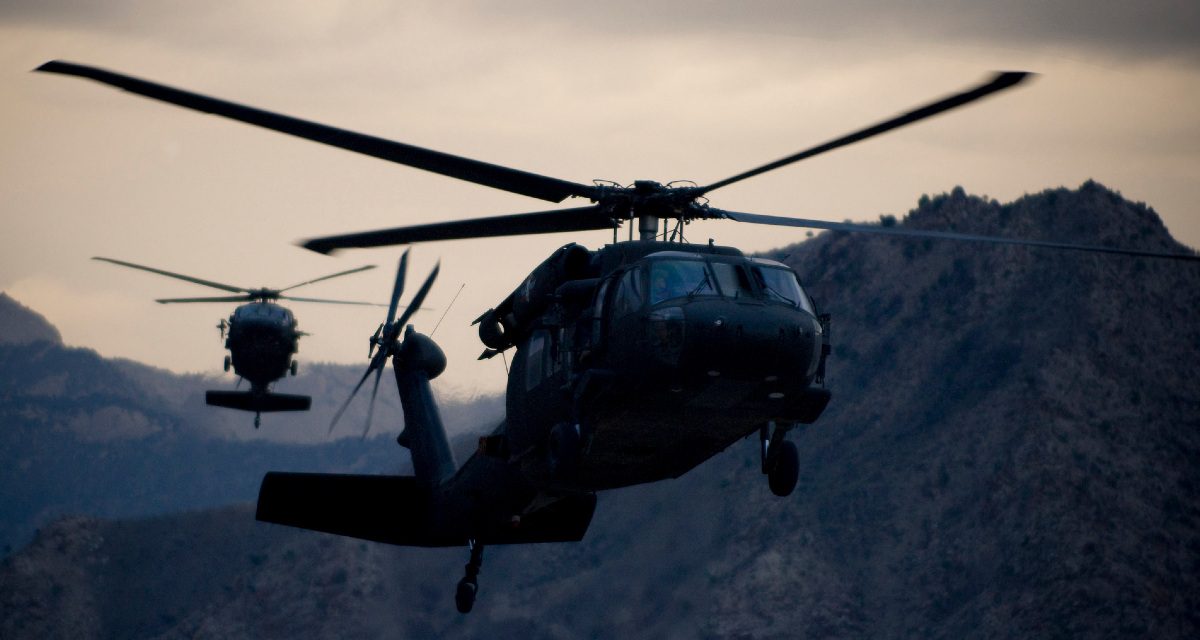 In this episode of The Spear, Chief Warrant Officer 5 Joe Roland joins to share a story from 2004. A decorated helicopter pilot with thousands of hours flying the UH-60 Black Hawk, he was part of the 25th Combat Aviation Brigade when the unit deployed to Afghanistan in 2004.

In April, he flew one of two Black Hawks that—along with a pair of AH-64 Apaches—was flying in support of an Army Special Forces team in search of a group of enemy combatants in Afghanistan’s northern Kandahar province. In his aircraft were a member of that team and two Afghan partners. They landed to drop off those three individuals, who planned to take up an overwatch position, As soon as the aircraft was airborne again, the crew saw enemy fighters approaching the position. Roland made the decision to do what he described as the best thing he could do: hover his aircraft just fifty feet above the ground to cover the friendly position and begin to engage the enemy.

Listen as he shares the story of that decision and the firefight that quickly followed. If you aren’t already subscribed to The Spear, be sure to do so on Apple Podcasts, Stitcher, Spotify, TuneIn, or your favorite podcast app.