Podcast: The Spear – Battle for the Mosque 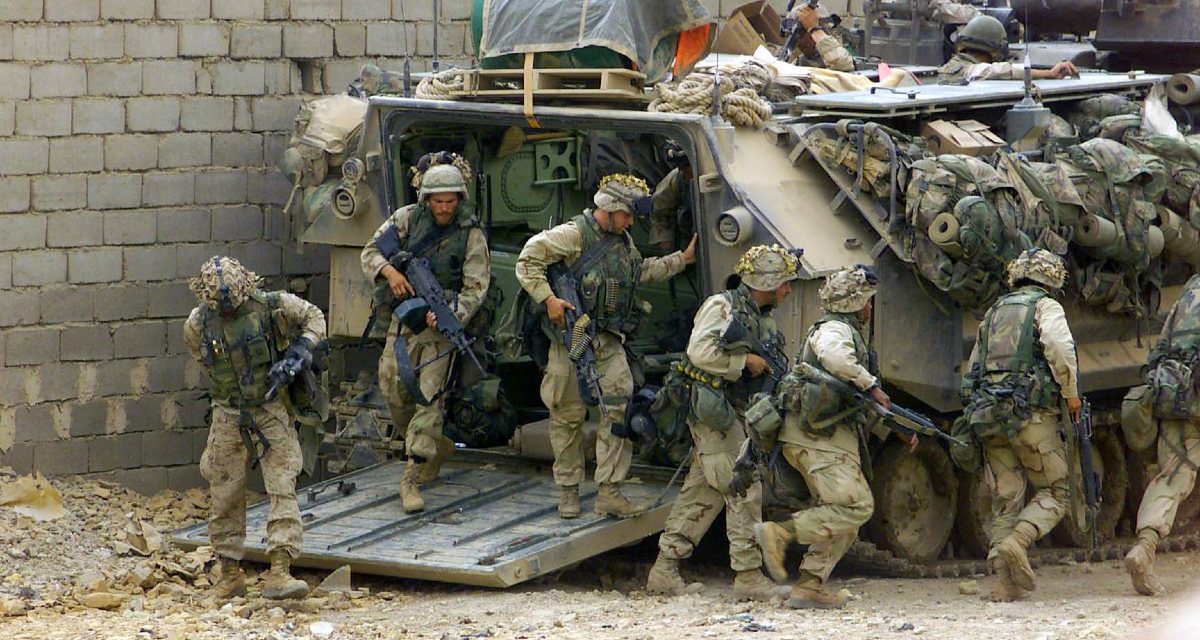 On April 10, 2003, Company A, 1st Battalion, 5th Marine Regiment (A/1/5) was tasked with searching a mosque in Baghdad for Saddam Hussein. The previous night and into that morning, A/1/5 had fought a running gunfight to capture a presidential palace where Marines were wounded and the company gunnery sergeant, Gunnery Sergeant Jeffrey Bohr, was killed. A/1/5 was not immune to death, having lost 2nd Lieutenant Shane Childers on the war’s opening morning. Despite these losses, A/1/5 was sent back out into the streets of Baghdad.

Upon arrival at the mosque, 2nd Lieutenant Nick Horton found his amphibious assault vehicle under direct attack from gunmen in and around the mosque. His platoon was similarly under threat. With a simple and direct command, Horton’s Marines seized a foothold in the mosque, routing the occupants, and seizing a significant haul of prisoners. These actions culminated a long day of combat that saw Horton awarded the Silver Star for conspicuous gallantry.