Podcast: The Spear – Get the Puma in the Air 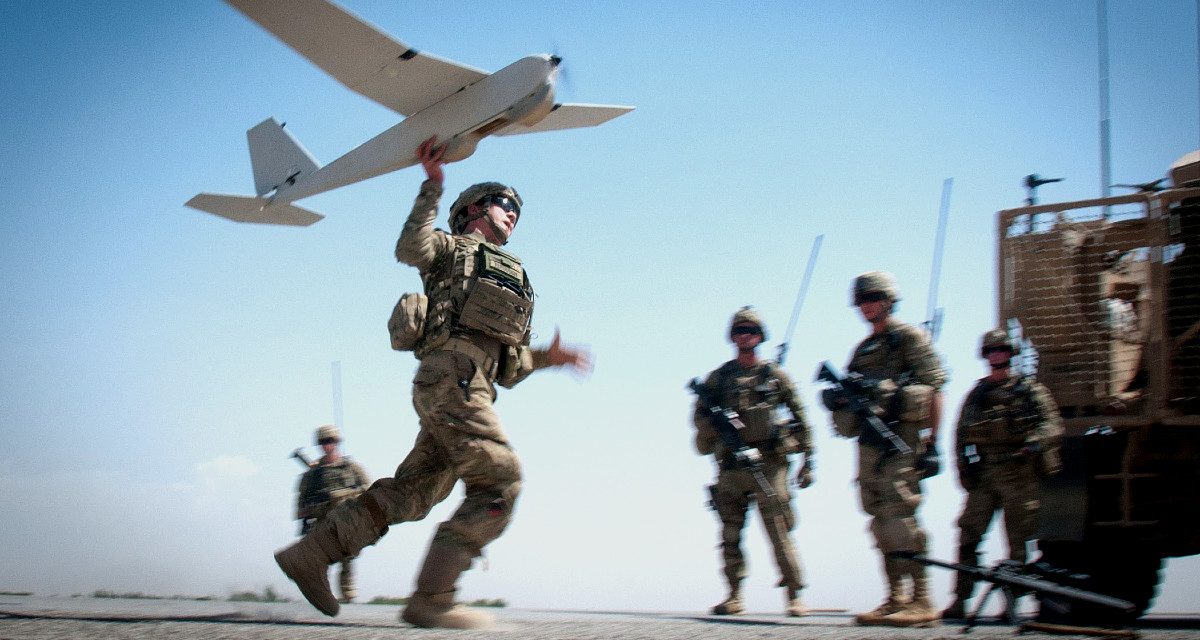 This episode features a conversation with a repeat guest. Several months ago, Chief Warrant Officer 4 Dylan Ferguson joined John Amble to record an episode of The Spear, sharing a story from a 2009 deployment to Afghanistan, where he was serving as an AH-64 Apache gunship pilot. But he has had an interesting career with a variety of diverse experiences, and three years after that deployment he was back in Afghanistan, this time serving as part of the brigade aviation element of 1st Brigade Combat Team, 82nd Airborne Division.

That’s mainly a staff job, but part of his responsibility dealt with the use of small unmanned aircraft systems like the RQ-11 Raven and the RQ-20 Puma, and he sometimes accompanied the brigade’s platoons and companies on patrol. In June, 2012, when one of those patrols made contact with enemy forces and a firefight erupted, the Puma he flew that day would be called into service. He shares the story of that fight, describes the capabilities the Puma brought to it, and relays what happened when the the aircraft went down in the middle of a field just when it was needed most.

The conversation explores the subjects of risk in combat situations, the ebbs and flows of long engagements like this one, and more. Listen to the full story below, and if you aren’t already subscribed to The Spear, be sure to do so on Apple Podcasts, Stitcher, Spotify, TuneIn, or your favorite podcast app.