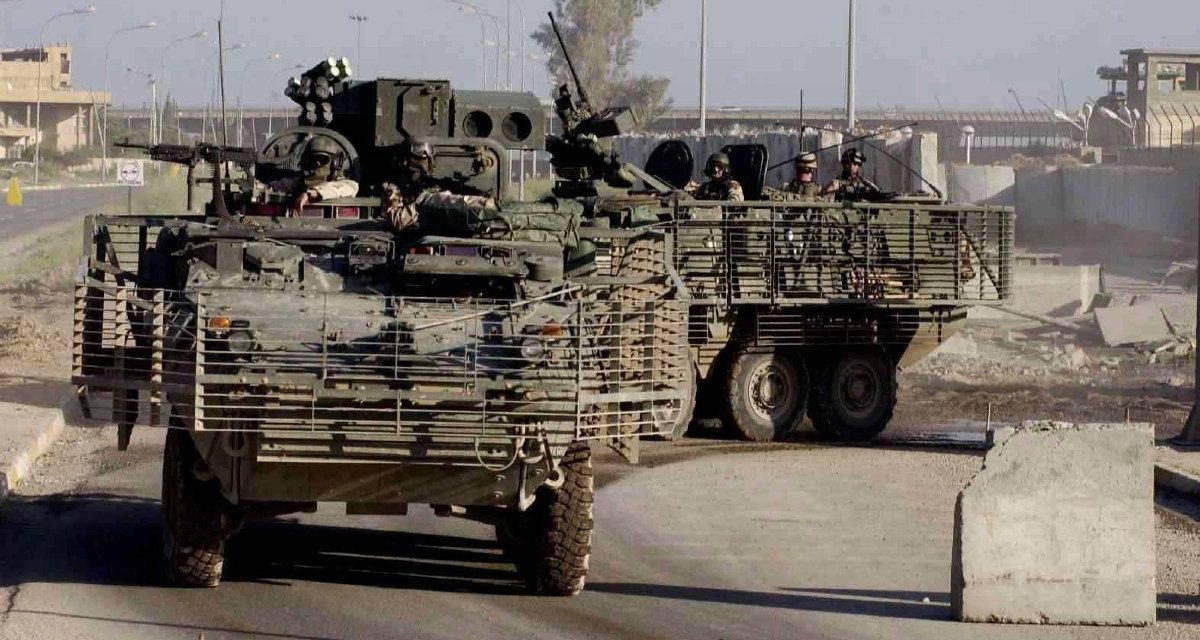 From a young age, Matt Sacra was fascinated by tanks. In 2002, after commissioning as an armor officer, he was close to achieving his goal of leading US soldiers in Abrams tanks. But then he reported to his unit, which had just traded its tanks in for Strykers equipped with antitank guided missiles. He was naturally disappointed, but with a strong feeling around the unit that the soldiers and their new vehicles would soon be deploying to Iraq, Matt began to prepare his platoon for combat operations.

Initially deployed to Tal Afar, Iraq, Matt and his soldiers soon found themselves sent to Mosul to face a growing insurgent threat. Mosul, as the leadership said, was getting hot. Daily patrols turned almost routine until two days in November showed them that danger was an ever-present reality in Iraq. Matt’s troops were ambushed on November 10 and engaged in a battalion-sized operation and battle the following day.

This episode is the first in a two-part series with Matt about this deployment. Listen to the full story below, and be sure to subscribe to The Spear so you don’t miss the second part. Find the podcast on Apple Podcasts, Stitcher, Spotify, TuneIn, or your favorite podcast app.