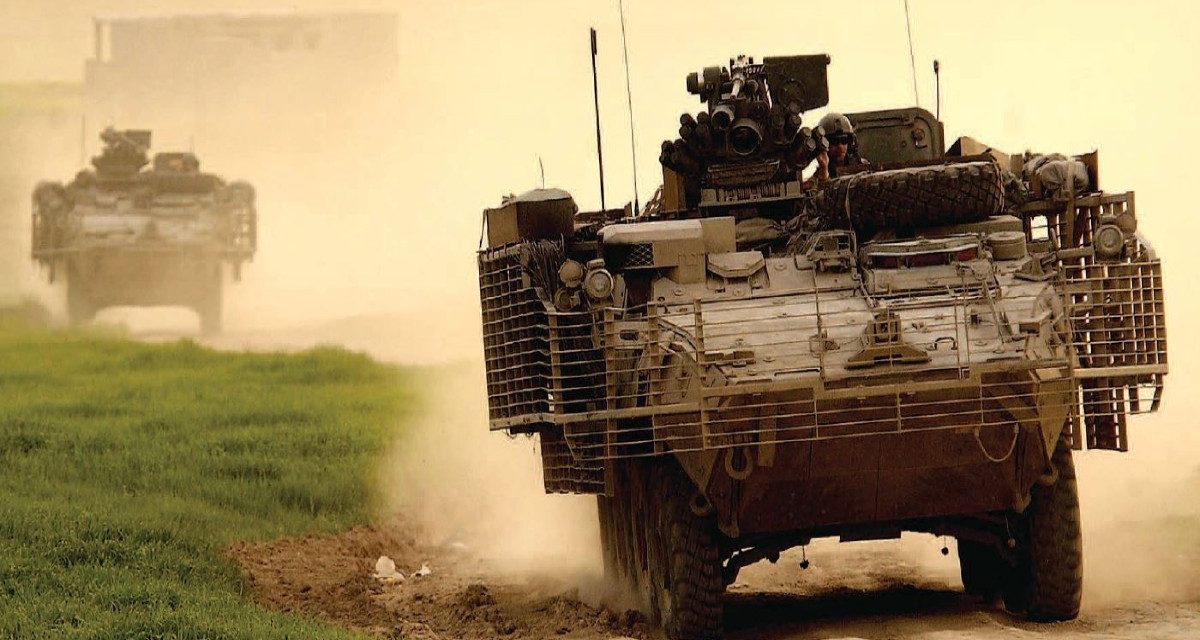 This episode of The Spear is the second part of Lt. Col. Matt Sacra’s story about his first deployment to Iraq in 2004–05. In the first part, Matt recounted his experience as a platoon leader during operations in Mosul. Ambushes and battalion-sized operations formed the basis of the first episode. In the second part, Matt recounts several major events that altered the course of his deployment and the impact they had on his life, faith, and leadership.

On December 21, 2004, a suicide bomber detonated inside the dining facility on Forward Operating Base Marez outside of Mosul. Twenty-two people were killed in the blast, including Captain William Jacobsen, Sacra’s company commander. Not long after, Sacra was wounded for the first time while serving as an adviser to the Iraqi Army. Following a lengthy recovery, Matt was wounded on his first mission outside the wire.

Matt recently finished writing and editing The Armor of God in Iraq: An Armor Officer’s Faith, Growth, and Protection in Combat for upcoming publication by The Second Mission Foundation. Listen to the full story below, and be sure to subscribe to The Spear so you don’t miss the second part. Find the podcast on Apple Podcasts, Stitcher, Spotify, TuneIn, or your favorite podcast app.