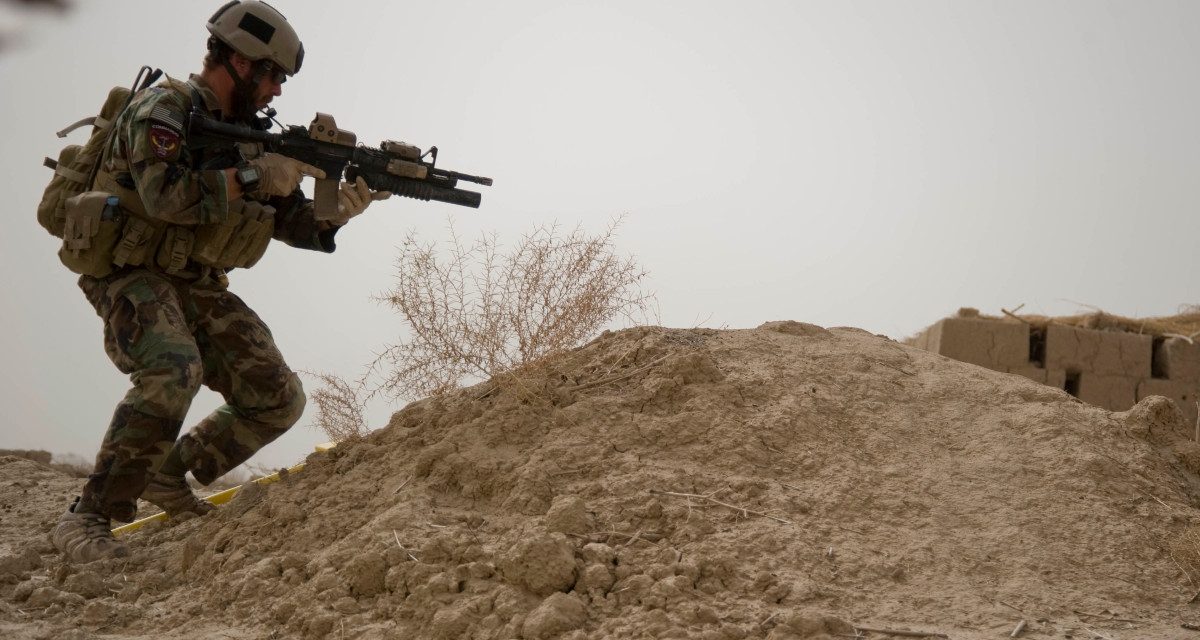 This episode of The Spear features our first repeat guest. In 2018, Ryan Hendrickson was a Special Forces noncommissioned officer and he joined the podcast to share two stories. The first was from 2010, when he stepped on an improvised explosive device and the blast very nearly cost him his leg. The Army actually classified him as an amputee and medically retired him. But he fought to save his leg and to stay on active duty and ultimately return to his team. The second story he shared when we spoke to him two years ago was from a later deployment in 2016.

But there were other deployments in between, including the very first one after being wounded. Just eighteen months after a Taliban IED nearly took his leg, he was back in Afghanistan. More specifically, he was in Panjwai district in Kandahar province, an area where the biggest threat came from the same homemade weapon he had encountered with such devastating consequences less than two years before. Panjwai was littered with IEDs.

Ryan joins The Spear again to share the stories of three missions from that deployment. You can listen to the conversation below or find it on Apple Podcasts, Stitcher, Spotify, TuneIn, or your favorite podcast app. Be sure to subscribe, and while you’re there, please take a moment to give the podcast a rating or leave a review!