The Problem with Great-Power Competition 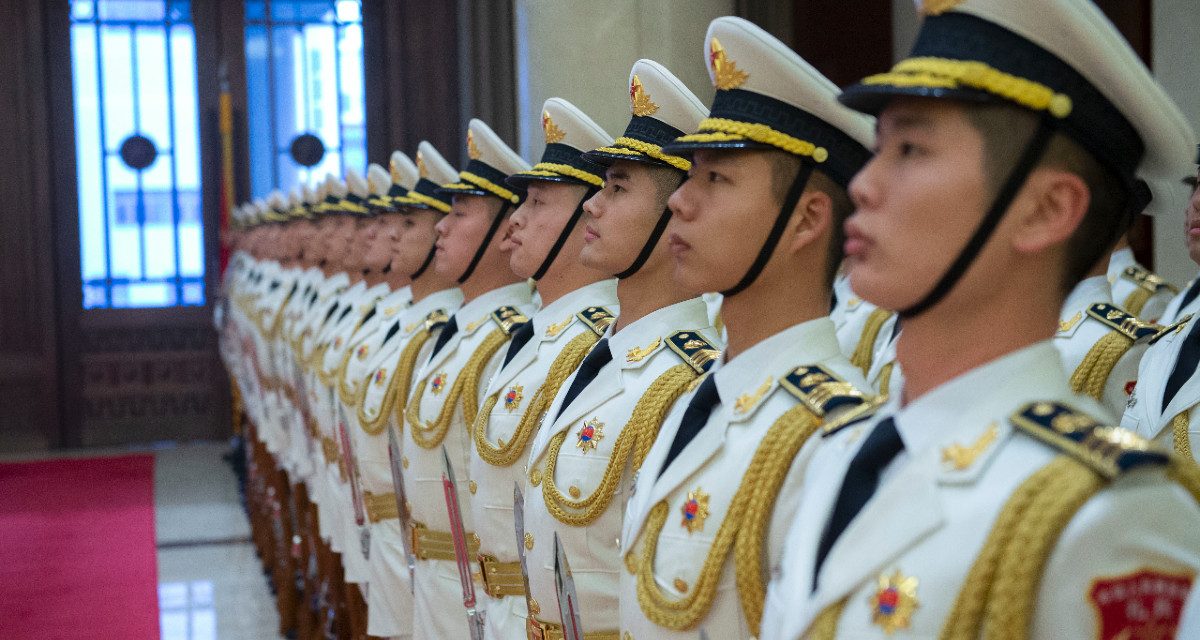 Liberal internationalism has hallmarked the US strategic vision since the end of the Cold War. After a new, unipolar order took shape in the early 1990s, American strategic and operational planners were asked to support a world, according to G. John Ikenberry, defined by “open markets, international institutions, cooperative security, democratic community, progressive change, collective problem solving, and the rule of law.” US military power was taken to be essential to the maintenance of this system. Global stability was sought through deterrence of would-be competitors (most conspicuously via the two-wars doctrine that defined defense planning in the 1990s), as well as through the targeted use of US military force. Liberal internationalism rested on various kinds of US military missions, ranging from freedom-of-navigation operations at sea to stability operations across Europe and the Middle East.

The 2017 US National Security Strategy strikes a very different tone. It envisions a world defined by “great-power competition.” Presumably, this means a return to states using military, economic, and social tools not to support a cooperative system but to best each other. Such a world might be defined by new spheres of influence as powers seek control over the places and systems they deem vital to their national interest. The problem, as Alexander Boroff correctly points out in a recent MWI article, is that this term does not have a common meaning across the many strategic documents that reference it. If such a term is not properly conceptualized, he warns, then how can the vast array of stakeholders in the US foreign policy and defense world cooperate?

This is a valid concern, but in working to address it defense planners must embrace a healthy skepticism of the term itself. Lurking within it are a series of assumptions about the nature of state power and what its exercise looks like. Frankly, strategic vision has been lacking in foreign and defense policy circles for the last twenty years. Instead, the planks of the liberal order and tactical engagements that have defined America’s post-9/11 military actions were seen in terms of efficiency rather than long-term impact. To some extent this is due to the nature of the US foreign policy establishment and its ideological acceptance of liberal internationalism. The result was a focus on troop numbers, tactics, and political capital, not genuine strategic thinking. While evoking great-power competition may at first open up space for such a discussion, there is a real danger that it simply becomes another term that substitutes for genuine strategic planning because it implies a particular way of thinking about the world. Great-power competition is not a neutral term.

Here is the key problem: focusing on the “competition” between great powers substitutes a desire to be best overall, or best in all cases, in place of a clear and practicable strategic vision couched carefully in US interests. Rather than focusing on what is in the United States’ interest and how best to advance those goals—including militarily—in key issue areas, it becomes about simply besting the competitor in any given instance.

How Do You Measure Power?

Power as a concept is as unavoidable as it is problematic. The relative power between states defines the international system and creates the context in which decisions are made and goals defined. In that sense, we need to carefully consider the relative power of potential adversaries in order to make judgments about defense spending, force posture, doctrine, and even tactics.

The problem is that the picture of power we use to inform those decisions fails to capture the ephemeral nature of power. Power may define the nature of international politics, but it is also transient, not simply the outcome of material superiority, and only ever really visible after the fact. Are you more powerful than an adversary? Though the end of military operations may make this clear, successful deterrence, negotiated settlements, and diplomacy manifest power in very different ways that are not easy to compare. It’s not always true that finding a successful diplomatic settlement, or even feeling you bested another state in economic terms on a particular issue, attests to the relative power of those involved. Even when events make the balance of power clear, this clarity is quickly lost as states move forward. States that feel they came out behind will move quickly to close the gap or may simply pursue their goals in another context. If power defines our goals and our ability to pursue them, it creates a moving rather than a static target.

What this means is that power is, by nature, task specific. Power manifests not solely in a state’s ability to win a war but to get a hostile actor to behave in a preferred way. Military action (or the threat of it) may be a means to do that, but we must stress may. This means power is both relational and relative. It is relational in the sense that power only manifests when my ability to get a hostile actor to behave as I want exceeds that actor’s capacity to accomplish the opposite. It is the relationship between the two actors that matters. Power is also relative in the sense that what may give me power in one instance and in relation to one actor may not be transferable.

What does this mean for US foreign policy and defense readiness? It means that, yes, interagency agreement on what a term like “great-power competition” means is essential (if it is to remain a term of art), but it needs to avoid the game-day connotation of the metaphor. Competition implies clear goals, a specific environment, and a clear set of reference points to chart progress. None of this is really true when it comes to great-power relations. Effectively planning for and advancing US interests cannot be reduced back to any singular notion of competition in our world because it shifts focus away from the task-specific nature of power. In saying we compete with other great powers we run the risk of seeing our progress in terms of how many ways in which we can best them, which does not mean we are making progress toward maintaining a world conducive to our national security.

These considerations are already part of how strategic plans are developed within the US military. Complex notions of competition can be found in a number of joint concept and doctrine publications. But, having a complex model for notions of competition does little to address our response when it feels we fall behind a competitor. Is ceding ground or responsibility, say leaving China the South China Sea or adopting a grand strategy of offshore balancing against China that retrenches our position and empowers allies, something that allows us to say we are winning the competition? Does making these kinds of moves indicate we are winning the competition? Do they illustrate a lack of power? It’s not clear. The very real risk is that without a clear strategic vision the notion of competition will push every issue up the competition continuum. What results is not a viable strategy but an overstretching of US resources and attention.

Of course, this may mean that any generalized strategy would ultimately fail (and that’s an assertion that should be taken seriously). Such is the nature of power in our era: paying for relational power in one instance does not bring anything to bear on other issues. The result is not necessarily pragmatism but a generalized notion of competition that begins to eat away at strategic clarity.

What does this mean? US strategic planners should embrace three specific attitudes. First, power’s nature is task specific, and should therefore be leveraged to accomplish those tasks rather than simply to “compete.” Competition may be the order of the day but planning for specific tasks is what will bring real results. Second, and equally important, military technology and tactical success cannot be assumed to equate to advantages in great-power competition. Winning in one issue area may actually mean ceding ground in another. Also, and just as importantly, the inverse may also be true. But, assessing these kinds of tradeoffs is difficult if your focus is on competition.  And, finally, strategic planners should be skeptical that jointness accomplishes this, or that large-scale combat operations are a sufficient means for engaging in a world of great-power competition. These concepts are powerful strategic visions, but they are based on the idea that the coordinated force of arms brings with it command of the environment. In our world, it is the relative and relational nature of state competition that matters.

Jack MacLennan is an assistant professor of political science and graduate program director for national security studies at Park University.