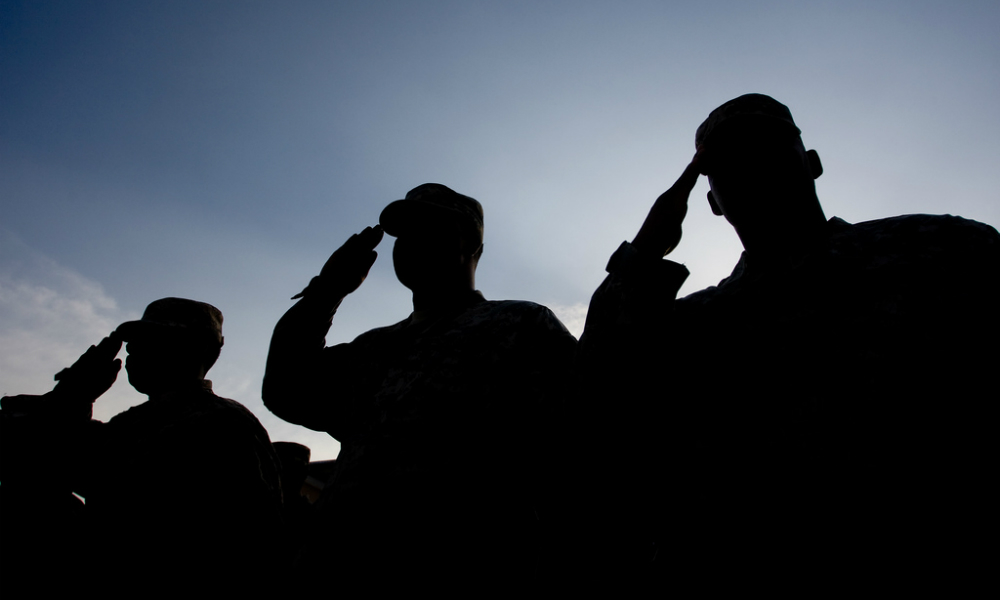 I would never actively cheer an administrational death, but, paraphrasing Clarence Darrow, I did smile a bit while reading Michael Flynn’s resignation in the newspaper. It wasn’t for any personal ill will or partisan reason (my stance on political neutrality is well documented), but my grin formed because Flynn’s actions in retirement have directly contradicted two pillars of the Profession of Arms—its apolitical tradition and truth-telling character. And the end of his short tenure as national security advisor provides the Profession a ponderous moment to reflect on what Flynn hath wrought.

The Profession’s obligation is to hold an apolitical stance and provide absolute truth to maintain society’s trust and support. Many forget, but retired officers are still members of this Profession of Arms because they still hold their commissions—particularly generals and admirals, due to their outsize influence on the public’s opinion. What they do matters greatly to those actively serving. Even after the uniform comes off, an individual can do immense damage to the Profession.

Which is an unfortunate trend that’s grown over time. Beginning in the modern era with retired Adm. William Crowe’s endorsement of then-presidential candidate Bill Clinton, the apolitical tradition of the Profession of Arms has experienced decay, continually corroded by the now-quadrennial race amongst retired officers to publicly vouch for political candidates (these partisan lists of retired generals and admirals now typically approaches the hundreds). While retired officers, as citizens, may have the right to exercise such speech, their choices make, in the words of former Chairman of the Joint Chiefs of Staff Gen. Martin Dempsey, “the task of their successors—who continue to serve in uniform and are accountable for our security—more complicated.”

But Flynn’s example during this election cycle was demonstrably different. During the presidential campaign, he went further than any other current or former retired senior officer. No one has ever been so brazenly over-the-top in breaking the neutrality norm in thought, word, and deed. His Twitter thumb pushed eyebrow-raising ideas for which he was heavily criticized, including by fellow retired officers who went so far as to call his behavior “demented” and “unhinged.” His comments went beyond mere political speech and ultimately veered into his leading a chorus of criminal charges against his candidate’s opponent. Flynn leapt over every previously established line, by a long margin in any modern comparison (even with retired Gen. John Allen, who faced his own criticism for his overt support of Hillary Clinton).

Then Flynn’s candidate won; he profited from breaking the Profession’s norms and became the new president’s national security advisor. For a twenty-four–day–long moment it seemed like he would suffer no personal or professional consequences from the behavior for which he was so heavily criticized. But then his predilection for “dubious pronouncements” (AKA “Flynn facts”) caught up with him and his short tenure in the new administration came to an end after he “inadvertently” misled the vice president-elect about the nature of phone calls he held with the Russian ambassador to the United States. In a press conference, the president’s spokesman called Flynn’s firing “a matter of trust.” And so Flynn, a commission-holding retired military officer, was very, very publicly deemed dishonest.

These events should shock the Profession of Arms into asking some questions: Is this OK? Is it alright for retired members of our Profession to so vigorously, angrily, and publicly advance political arguments? If we do not oppose such behavior can we continue to call ourselves a “profession”? What form should such opposition take? Will Flynn become the standard, or is he an anomaly? Has he set a new norm or was he just a strange outlier? These are important questions that bear directly on our Profession’s continued health and special relationship with society.

For myself, and myself alone, I believe our traditions can suffer one Michael Flynn, yet worry we could not survive a second without severe erosion of those foundational traditions. For such cases, my sense is this threat is so grave and the need to deter similar actions so great that the Profession of Arms should consider morally justified censure—a symbolic withdrawal of honorific titles from offending individuals, as was done in other eras. Such behavior demands serious consequences; we ought to at least consider a tangible professional punishment.

Others, perhaps many, will disagree with this suggestion. That’s arguable and understandable. But the greater agreement that matters most is that the Profession of Arms thinks hard about this unique case; incorporates it into ethics classes and professional development. In the end, with careful study, Flynn’s turbulent time in partisan politics may end up being a net benefit to the Profession of Arms. But that remains to be seen.

Major ML Cavanaugh is a US Army Strategist, a Non Resident Fellow with the Modern War Institute at West Point, and looks forward to connecting via Twitter @MLCavanaugh.