Preparing for the ‘Pure Risk’ of Tomorrow’s Smart Minefields 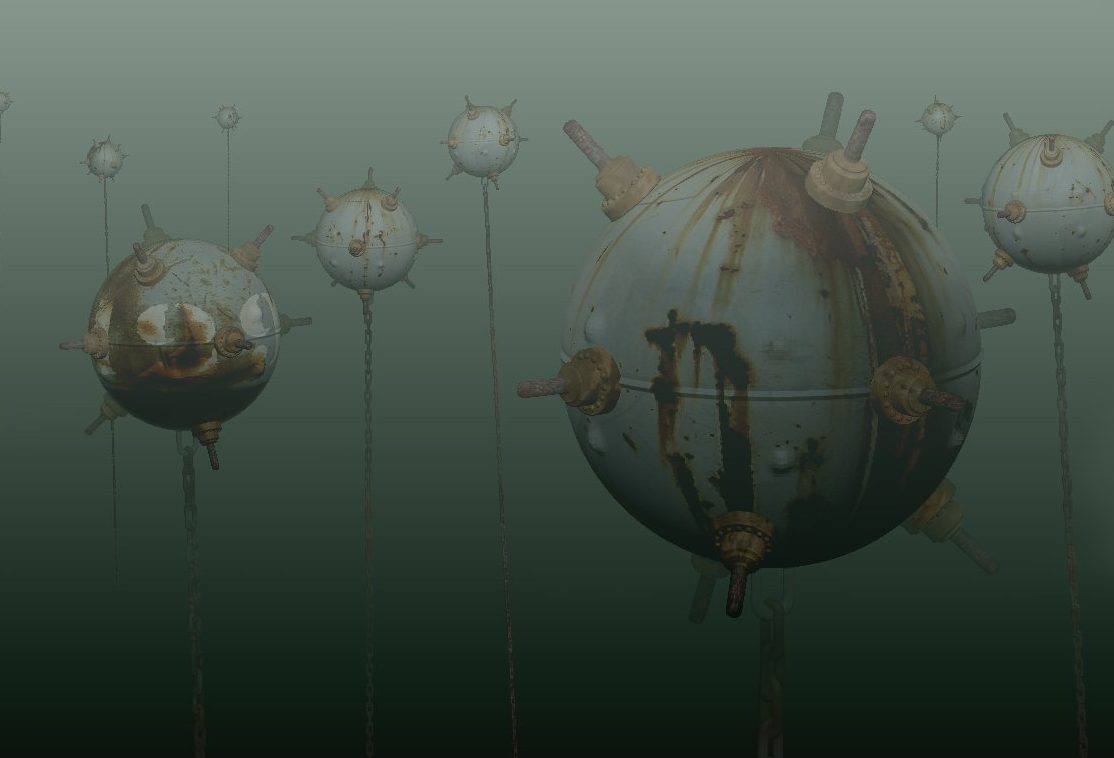 Clearing landmines is one of the dirtiest, bloodiest and most enduring costs of war. Years, even decades after they were first sown, these deadly seeds continue to take life and limb all over the world. From Southeast Asia to Latin America to Western Europe, over 110 million purposefully laid mines and accidentally unexploded ordinance lie in wait like a demon in a mythical tomb.

French farmers accidentally getting blown up a century after the Great War is referenced by Major Jason Hansa (US Army) in his new, contest winning story “Pure Risk.” The story doesn’t focus on landmines, however, nor does it take place in the present. Major Hansa’s story was the winning entry in the recent Atlantic Council Art of the Future Project creative challenge that used crowd-sourced writing and art to explore the promise, and perils, associated with the game-changing technologies of the Defense Department’s “Third Offset Strategy.”

“Pure Risk” is set in the not-too-distant future. Fifteen years after an all-out war in the Pacific, the seas are still littered with unexploded, unrecovered drones. An oil tanker has run across one of these cybernetic sharks, sending it and its entire crew to the bottom.  The resulting panic ripples through the world at large, enlisting not just a multinational military response but also the brain trust at Google (which worries that its unmanned ship-guidance systems will be ripped out of every hull afloat).

Guided torpedo mines are nothing new. They’ve been around, and been public since the 1980s. Tom Clancy even wrote about them in Red Storm Rising, and, as a kid, I dodged far too many as Captain Marko Ramius in the video game version of “The Hunt for Red October.” Likewise, the idea of leftover ‘warbots’ are also nothing new. They’ve existed in science fiction as long as the robots themselves.  My personal favorite was the 1995 movie “Screamers” based on the short story “Second Variety” by Philip K. Dick.

So Clancy, Dick, and many others might have come before Hansa, but no one to my knowledge has fused imagination and hard data into such a scarily credible future. And as exciting as “Pure Risk” is to read, the story’s deeper value lies in its ability to jump-start a broader conversation on the unintended consequences of unmanned warfare.

“Pure Risk” takes the horror of mines out of the developing countries and drops it right in our comfortable, First World laps.

Just imagine what would happen if the world’s oceans became as dangerous as a swath of Cambodian jungle? It was bad enough when Hansa’s story involves a doomed oil tanker, but what if it had been a 6,000 passenger cruise ship? What vacationing family is going to risk stepping aboard the next potential Titanic? What would happen to all those seaborne tourist jobs (including maintenance and construction) if the entire industry just dried up overnight?

And that’s just a drop in a very deadly ocean. For all the glamour and hype heaped on air transport, roughly 90% of global trade still depends on slow, inexpensive container ships. But how inexpensive will those container ships be? How could Lloyd’s of London risk insuring a 165,000 ton cargo carrier? How could any company risk loading their products aboard one? No vessel, of any friendly nation, would dare set sail without a U.S. Navy escort.

It’s happened before. Remember the mid-80s when American sailors risked their lives escorting Kuwaiti oil tankers through the straits of Hormuz? That oil, by the way, wasn’t even bound for American shores. Assuming our Navy wasn’t already gutted by this future war with China… or even assuming we had the hull numbers of the mid-80s, there simply wouldn’t be enough protection for every merchantman afloat. The result could be a worldwide depression, not recession, depression, as global trade grinds to a fear driven halt.

Add to that the titanic cost of having to pay for the cleanup. Hansa’s story has three U.S. Navy minesweepers working with other countries round the clock. That sound like a lot, but imagine… in a country shaken by war, with a 24 hour news motto of “if it bleeds it leads”, what would happen if a hysterical mother sobbed into camera that “My baby found a drone washed up on the beach!”

And if the water isn’t dangerous enough, what about the skies? We all remember the social and political fallout following Russia’s downing of Malaysian Airlines MH17, and some of us who grew up in the 80s still remember the U.S.S. Vincennes accidental downing of Iran Air Flight 655. The explanation of that latter disaster was that the Airbus matched the radar signature of an Iranian F-14. Now flash forward to the future, to some isolate hilltop on some long abandoned battlefield, where some long forgotten, solar powered, automated SAM battery waking up to the radar signature of a civilian jetliner that perfectly matches a warplane.

“Pure Risk” takes the horror of mines out of the developing countries and drops it right in our comfortable, First World laps. Hopefully, this fictional warning will remain just that.

Major Hansa has shown us a fictional consequence of drone warfare, and hopefully, it still remains fiction. Hopefully, “Pure Risk” will inspire further study and debate on the real-world consequences of a post-drone-war world. Hopefully we can begin to develop contingency plans today to prevent the nightmare of “Pure Risk” scenarios tomorrow.