Ranger School is Not a Leadership School 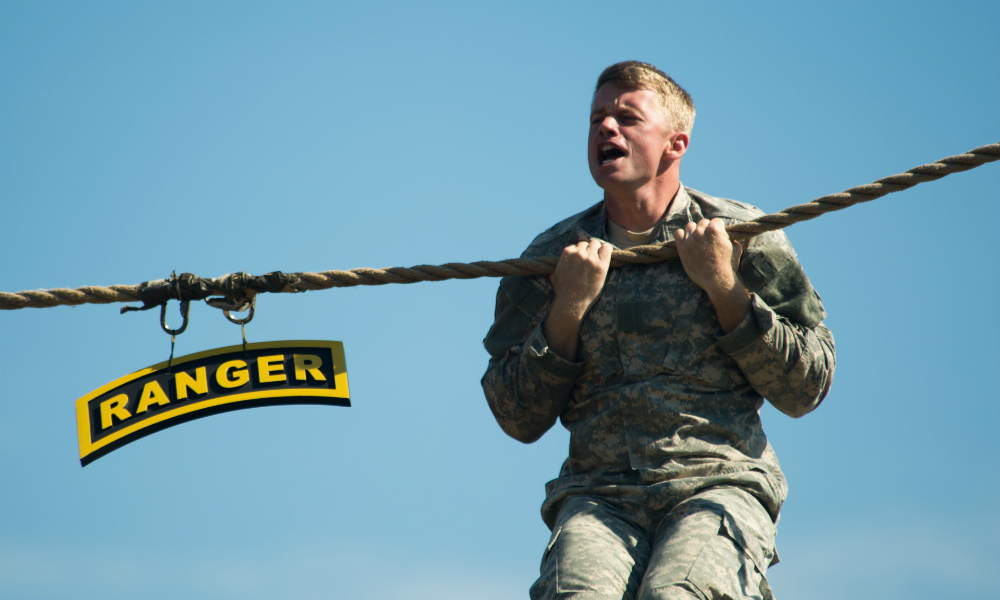 The US Army calls Ranger School “the most physically and mentally demanding leadership school the Army has to offer.” The Ranger Training Battalion makes leadership the subject of the first chapter of its Ranger Handbook. And I routinely hear anxious future Ranger students ask about what to expect and be told some version of “Ranger School uses small-unit tactics as the vehicle to teach leadership.”

As a former Ranger instructor, I promise you that despite what the Army and Ranger School itself claim, this is bad advice. Ranger School is not a leadership school.

Ranger Instructors do not teach leadership. Leadership is not why the course was created and it is not why over half who try to complete it fail to do so. The course is a small-unit tactics course for dismounted infantry. To say otherwise is a disservice to potential Ranger students; being a great leader is important in the Army, but is not on its own sufficient to earn the Ranger tab.

Ranger School was developed in 1951 during the Korean War after Ranger companies, made up of volunteers who underwent intensive specialized training, demonstrated overwhelming combat proficiency on the Korean battlefield. Army Chief of Staff Gen. J. Lawton Collins knew a good thing when he saw it and ordered Ranger training be extended to all combat units in the Army. The initial Ranger School program was built on lessons learned from World War II and Korea, with Korean War Ranger company veterans serving as many of the first instructors. These veterans emphasized the importance of individual combat skills, mental and physical toughness, and decision-making under extreme stress—skills that remain the focus in Ranger School today.

The legacy of the 1950s continues and is seen in the Army’s own description of Ranger School:

“Ranger School is the Army’s toughest course and the premier small unit tactics and leadership school . . . a mentally and physically challenging school that develops functional skills directly related to units whose mission is to engage the enemy in close combat and direct fire battle. . . . [Upon completion] Ranger Students are proficient in leading squad and platoon dismounted operations around the clock in all climates and terrain. Rangers are better trained, more capable, more resilient, and better prepared to serve and lead Soldiers in their next duty position.”

Although the description states that Ranger School is a leadership school, leadership instruction is not in the curriculum. It is a tacit assumption that students arrive well versed in the Army’s fundamental leadership skills. These skills will be tested throughout the course, but they are not taught. What students are taught before they go on graded patrols are squad and platoon tactics, the use of weapons, field craft, and other tactical and technical skills.

If Ranger School was a leadership school, poor leadership skills would be expected to be the cause of most failures, but they aren’t. Only 40 percent of the soldiers who undertake the course pass.  Of those who fail, over 62 percent do not meet the initial physical and skills assessments tests (e.g., pushups, 12-mile foot march, land navigation) given during the first week of the course—the tough, week-long Ranger Assessment Phase (RAP).  Ten percent leave the course for administrative reasons (injury, voluntary removal, major violations of course rules, etc.). Thirteen percent leave for failing their graded patrols. Finally, less than 1 percent fail for bad evaluations by their peers, perhaps the only direct measure of leadership flaws.

Ranger students fail patrols more for tactical errors than inadequacies in leadership abilities. Ranger instructors use objective observation reports (grade cards) to evaluate students during their patrols. Students can automatically fail an entire patrol if they deviate from required procedure—failing to state the mission during their operations order, getting lost en route to their objective, or getting found and compromised by the enemy on a reconnaissance patrol, for example.

That Ranger School is a leadership school is not the only piece of unfortunate advice meted out to aspiring Rangers. Future Ranger students are also too often told that Ranger instructors will teach them everything they need to know. While not true, this claim does have at least a minimum basis in the facts of the course’s structure. The Ranger School curriculum is progressive and sequential. Classes are designed to teach students individual skills first, and then build squad and platoon tactics on top of these. Students sit in class for hours (trying to stay awake) before going out to test their skills. But the school ensures that Ranger students will get four or fewer hours of sleep a night during their 61-day experience (or much longer for the majority who recycle at least once) to help create the stress that will test the students’ mettle. This is not a normal learning experience. Soldiers without a solid foundation of small-unit tactics before going to the school have a much more difficult experience than those with one.

Consequently, Ranger School is more of a character and leadership assessment than a leadership school. Students do learn whether they can lead (or follow) when tired, hungry, physically on the edge of exhaustion, and pushed to their often previously untested limits—but not necessarily how to do so.

Lt. Gen. Robert Caslen, the United States Military Academy superintendent, often uses the analogy of a coffee cup to explain character. All of your values (duty, selfless service, courage, respect) are poured into the cup until it is almost overflowing. Then life gives your elbow a bump and your values spill out, exposing your true character. Ranger School is more like getting into a car wreck. It is a collision, not a jostle. After weeks of starvation, sleep deprivation, pushing toward physical limits, and stress—all while being evaluated—your true character will come spilling out.

To be sure, any soldier who attends Ranger School will be a better leader for it. Army doctrine ascribes to the ideal Army leader a “strong intellect, physical presence, professional competence, [and] moral character.” Ranger School graduates will have demonstrated their intellect in making decisions under extreme conditions, their competence in infantry squad and platoon tactics, their physical presence in multiple evaluated events, and their character attributes while working as a team member and leader to accomplish difficult missions. But any leadership development is principally a tangential function of Ranger School’s tactical instruction and assessment. Such development is not a top priority.

So for any soldier preparing for Ranger School: Expect to be tested, physically and mentally. Expect it to hurt. Expect to be hungry, and cold, and tired. Expect to emerge from the school as a better, more highly trained, and more proficient combat-arms soldier. Expect to learn the tactics that have worked for many generations of warfighters. But do not expect to be taught leadership.

**Author’s note: For more on how best to prepare to succeed in Ranger School, read my article, “The Challenges of Ranger School and How to Overcome Them.”