The Real Key to Protecting US National Security Interests in Space? Launch Capability 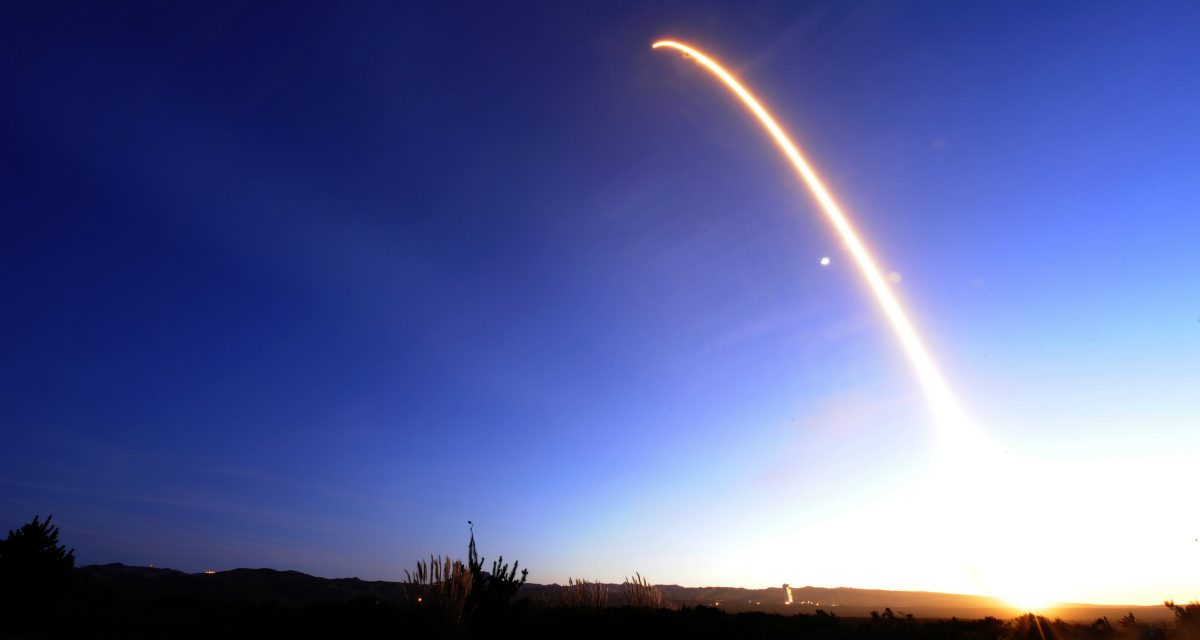 With plans for a national Space Force moving ahead, expect a continued confrontation between advocates of the new military service and those who oppose the idea as premature, divisive, and not fully thought out. But what is happening beneath that debate? The Space Force is the most high-profile topic related to our national space program, but it also represents a giant potential distraction from a range of other issues that will affect US interests—and our ability to achieve them—in space. Chief among them, is how best to coordinate political stakeholders, the military, and the private sector to collectively work toward our national security interests in space. Because make no mistake, such cooperation is an absolute necessity.

Meanwhile, over at the State Department, the secretary is seeking to roll back and eventually eliminate the North Korean long-range missile threat, gain leverage over Iran, and monitor—as others are—the space-related advances of China and Russia.

At the Defense Department, beyond reinforcing efforts in pursuit of the foregoing objectives, there is an obvious redoubling of efforts at ballistic missile defense, parallel threat monitoring, and strategic advantages that may protect Americans directly and through predictability and deterrence.

That brings us to Congress. How might the legislative branch reinforce the protection of American prerogatives in space? Obviously, proper funding for NASA, the Air Force, and other entities with space-centric missions is important and must never be neglected. But maybe there is more?

Other steps forward seem obvious but are seldom openly talked about in enough depth—perhaps they are crowded out of the discussion by arguments over the Space Force. Among these are simple moves, like protecting America’s young and dynamic space launch industry. The companies in this sector are notable for their can-do attitude, innovation, and delivering beyond expectation.

No one could argue with these companies’ results. They continue to stretch capacities, managing to get payloads cost-effectively to every conceivable orbit, moving more quickly than traditional options, and delivering with reliability, often reduced risk, and breathtakingly lower cost.

But one thing is missing: congressional support for launching America’s most precious assets—including national security satellites—exclusively from American launch facilities. The sooner we realize the importance of this element, and insist on it, the more secure and economically viable the American space launch sector becomes.

There are, of course, arguments against such action, typically made on ideological grounds—that such a move would amount to protectionism, something inconsistent with American notions of a free market economy. But remember, even Adam Smith, the father of free-market economic theory, believed exceptions should to his theory were justified: he believed, for instance, that subsidies for gunpowder manufacturers made sense if it ensured a ready domestic supply.

Discussions of whether, how and, when to stand up a Space Force, as well as what budget to provide, how to manage potentially splitting the US Air Force, and whether to put older industry players and ideas on waivers so we can field a more robust “US Aerospace Force,” will continue. And they should.

But below that level, important security options do present themselves to Congress. One is more vigorously supporting entrepreneurial, American space launch companies. Yes, we must always consider the inputs of time-proven sources, such as the Air Force Association, and others, but whatever the score on the Space Force, the time is now to get behind small American companies, and keep space launch on US soil.

John Cody Mosbey is a retired Air Force colonel and current university instructor. He is a former Executive Director of the Center for Homeland Defense and Security of the Naval Postgraduate School and writes often on Russian geopolitics.