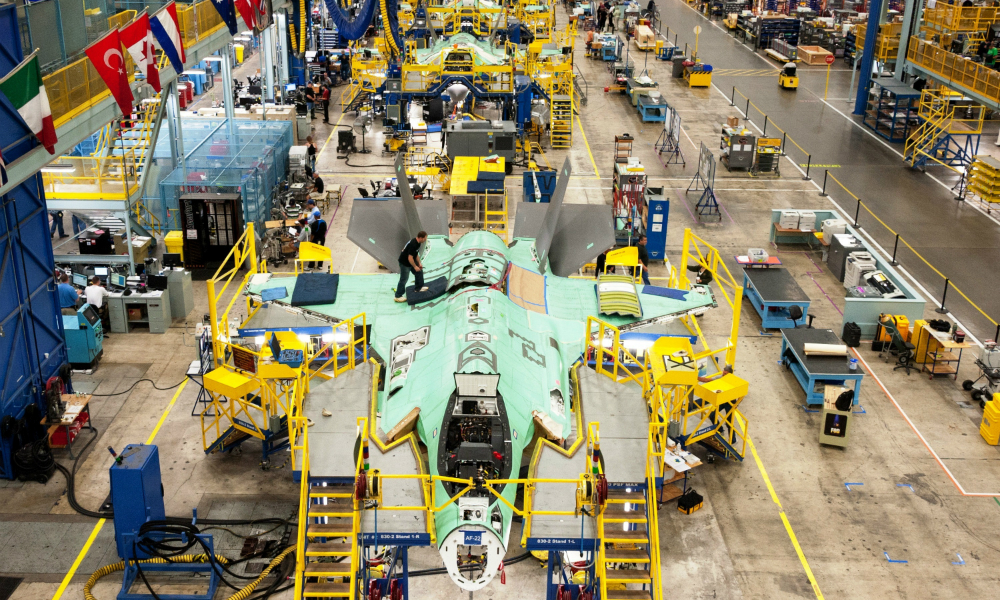 The link between US foreign policy and the domestic economy is stronger than ever. As an example, Israel—the largest recipient of US foreign military assistance, is required to spend a certain percentage of these assistance funds on US companies. This seems like a good thing—unless domestic economic concerns begin to influence foreign policy decisions. This risk may be more of a reality than we think.

The defense contracting industry has provided the US government options for every type of warfare imaginable since the development of the War Industries Board during World War I —from intelligence analysis to nuclear warhead components. Lobbyists for the defense industry work tirelessly to inform Congress of scalable effects they can provide to influence actions abroad and policy at home. After all, business for the defense industry at some point equates to jobs in a congressional district. The 9/11 attacks served as a catalyst to the outsourcing of defense contracts like never before. From 2002 to 2012, the combined revenue of the five largest US defense contractors grew from $2.4 billion to $13.4 billion when adjusted for inflation. For many members of Congress, domestic concerns such as employment are often more important than foreign policy. This is especially true for the 64 percent of Congress not currently serving on defense authorization, appropriations, state and foreign operations, intelligence, or foreign relations committees.

The total influence—economic, political, even spiritual—is felt in every city, every State house, every office of the Federal government. . . . We must guard against the acquisition of unwarranted influence, whether sought or unsought, by the military–industrial complex.
— Dwight D. Eisenhower, 1961

The calculus used by the defense industry to influence policy is robust and constantly evolving. Some of the most effective mechanisms are those that invoke an emotional response among groups of individuals. A few of the most common mechanisms for industry influence are outlined below.

The defense industry works relentlessly to clarify national security threats to Congress and the ability of their companies to address the problem. Threat inflation makes good business sense. The concept is not new. As military spending escalated during the Cold War, the quest for parity with Soviet capabilities and aspirations remained a constant tool for defense industry and congressional manipulation. In the 1950s, the discovery of a “bomber gap,” and the subsequent “missile gap,” was leveraged to suggest that the American way of life was at significant risk. The trend continues today. Think tanks such as RAND, AEI, and the Heritage Foundation paint a dim picture of US ability to deter Russian aggression. In 2016, Western European defense expenditures rose for the first time in six years. However, as pressure to contribute financially to the collective defense of NATO mounts, member countries increasingly question the true value of their membership. Interestingly, Russia’s budget for 2016 included the first reduction in defense expenditures since the late 1990s.

The defense industry has carefully crafted business to maximize congressional interest. The new Ford-class aircraft carrier is built of parts that are made in 330 of 435 congressional districts and forty-five states. These parts equate to jobs and advocacy among middle-class Huntington Ingalls employees and families all across the country. This reality makes it difficult for members of Congress to argue against the construction of new aircraft carriers, despite the fact they cost $12.3 billion each and Senate Armed Services Committee Chairman Sen. John McCain has labeled the program a “national disgrace.” Lockheed Martin took the concept of political engineering a step further in the plan for the F-35, adding nine foreign countries to the list of production sites. The F-35 supports 133,000 jobs in the United States alone.

When production rates begin to slow, Congress is faced with the dilemma of keeping defense businesses operational (M1A1 Abrams factory in Lima, Ohio, Boeing in St Louis). There is currently an industry–utility lag in the Defense Department that serves as a major inhibitor to defense spending reductions and budgeting. In some cases, if needs are not current (or recommended by DoD), Congress works with industry to find ways to keep the doors open. This is tantamount to saying to the services, “I know you didn’t ask for these airplanes, but we’re going to give you them anyway.” Although reconstituting businesses and experience for more copies of the same platform in the future will cost time and money, DoD should not be responsible for industry growth and maintenance. Such efforts may actually hinder innovation.

If an individual works in DC long enough, he or she is likely to get caught in the revolving door. Movements from industry to congressional staff and from the executive branch to industry are commonplace and further complicate congressional perspective. The defense contractor MPRI likes to say that they have “more generals per square foot here than at the Pentagon.” DoD officials have unique knowledge of how to request specific platforms, supplies, or munitions and the ability to impress upon Congress the vital nature of those requests. President Obama signed an Executive Order in 2011 to address the revolving door, but movements remain difficult to track. Additionally, reform initiatives within DoD add pressure to recruit the best and brightest and revolving door laws are perceived by some to be too stringent. What stronger advocate could the defense industry have than an experienced service member demanding from Congress funding for critical resources?

Advocate placement is nothing new from a lobbying perspective. Lobbying firms do their best to recruit strong advocates every day. Staffers and members alike move to and from lobbying firms and keep the door revolving. However, recognition and placement of key personnel in the defense industry coalition is something that is unparalleled in any other industry.

Through the use of the mechanisms listed above, in addition to many others, money is appropriated and policies are authorized that may not be synchronized to effectively address the current threats to US national security. In an effort to responsibly address the national debt, the Budget Control Act was passed in 2011, which put spending caps on both defense and non-defense spending. As a result, sequestration went into effect, which ultimately forced all branches of the military to make some hard decisions. Orders on major weapons systems scaled down and cuts to military personnel were deemed necessary to meet the budgetary constraints. However, even under current fiscal constraints, industry prevails.

In FY16, as the Army was directed to reduce the active duty force down to 420,000 personnel by 2019, the Navy was able to add seven E/A-18Gs, five F/A-18s, six F-35Bs and two F-35Cs through their unfunded requirements list alone—a total beyond what the service asked for in their original budget request. Each F/A-18 costs $67.2 million, E/A-18s cost $69.3 million per copy, F-35Bs run about $134 million, and each F-35C costs about $146 million with the engine. For FY17, the Navy requested fourteen more F/A-18s and another two F-35Cs. With the grand total of Navy unfunded aircraft requirements at around $2.3 billion in FY16 and $1.9 billion in FY17, one could conclude quite a few soldiers could be kept in the active duty force if just one of these additional aircraft purchases were not made—a single F-35C costs the same as it does to maintain about 1,372 infantrymen on active duty. Even budgetary constraints make massive defense programs too important to cut. At a time when the defense budget is under extreme scrutiny, there is a perception that Congress would rather buy more multi-million-dollar aircraft than maintain a larger active duty ground force. If the national military strategy called for more aircraft and fewer ground forces, this may be acceptable. However, the 2015 National Military Strategy, the National Commission on the Future of the Army, and numerous institutions and policy documents indicate the land force is too small to address emerging and evolving threats.

The military–industrial complex is running at full speed and is too closely tied to congressional votes to slow down. The warnings made by President Eisenhower in 1961 seem not to matter to the modern government or American voters. Instead, the skyline on the opposite side of I-395 from the Pentagon is dominated by Boeing, L3, Northrop Grumman, and Lockheed Martin. In fact, maintenance of the defense industry seems to be an accepted part of the national military strategy. But what is the risk of a strong military–industrial complex? Simply put, a US foreign and defense policy that is driven by job creation and political calculation rather than the need to counter real and immediate threats to our nation’s security. Politically, members of Congress cannot afford to advocate for defense spending cuts. Cracking down on extravagant defense expenditures does not translate well to most working-class Americans (although 32 percent of those polled by Gallup in 2016 do believe America is spending too much on national security). On the contrary, the potential for loss of jobs comes across crystal clear. With so much congressional focus and pressure on winning reelection, the American public can only hope that after the defense industry is funded, there is enough money left over to effectively address current and future threats to national security. 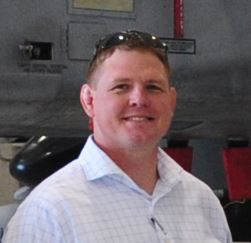 Justin Gorkowski is a major in the US Army with experience as a combat engineer and information operations officer. He previously served as a defense legislative fellow for a US senator and currently works as an Army congressional budget liaison. His primary research interests are in social revolution, low-intensity conflict and post-conflict reconstruction, and behavioral economics. Justin has master’s degrees from the Naval Postgraduate School and George Washington University. The views expressed in this article are those of the author and do not reflect the official policy or position of the Department of the Army, Department of Defense, or the U.S. Government.