Max Brooks on What to Read on Modern War 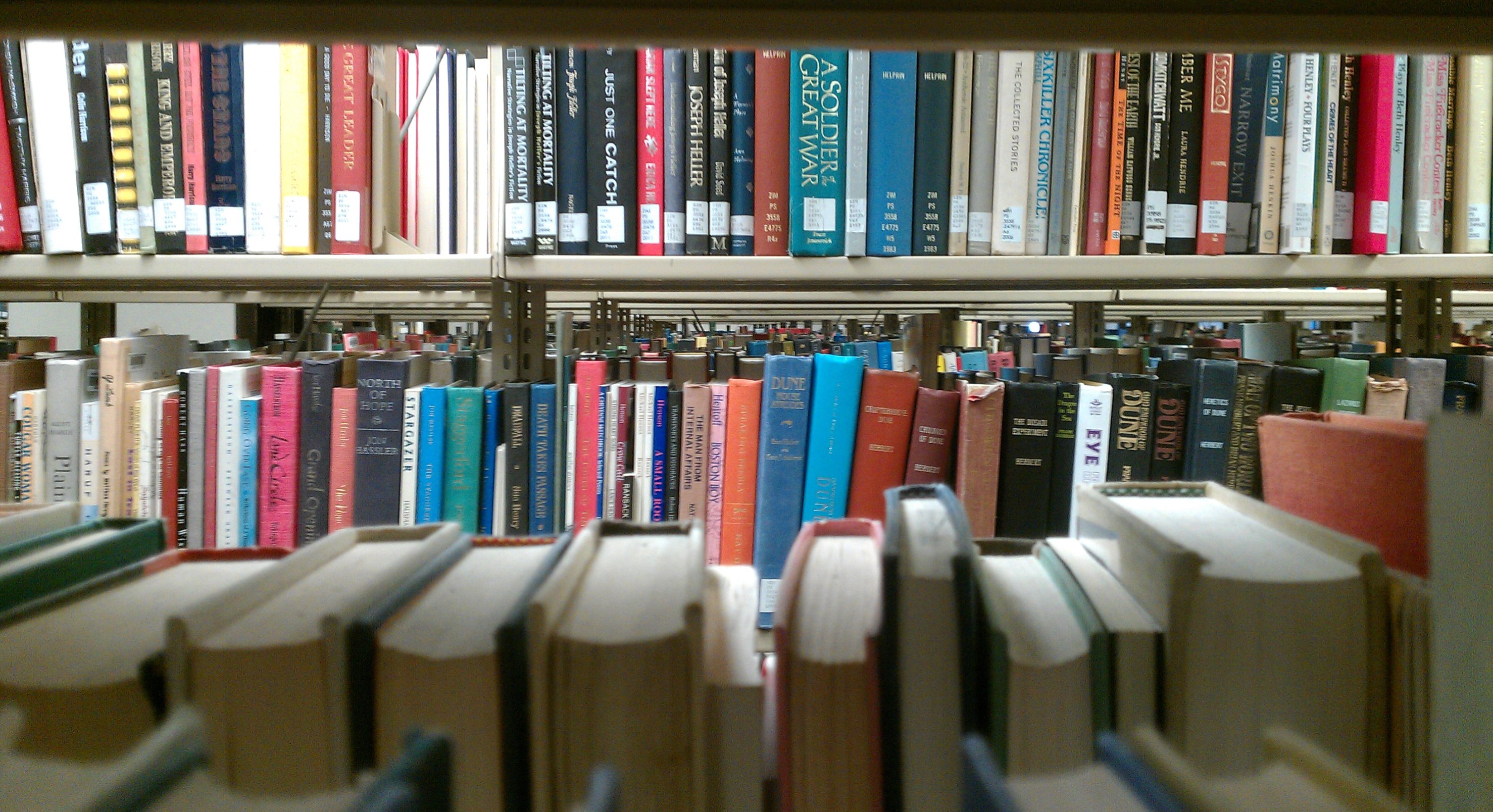 The following is a list of books I strongly recommend for studying modern war and warfare. Some deal directly with combat, some go beyond the bullets. Some may not be conventional, but all deal directly with conflict. All titles are available for borrowing at the Modern War Institute War Room. They are:

Red Army By Ralph Peters: (novel). World War III in Europe, entirely from the Russian side. No one has ever done anything like this. It humanizes the enemy without excusing them. There should be a novel like this for every enemy we’ve ever faced 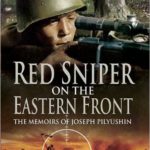 Red Sniper On the Eastern Front By Joseph Pilyushin: This book should be read right next Chris Kyle’s story to show the contrast between American and Russian ways of war. Couldn’t be any different.

Partisans and Guerrillas By Ronald H. Bailey: From the Time-Life series onWW2. I read this book in high school and it taught me that the Prussian way of fighting, the absolute best for army on army warfare is the worst in a counterinsurgency

Geronimo, My Life By Geronimo, ed.S.M. Barrett The autobiography of the Apache warrior in his own words. We forget sometimes that America’s seen its share of prolonged counter-insurgencies. This guy could have been an Afghan given how brutally effective he was at small band guerilla tactics.

Trial by Fire: Science, technology and the Civil War By Charles Ross:  The first time we embracedtechnology in in warfare.

Lincoln and the Tools of War By Robert V. Bruce: Thank God we had a president who was open to new ideas. That may be the greatest part of his greatness

The Confederate Dirty War By Jane Singer: The genius of rebel innovation. From firebombs to niter factories, it’s a marvel of improvisation.

TM 31-200-1/ FM 5-31. These are the Department of the Army manuals on booby-traps and unconventional killing methods. By themselves they are nothing special, but taken in the context, they are mind blowing. They were published in 65 and 66, BEFORE Vietnam really got going. How was it that we already had the knowledge of these tools right in front of our faces and didn’t employ them!?! That’s the question we should all be asking ourselves for the next war.

The Washing of the Spears By Donald R. Morris:   The rise and fall of the Zulu Nation. We can learn a lot about Military innovation from Shaka, how he revised weapons and tactics to singlehandedly build a fighting force that didn’t just conquer other African nations but, eventually defeated the most modern army in the world. If that’s not a lesson for us, I don’t know what is.

A Dictionary of the Koran By John Pence:  We’ve all read the Koran (at least we should!) but this book just helps to understand it.

The Hadith: The Koran’s a collection of Mohammad’s speeches, but this book is a day to day living guide for Muslims. From money to marriage to literally how to go to the bathroom when there’s no bathroom. No, really, three pebbles, look it up.

Ghettoside By Jill Leovy: Anyone who thinks there’s no connection between gang warfare in L.A. and the coming megacity counterinsurgencies should read this!

Carbine By Ross E.Beard:  The story of David Marshall Williams who invented the M1 Carbine. It should be required reading for anyone interested in military innovation (especially because it’s a case study in the courage it takes to embrace the creativity of others)

Collar the Lot By Peter and Leni Gillman: This is the British version of Japanese internment during WW2. After the fall of France, Churchill had such a panic attack that he ordered ALL Germans in the British Empire to be locked up, including Jewish refugees who were thrown in with Nazis!

Brothers in Arms ByKareem Abdul Jabbar: We all know about the Tuskegee Airmen, but this is the story of the all black 761st tank battalion. I see it as a reminder that innovation can be cultural as well as technical.

From Harlem To the Rhine By Arthur W. Little:  The story of the Harlem Hellfighters told by one of their officers. A story of the courage to fight a two front war (when the other front is your own countries’ intolerance)

The Language Of Victory By Gary Robinson: The story of Native American code talkers in WW2 AND WW1. Another study in cultural innovation and the courage it takes to embrace it.

Weapons and Field Gear of the North Vietnamese and Viet Cong By Edward J. Emering: The Soviet and Chicom weapons are pretty standard, but check out the home made weapons of the NLF. Amazing examples of what our brain is capable of inventing

Improvised Weapons in American Prisons By Jack Luger: There is no better example of what humans can come up with than what these convicts have done. With almost no resources and constant surveillance, they’ve managed to construct an arsenal. The lesson: NEVER underestimate human creativity! 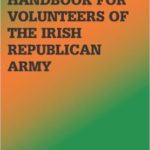 Handbook for Volunteers of the Irish Republican Army: This is more of a pamphlet than a book and I’m not even sure its genuine. Given that guerilla wars are the wars of the future, can we afford to ignore any scrap insurgent literature?

No Surrender By Hiroo Onoda: The autobiography of Hiroo Onoda, the last Japanese soldier to surrender. This Samurai Robinson Crusoe survived in the jungle for 30 years! This is what can happen if an enemy has the will to keep fighting.

Fires on the Plain By Shohei Ooka: A novel of the Japanese who didn’t do as well as Mr. Onoda. This is the kind of anti-war sentiment that rules Japan today, and it will come into play if, God forbid, they ever have to fight again.

Nikkei Generals and Admirals of the United States Military By Anosho Mas Uchima and Minoru Shinmoto:  Right after Pearl Harbor, Admiral “Bull” Halsey declared that by the time the war was done, “the Japanese language will be spoken only in Hell”. Basically he was calling for knee-jerk ethnic cleansing and too many Americans agreed with him. This book is just one tiny example of what we would have lost had they succeeded. The lives of these soldiers are a testament to why our ethic of tolerance and diversity makes us the strongest nation in the world!

Guests of the Ayatollah By Mark Bowden: The bible of the hostage crisis. It’s the most intelligence and nuanced telling of such a complicated clusterf*ck, and nobody comes out of it unclean. It’s a masterful lesson in how things can get so out of control so quickly.

The Siege of Mecca By Yaroslav Trofimov: This is how it all started: 911, Afghanistan, Iraq, Isis… it all comes back to this moment in time that most Americans don’t even know about. 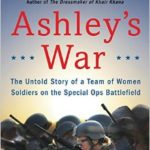 Ashley’s War By Gayle Tzemach Lemmon:  The story of the first Women in America’s Cultural Support Team. This is the way forward, the wave of the future, and it’s a testament to America’s ability to evolve.

The Sorrow of War By Bao Ninh: A novel of the Vietnam War told from a Vietnamese point of view. Like “Red Army”, it flips the mirror on a conflict we all thought of from one point of view.

Following Ho Chi Minh By Bui Tin: The memoir of a NVA officer about the conflict that still haunts us. His insights into the internal politics of North Vietnam and the evolution of that revolution are essential for studying our enemy turned ally.

GIAP-The Military Art of People’s War By General Vo Nguyen Giap: Okay, we’re the best, right? So if someone beats us, they deserve our attention! General Giap is possibly the best guerilla leader of all time! He wasn’t just a bandit or small unit leader. He managed to fight a guerilla war, a conventional war, a political war and won on all fronts. He took on the French, the Japanese, Us, and the Chinese and WON EVERY TIME! In an alternative timeline, he should have been the commandant of our post-Vietnam counter-insurgency school.

Mao’s Little Red Book By Mao Tse-Tung: Yea, it’s mainly just political B.S. but it’s the kind of B.S that Xi Jinping is making all his subjects read again. Therefore, it deserves at least a glance from anyone who’s going up against them.

Deng Xiaoping’s Long War By Xiaoming Zhang: The story of the Chinese-Vietnamese conflict from 79 to 91. Given the ongoing tensions China has with its neighbors, we need to take a long hard look at that ‘other’ Vietnam War.

Facing Mount Kenya By Jomo Kenyattaa:  This was Jomo Kenyatta’s dissertation before Kenyan Independence. It’s important reading for anyone who will find themselves in Kenya because it details every aspect of their dominant tribe, the Gikuyu. It should be read in concert with “The Swords of Kirinyaga”.

The Swords of Kirinyaga By H.K. Wachanga One of the most important accounts of a failed counterinsurgency. A former Mau Mau rebel looks back on why his side lost, and why the British won (yea, Sandhurst, I said it)

Tamboura By Gillen D’Arcy Wood: A perfect example of connecting the dots of disaster. This is the story about how a natural occurrence, a volcano in far off Indonesia, can have social, economic, political and military consequences all around the world.

The Great Influenza By John M. Barry: For some reason we’ve let germ warfare fall off our collective radar. It needs to be front and center. Just read this book and imagine if, instead of some natural cause, the great Flu had been cooked up in a Lab?

The Autobiography of Malcolm X: As told to Alex Haley . This book works on 3 levels. First, it’s the diary of an American insurgent, a man who essentially declared war on his own country. Second, it tells of how he was DE-radicalized by Islam! With all this talk of how Islam radicalizes people, we should be celebrating the life of a man who found tolerance in Mecca! Third, this is the story of a man who completely reinvented himself, not once, but twice! If we all had that kind of intellectual-emotional flexibility, especially in wartime, we would be invincible

Cold War Hot By Peter Tsouras: A book of alternative short stories. Like I said at my first talk, studying alternative history gets the creative muscles working. If we imagine how the past might have been, we can better plan for how the future might be.