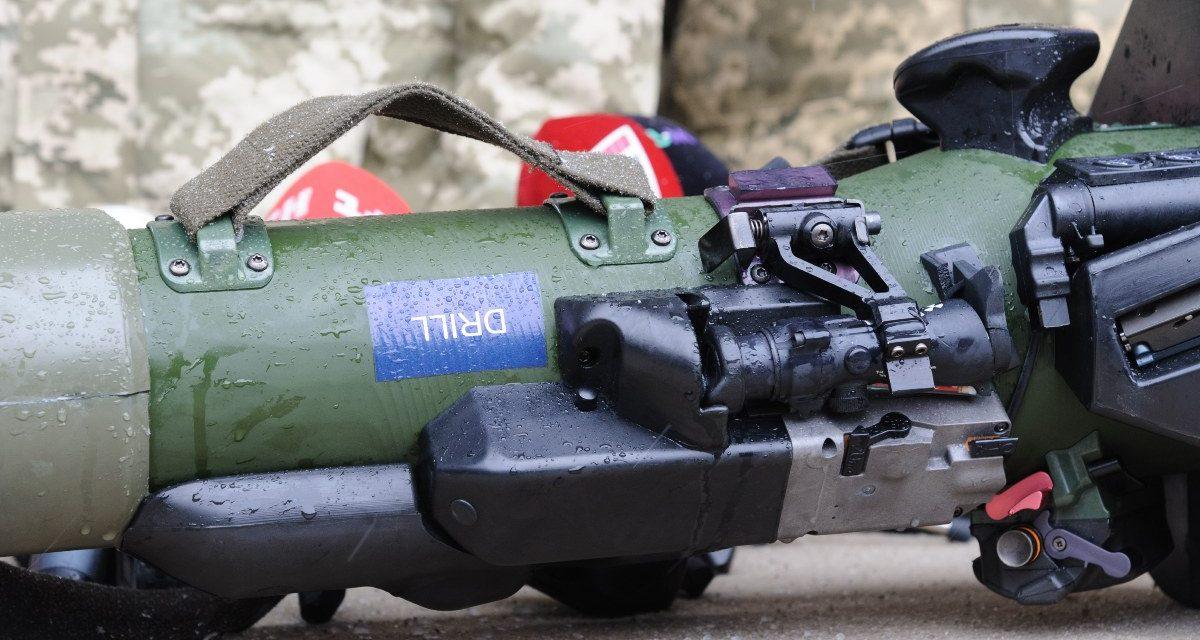 In the understandable rush to equip Ukraine to defend its sovereignty, the West has flooded the region with all manner of highly destructive and portable weapons. Powerful antitank guided missiles like the American Javelin and British NLAW can destroy even the most advanced tanks. Some thirty thousand of these weapons are currently in the hands of Ukrainian defenders (with some likely captured by Russian forces), though who exactly possesses them is murky. Man-portable air defense systems (MANPADS), specifically Stinger and Starstreak systems, are destroying Russian military jets and helicopters every week.

These weapons have proven essential to Ukraine’s fight for its freedom. In the wrong hands, however, they pose serious risks: MANPADS, for example, could just as easily be used against a civilian airliner, a nightmare scenario for many counterterrorism experts. Given the myriad armed actors in Ukraine, keeping these weapons out of the wrong hands will prove a daunting challenge—one that the international community should start thinking about now.

Will Past Become Prologue? Advanced Weapons and the Historical Dangers of Proliferation

Stinger MANPADS featured prominently in the US covert campaign to help the Mujahideen defeat the Soviet Union in Afghanistan. Prior to American involvement, the Soviets enjoyed complete air supremacy and used their combat aircraft to decimate Afghan rebels. The introduction of Stingers fundamentally changed the course of the conflict and contributed to the Soviets’ ignominious retreat in 1989. But even before the final Soviet withdrawal the CIA undertook a Herculean effort to recover the unused Stingers, specifically because it recognized the threat posed by radical Islamist elements in Afghanistan, such as Osama bin Laden’s then nascent al-Qaeda. Throughout the 1990s, as al-Qaeda sought, unsuccessfully, to bring down commercial airliners, none of these advanced MANPADS made it into bin Laden’s hands, both because of the unwillingness of the Mujahideen to part with their few Stingers and the work of the CIA. The proactive initiative undertaken by the CIA to recover the Stinger MANPADS even before the end of the Soviet occupation of Afghanistan represents exactly the sort of forward-thinking disarmament efforts that will be required in Ukraine to prevent these weapons from being misused.

Perhaps even more directly relevant, the fall of the Soviet Union ushered in an unprecedented period of arms proliferation emanating from Ukraine and other former members of that now-defunct empire. For nearly a decade after the Soviet Union disintegrated, Ukraine emptied its vast weapons stockpiles for impressive profit, flooding the globe with relatively cheap Soviet arms. Much of this trade enriched corrupt individuals, many of them former Soviet officers with unchecked access to the warehouses. The 2005 movie Lord of War presented a fictionalized retelling of this period, depicting the nevertheless very real dynamic of arms dealers selling Soviet weapons from Ukrainian-controlled depots. While Ukraine has significantly reformed its armed forces since 2014 and suffers from a much lower occurrence of abject corruption in its ranks, there is a very real danger that a post-conflict Ukraine, one in which the economy is shattered and large numbers of former soldiers are out of work, may again become a clearinghouse to the highest bidders for advanced weapons.

Due Diligence and Prior Planning

At first glance, it may seem counterintuitive that conversations about active irregular warfare contexts, in which urgent defense and humanitarian needs loom large, should include discussions on disarmament. There is no doubt that Ukraine desperately needs all the military aid available to help it defend itself against Russia’s unprovoked invasion. Today, however, conflicts do not simply end—actors disarm, rearm, and reorient as a result of combined nationalistic and ideological beliefs, systematic exclusion from alternate forms of development and livelihood opportunities, and the fact that often their most marketable skill in such settings has become their ability to make and sustain violence. Disarming those who have just watched their country destroyed by foreign invaders (who most assuredly do not plan to disarm themselves) represents an understandably unappealing proposition, and will require negotiation, security guarantees, and the professionalization of Ukrainian security forces. The last point is particularly important given the fact that the level of professionalization will inform Ukraine’s ability to manage domestic threats before they become international ones. Such assurances will be the outcome of extended negotiation and training, which is why the time to begin those dialogues is now. Disarmament efforts also require systematic assessment and institutionalization of lessons learned for future scenarios. Finally, international military observers and agencies will also need to identify foreign legions, volunteer battalions, territorial defense units, militias, and partisan groups, many of which have acquired small arms and light weapons.

Specifically, donor nations should maintain as much control and tracking of their weapons as possible in order to ensure their recovery once the conflict concludes. Antitank guided missiles and MANPADS should only be handed over to Ukrainian forces with strict end-user agreements that prevent subsequent sales and require return of the weapons once requested by the donor nation. Such agreements can also stipulate which elements of the Ukrainian forces are allowed to receive weapons, thereby prohibiting their issuance to formations suspected of extremist ideology or violations of the laws of war. Current US legislation for the provision of military aid to Ukraine expressly prohibits the use of such equipment by the neofascist elements of the Azov Battalion. Additionally, such agreements can stipulate requirements for periodic inventorying of weapons supplies and the provision of such records to the donor country with the understanding that this will facilitate later recovery of unused munitions. Finally, donor nation intelligence services can, as the CIA did in Afghanistan, actively track and seek to recover weapons following the cessation of hostilities.

A multifaceted disarmament, demobilization, and reintegration approach for weapons supplied to the Ukrainians should already be underway. And it reinforces the need for global support in developing a Ukrainian-led plan to rebuild the country. This plan should include resources dedicated to compensating individuals who return various weapon systems (above market rates) and to education and training opportunities so that former fighters have incentives to return to the workplace.

It is no small task to keep the right weapons in the right hands for the right reasons, in large part because what is “right” is highly subjective. And such determinations can change from one day to the next in highly fluid contexts like Ukraine, which are characterized by ambiguity and uncertainty. But the difficulty of the task does not negate its necessity. If the international community fails to address the proliferation of weapons from Ukraine, those weapons might contribute to regional insecurity, as occurred in the aftermath of the Libyan intervention in 2011. The flow of military equipment left unsecured following the fall of the Qaddafi regime subsequently played a critical role in providing key military capabilities to transnational opposition groups rebelling against governments in Mali, Niger, Chad, and elsewhere in the region. The international community would do well to consider these issues now, learning the lessons of the past, in the hope that history will not repeat itself.

Lieutenant Colonel Doug Livermore is currently serving as the deputy commander of a deployed Army National Guard special operations detachment. In his civilian role, he is the director of special programs for the deputy under secretary of the Navy, the national director for external communications for the Special Forces Association, and a fellow with the Irregular Warfare Initiative. You can follow him on Twitter (@Dolivermore) and connect on LinkedIn.

Dr. Erin K. McFee is a UKRI future leaders fellow at the London School of Economics and Political Science Latin America and Caribbean Centre, a fellow with the Irregular Warfare Initiative, and a researcher at the Office for Military-Affiliated Communities at the University of Chicago. You can learn more about her work at erinmcfee.com and her UKRI-funded initiative at trustafterbetrayal.org, follow her on Twitter (@erinmcfee), and connect on LinkedIn.

The views expressed are those of the authors and do not reflect the official position of the United States Military Academy, Department of the Army, or Department of Defense, or that of any organization the authors are affiliated with, including the London School of Economics and Political Science and the Office for Military-Affiliated Communities at the University of Chicago.

Image: An NLAW antitank guided missile system at the International Center for Peacekeeping and Security of the National Academy of Land Forces, Lviv, Ukraine. (credit: nicktys, via depositphotos.com)