Return of the King of Battle: Russia Breaks out the Big Guns 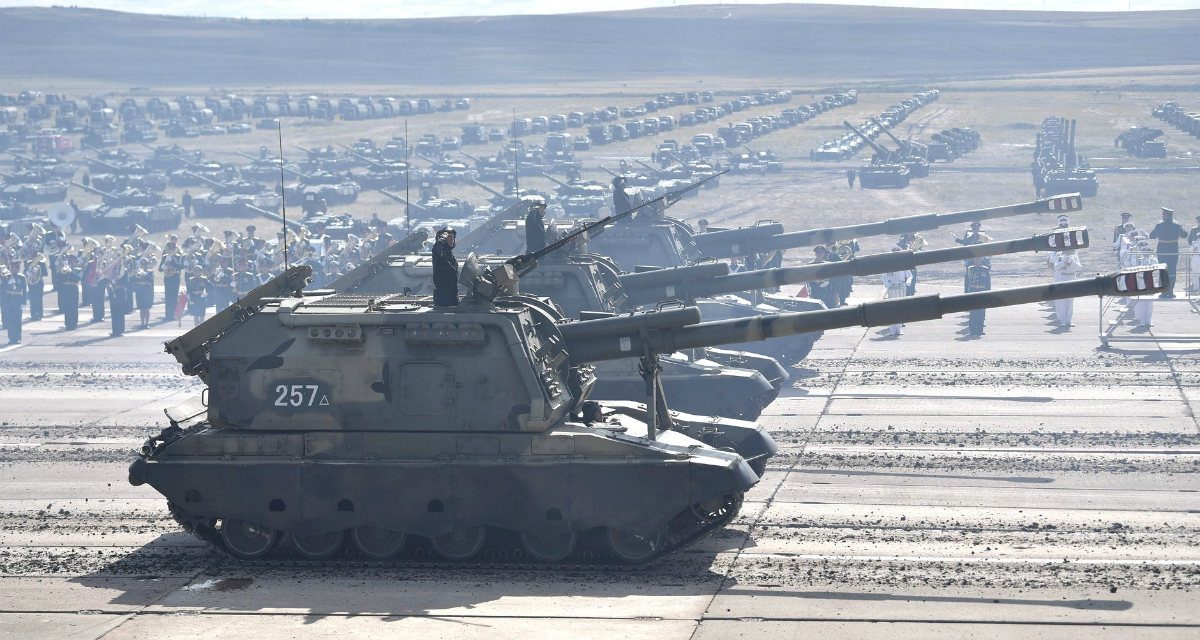 On July 11, 2014, battalions from Ukraine’s 24th and 72nd Mechanized Brigades assembled outside of the town of Zelenopillya, located about 5 miles from the Russian border. Having achieved success against the Russian-led separatist forces in the breakaway oblasts of Donetsk and Luhansk (the Donbass) over the previous two months, they were assembling before what was planned to be a final push to the border to cut off the supply lines of the paramilitary forces from their Russian sponsors.

What started as a fairly normal day soon took an unexpected turn. It started with the buzzing of Russian unmanned aerial vehicles (UAVs) overhead and cyberattacks against Ukrainian command, control and communications systems. The Russians then launched an attack consisting of short-range BM-21 Grad multiple launch rocket system rockets from across the border. The attack lasted only two or three minutes, but it was immensely destructive to the Ukrainian forces. The attack destroyed most of the armored vehicles, killed at least 30 soldiers and wounded hundreds more. The attack left the Ukrainian forces decimated and demoralized, and represented the high-water mark for the Ukrainian offensive.

Col. Liam Collins is director of the Modern War Institute at West Point. A career Special Forces officer, he has conducted multiple combat operations in Afghanistan and Iraq as well as operational deployments to Bosnia, Africa and South America. He holds a doctorate from Princeton University

Capt. Harrison “Brandon” Morgan is brigade battle captain of the 2nd Armored Brigade Combat Team, 1st Infantry Division. He deployed to Europe with the 2nd ABCT, where he served as the Atlantic Resolve Mission Command Element Liaison to Lithuania. Previously, he served as an infantry weapons platoon leader in the 82nd Airborne Division during Operation Inherent Resolve, Iraq. He graduated from West Point in 2013.