The Return of the Tunnel Bomb: A Medieval Tactic on the Modern Battlefield 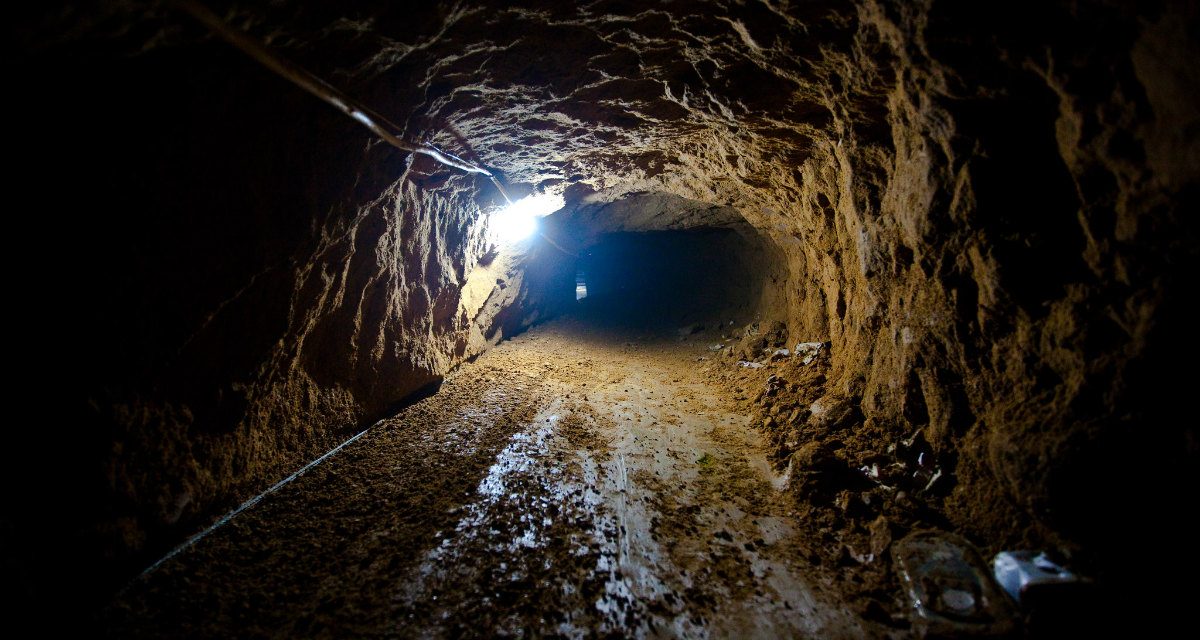 There has been an explosion of underground warfare in the last five years. From sophisticated cross-border Hezbollah attack tunnels discovered in northern Israel to defensive tunnels that criss-cross the urban battlefields of Syria, Iraq and the Philippines, a tactic familiar to history buffs has emerged as a characteristic of modern war. That’s why a group of scholars and practitioners recently gathered at the Interdisciplinary Center Herzliya in Israel for the first Subterranean Challenges in War and Peace conference and the inaugural meeting of the International Working Group on Subterranean Warfare. One of the many characteristics of subterranean warfare discussed at the conference stood out in particular—the use of tunnel bombs.

Tunnel bombs—or tunnel-borne improvised explosives devices (TBIEDs), to borrow from the nomenclature used to describe the many manifestations of improvised explosive devices—are exactly what they sound like: tunnels dug under enemy forces or fortifications for the purpose of blowing them up from underneath. And when executed effectively, the results can be devastating.

Tunnel bombs are not new. They can be traced back to the introduction of gunpowder during medieval siege warfare in the fifteenth century. Prior to this, military engineers would dig tunnels up to or under castle walls or city fortifications and emplace burning timber and other material to weaken and collapse them. But with gunpowder’s appearance on the medieval battlefield, they could now rapidly destroy walls with explosives.

Despite the long lineage of tunnel bombs, though, their use has ebbed and flowed, with periods when they have become a pervasive tactic—even a significant characteristic of warfare in particular periods—and others when they were largely absent from the battlefield. The tactic of tunneling under walls to explode them mostly disappeared, for instance, with the end of siege warfare. Advancements in artillery made it easy to reduce most fortifications and mobility became a dominant military trait.

But the use of tunnel bombs re-emerged during several battles of the American Civil War. Tunnel bombs were used under entrenched soldiers at the sieges of Vicksburg, Mississippi in 1863 and Petersburg, Virginia in 1864. At Petersburg, union soldiers assigned to Maj. Gen. Ambrose Burnside spent five weeks digging a 511-foot tunnel, twenty feet underground, and packed it with eight thousand pounds of gunpowder. Hundreds of confederate soldiers died in the blast.

Frequent tunnel bombing appeared again with the positional warfare of World War I, when tunnel bombs were used during attempts to break the stalemate of trench warfare on the Western Front. They were employed at the Battle of the Somme in 1916 and the Battle of Vimy Ridge in 1917. Near the Belgian village of Messines, British soldiers spent almost two years digging an elaborate network consisting of twenty-two separate tunnels mines underneath German lines. On June 7, 1917, nineteen of the twenty-two tunnels successfully detonated almost one million pounds of explosives. Ten thousand Germans were killed in what was the biggest human-caused explosion before the atomic bomb.

After World War I, the use of tunnel bombs decreased but did not disappear. They were used by terrorists to attack Israel Defense Forces stationed in Gaza until 2005. In 2001, a tunnel bomb was detonated under an IDF base, and in 2004 a thousand-foot tunnel packed with over seven hundred pounds of explosives detonated under an IDF outpost, killing one soldier and injuring five others.

Many tunnel bomb attacks were recorded, with the videos released for propaganda purposes. These videos showed the world how rudimentary tactics, historically employed at the edge of cities and fortifications or on the European battlefields of World War I, have migrated to heavily populated urban areas and are now found under city streets and buildings.

On May 8, 2014, anti-government forces filled a 350-foot tunnel with explosives and detonated them under a Syrian military headquarters that had been placed in a hotel in the middle of the city of Aleppo, killing several dozen soldiers. It took only thirty-three days to dig the tunnel using just hand tools. Just six days later, another tunnel bomb was used, this one almost three thousand feet long and filled with sixty tons of explosives, under a Syrian military checkpoint in the northwestern province of Idlib, killing twenty soldiers. That tunnel took only fifty days to dig. A week later, another massive tunnel bomb exploded in Aleppo killing nearly forty Syrian soldiers.

In 2015, the Islamic State in Iraq and Syria began releasing videos of their successful uses of tunnel bombing during attacks to seize many cities across northern Iraq. On March 11, 2015, the group detonated seven tons of explosives in an eight-hundred-foot tunnel in Ramadi, Iraq, killing twenty-two members of the Iraqi Security Forces. Four days later they successfully exploded another tunnel. Two weeks after that, the city fell.

Preparing for this Subterranean Threat

There are most likely many reasons for the spike in the use of tunnel bombs in modern conflicts. These include the increase in positional warfare occurring in dense urban areas and the rapid diffusion of information on tunneling provided to nonstate actors by more experienced tunneling combatants around the world. No matter the cause, US forces must recognize the threat of underground attacks to stationary units.

Despite visions of future wars where soldiers must move every few hours or die, units will inevitably have to stop and establish temporary defensive positions, mission-command nodes, or logistical hubs. Moreover, combat will continue to occur in contested urban areas, where tunnels have increasingly appeared in recent years.

Combat capabilities developers have been looking into a wide range of technologies to assist soldiers with maintaining awareness of what’s going on underground. Much of this equipment is very specialized, including seismic sensors, buried fiber-optic cables to monitor acoustic energy, and magnetic-field regulators. Hopefully soldiers will be equipped with such equipment in future (although it’s important to note that each of these technologies has its own weight, costs, and time considerations). But even without these or other new tools this much is clear: they must look down.

Current basic military doctrine for the establishment of defensive positions does not include considerations of the underground. Even during the invasion of Iraq in 2003, when US forces were constantly on the move, they would often enter a new area of operations and identify a defendable position with good fields of fire, usually one with a walled compound. A complete search of the site would be conducted. Once security was established, sector sketches produced to assign fields of fire to defending soldiers, and priorities of work initiated, active patrols would be sent out around the site. In all, it is a clinical and deliberate process—but one with no routine consideration of or active protection measures for the underground.

This must change. As examples from Syria and Iraq show, extensive tunnels can be dug in just thirty days. And as combat continues to be fought in populated urban areas, the presence of underground infrastructure (sewers, water pipes, transportation and telecommunication pathways, etc.) will be the norm.

If soldiers add the underground to their situational awareness, whether they are conducting offensive or defensive operations, it will drive new tactics, techniques, and procedures, as well as new equipment requirements. While the historical practice of countermining (digging tunnels under your own defensive positions to intercept or listen for enemy tunneling activities) is likely not practicable, routine attention paid to the underground dimension will at least prime soldiers to notice abnormalities in the environment around and under them while conducting operations, including strange noises, fresh soil or debris, or human reporting of tunneling activity.

In Iraq, the US military was surprised by a succession of new tactics and weapons—roadside IEDs in 2003, explosively formed projectiles as early as 2004, improvised rocket-assisted munitions in 2007, and the use of commercial drones in 2016. We should do everything we can to avoid tunnel bombs becoming the next battlefield surprise we encounter. To begin, soldiers must start looking down.