Riding onto the Future Battlefield: How the Army Can Get the Optionally Manned Fighting Vehicle Right 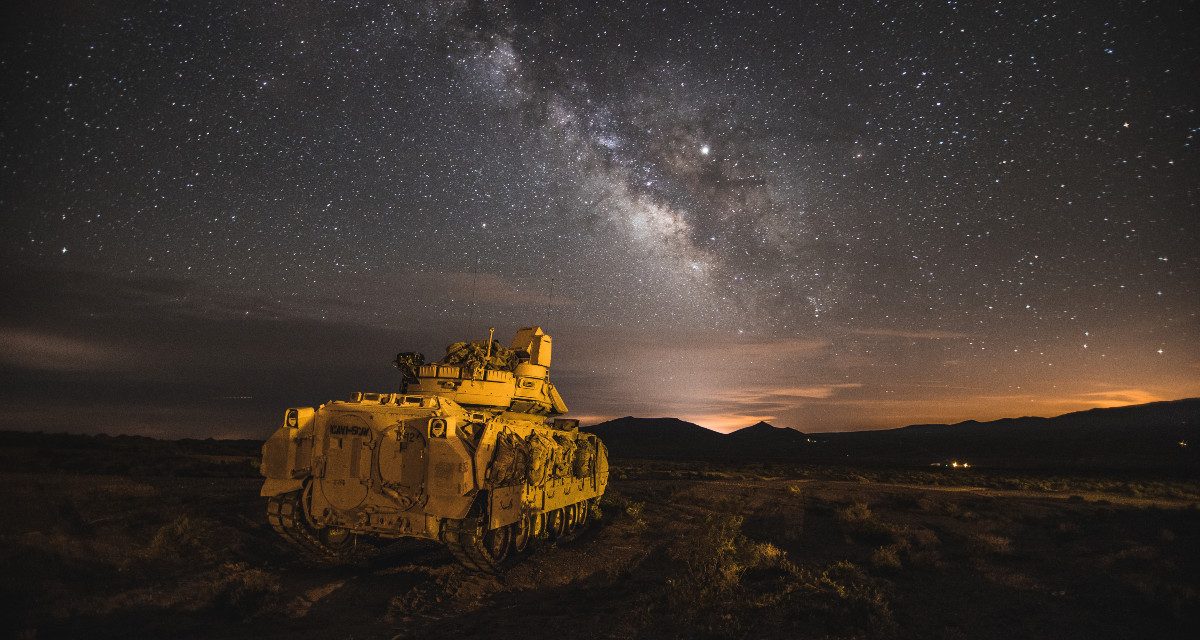 After forty years of distinguished combat service and numerous upgrades, the Army is ready to replace the famous (and Hollywood infamous) Bradley Fighting Vehicle. The Optionally Manned Fighting Vehicle (OMFV) program serves as the latest effort to dramatically advance the capability, lethality, and overmatch of mechanized infantry within a combined-arms formation. After several failed attempts to replace the Army’s Bradley, the stakes are high—and growing. The Army recognizes that the Bradley is nearing the end of its useful life and can no longer accommodate the upgrades critical to fight and win on the modern battlefield. Recently, the OMFV program provided US industry leaders a baseline of characteristics, requesting feedback on what modern industry and technology could produce in the near future. These characteristics, broadly speaking, include the ability for unmanned/remote control, artificial-intelligence incorporation, and protection from and overmatch against peer armored threats. To achieve this, the OMFV must be conceived and designed to be a significant departure from the Bradley, rather than a costly marginal improvement, a vehicle that has high operational mobility, incorporates unique forms of maneuver, and has the ability to contribute to competition below armed conflict.

From the Second World War until the early 1970s, US Army mechanized infantry traversed the battlefield in lightly armored infantry carrying platforms. The Army wanted these mechanized infantry vehicles to carry their dismounts to the battlefield, but not to also shoulder the burden of fighting enemy armored formations. Neither the M113 armored personnel carrier—which sports a .50 caliber machine gun and protects up to eleven infantry soldiers from small-arms fire—nor other infantry carrier vehicles had the protection or firepower to joust with Soviet tanks and such a confrontation would risk the wholesale destruction of friendly infantry squads. These infantry carriers relied almost exclusively on friendly supporting arms—main battle tanks, attack helicopters, and airpower—to suppress enemy positions and allow the squad of infantrymen to safely arrive at their battlefield dismount point.

The Soviet Union’s development of the BMP infantry fighting vehicle, with its complement of large-caliber autocannons and antitank guided missiles, changed the US Army’s calculus. The substantial numerical superiority of Soviet tanks, BMP vehicles, and other supporting arms would quickly overwhelm NATO forces should conflict erupt in Europe. The Army wanted its infantry vehicle to both carry soldiers and fight Soviet armored formations. While the Soviet BMP was lightly armored, weighing less than twenty tons, it was also highly mobile and had amphibious crossing capabilities. The US Army designed the Bradley as the BMP’s western antithesis—a thirty-ton behemoth packing a deadly array of cannons and missiles, capable of withstanding significant battlefield punishment. This combination of firepower and armor came at the cost of limited amphibious mobility and relatively high fuel consumption. This tradeoff made sense during the Cold War, given the defensive and relatively static nature of countering a Soviet invasion of Western Europe as envisioned by the “first battle” orientation described by Active Defense doctrine.

Fast forward to 2020. The binary notion of war and peace against a single, known enemy on well-defined terrain has blended into persistent military, economic, information, and diplomatic competition against multiple potential adversaries on a wide variety of terrain. The OMFV must be designed with that in mind and be flexible enough to operate in a wide variety of scenarios—in Europe, for example, or across the vast Indo-Pacific region and beyond.

The OMFV must be a highly mobile platform to meet the battlefield requirements in Europe and the Indo-Pacific. Specifically, it must have amphibious crossing capabilities, be light enough to cross over small bridges like those that dot Eastern Europe, and be capable of long, cross-country movements. During the Cold War, the Bradley Fighting Vehicle did not have to be particularly mobile, since the expected European battlefield for the 250,000 US forces in Germany was relatively close by. Today in Europe, the US Army maintains a single rotational armored brigade spread across the entire area of responsibility. The US military would need to conduct a rapid reinforcement with mechanized forces to provide a relevant and credible response should Russia commit to armed aggression against the eastern flank of Europe. The Army should therefore give considerable thought to designing the OMFV as a wheeled infantry fighting vehicle, rather than a tracked platform. While detractors may warn against reduced off-road capability, the ability to quickly traverse the continent without the need for time-consuming and enemy-contested rail operations, in addition to lower maintenance costs, provides a marked advantage in rapid response.

The OMFV must be amphibious to give commanders the ability to continue movement against enemy forces in the face of significant water obstacles. Currently, the Army relies on a limited supply of highly vulnerable bridging assets to transport mechanized forces across a large body of water. These operations involve days of planning at echelons above the brigade, a require a massive and overt investment of combat and combat-support platforms, and hinge on the few bridging assets not being destroyed by enemy artillery or direct-fire weapons. For a Cold War planning scenario of corps-sized elements squaring off against Soviet tank armies, these operations may have worked. In the modern context, the US Army must develop the capability for a limited but rapid response where the OMFV and supporting assets can quickly project combat power.

The Army may need to sacrifice protection, namely the amount of organic armor, to build a platform mobile and light enough to cross small bridges in Eastern Europe and conduct deep-water amphibious operations throughout the world. While Russia and China are actively increasing the lethality of their militaries, the US Army should heed a word of caution before responding by increasing levels of OMFV armor in the forlorn hope of creating a platform that can’t be killed. Infantry fighting vehicles, to include the OMFV, are not main battle tanks and should never be expected to survive a hit from a tank main gun round, or even repeated hits from smaller autocannons. Instead, the Army should use a combination of selective reactive armor (when carrying troops) and active protective systems to defend against autocannon and antitank guided missile fire from enemy infantry fighting vehicles. These systems can greatly increase the odds of survival against limited direct hits, without requiring the substantial weight in organic armor that drastically limits the Bradley’s mobility.

The OMFV must be conceptualized and designed to operate boldly behind enemy lines using all forms of maneuver described within Field Manual 3-90-1, Offense and Defense. Currently, mechanized infantry, as part of a combined-arms teams, often employ frontal attacks, penetrations, and flank attacks, as these are both simple and relatively easy to control due to the limited dispersion of formations across the battlefield. With remote controlling, tactical leaders may employ the OMFV much more aggressively, pursuing deep infiltrations, turning movements, and envelopment of enemy forces. Small units typically avoid these latter three forms of maneuver as they often cannot employ the requisite supporting fires to protect advancing infantrymen. When operating with unmanned remote controlling, tactical leaders may consider accepting greater risk to these platforms to achieve the unique surprise and shock effects of these riskier maneuvers. During the Korean War, the Chinese People’s Volunteer Army accepted tremendous risk to its own forces while employing infiltration and turning movement operations with devastating effects against US units.

To meet the demands of contemporary great power competition, the OMFV must be designed within the context of today’s operational environment. It is important to remember that the Army originally designed the Bradley Fighting Vehicle to operate and fight in the context of massive forward deployment in Germany against a specific enemy. Such planning considerations are no longer valid. Modern great power competition requires the OMFV to be highly mobile for rapid continental transit and amphibious crossings, incorporating bold maneuvers deep in the heart of enemy territory. If properly incorporated in the OMFV’s design, these characteristics will provide the US Army a decisive edge on the battlefield of tomorrow.

Capt. Harrison “Brandon” Morgan is a Non-Resident Fellow at the Modern War Institute at West Point. He is grateful for the opportunity to command the soldiers of Attack Company, 1st Battalion, 18th Infantry Regiment, 1st Infantry Division, currently deployed as part of a rotational armored brigade to the Republic of Korea. Previously, he deployed as the 1st Infantry Division’s Atlantic Resolve liaison to the Republic of Lithuania and as an infantry weapons platoon leader in the 82nd Airborne Division during Operation Inherent Resolve, Iraq. He tweets at @H_BrandonMorgan.