Risky Business: Why America Should Stay Out of the Regime Change Business 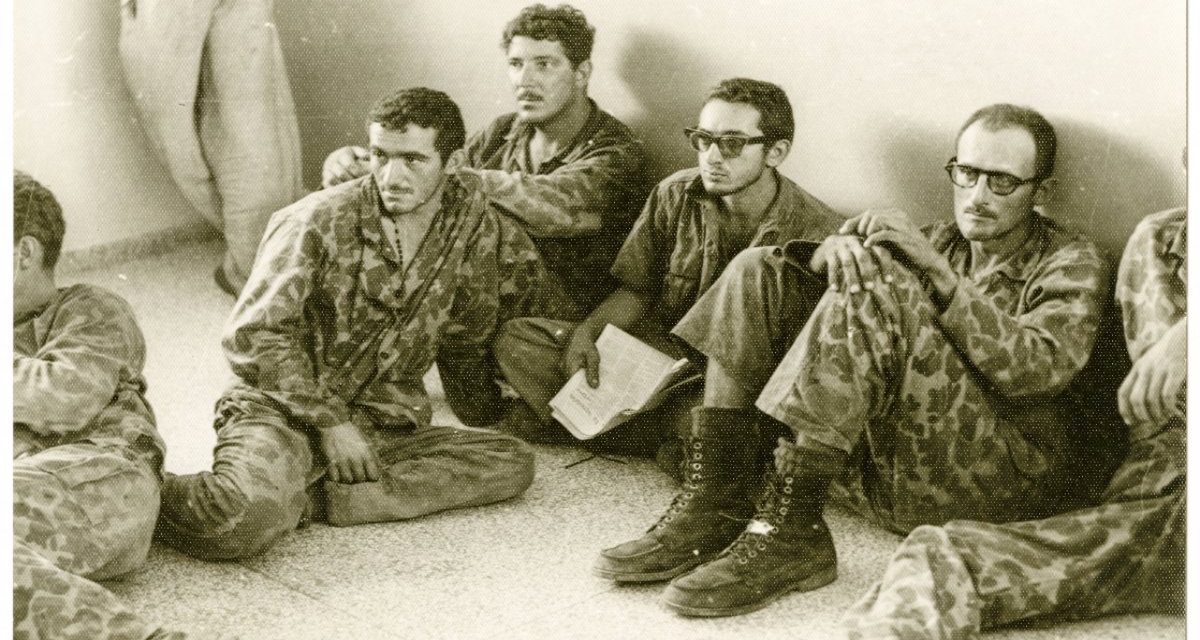 As US competition with China intensifies, conflicts in developing nations may again constitute a battleground for influence. Some observers have argued that the United States and China are likely to engage in the sort of proxy warfare that was so common during the Cold War. Others foresee a brewing contest of covert operations. The United States should tread carefully. The benefits of covert interventions and proxy wars rarely outweigh their costs. And there is one Cold War pattern that the United States would do well to avoid entirely: efforts to discredit, undermine, and, in some cases, remove inconvenient national leaders or governments in developing countries.

During the Cold War, the United States became obsessed with the perceived threat posed by Soviet-leaning regimes in the developing world. The result was a dismal parade of covert actions, proxy wars, economic aggression, and assassinations stretching from Central America to Africa through the Middle East and Asia. The most extensive catalogue of such schemes, by the scholar Lindsay O’Rourke, counts some sixty-four covert regime change operations.

In Guatemala, the United States undertook Operation PBSUCCESS in 1954 to overthrow the democratically elected Jacobo Árbenz and install a military dictatorship. In 1970, Washington saw newly elected Chilean leader Salvador Allende as a threat, imposed harsh economic sanctions, and helped bring about a coup that established a dictatorship that would last almost two decades. In Iran, the United States conspired to topple another anti-colonialist leader, Mohammad Mossadegh, in 1953. The scholar Ray Takeyh has asked important questions about how decisive the US role was—but there is no doubt that Washington decided that Mossadegh had to go and developed a plan for a coup to bring that about.

In Africa, the United States was directly or indirectly involved in efforts to remove Patrice Lumumba in Congo and Kwame Nkrumah in Ghana. It meddled in domestic politics and supported various sides in civil wars in Angola and Chad. It backed anticommunist efforts in Argentina, Bolivia, Brazil, Cuba, the Dominican Republic, and dozens of other countries. In Asia, the United States sought to influence outcomes in countries from Cambodia to Indonesia.

Most of those efforts turned out to be counterproductive, associating the United States with the repression of national aspirations and independence movements, and often hitching the United States to dictatorial leaders whose cruelty gave rise to revolutionary groups that, in places, were ultimately far more hostile to American power than the leaders they tried to overthrow.

O’Rourke concludes that covert regime change failed in its basic purposes about sixty percent of the time—and even when efforts succeeded in the short term, such schemes “failed to remain covert, and many sparked blowback in unanticipated ways.” Other evidence shows that covert regime change efforts are associated with greater levels of civil war, human rights violations, and regional instability.

How Not to Compete with China

The main lesson of these Cold War experiences concerns the tricky balance between short-term urgency and long-term strategic logic. In many of these cases, US policymakers mistook leaders or movements critical of US power and some US goals as the leading edge of much more implacable opposition to American interests. Washington saw nationalist, socialist, or anti-colonialist movements as pro-Soviet when they in fact often had very different goals.

The Soviet Union, as it turned out, was never able to force its ideology down the throats of peoples around the world. Maintaining control of countries in the Soviet bloc was one thing—but even there, Moscow was forced into repeated interventions (in Hungary and Czechoslovakia), as well as massive expenditures to prop up friendly regimes. Further afield, Moscow’s claimed successes often involved movements that wrapped an essentially nationalist or anti-colonialist agenda in communist garb.

Even when Moscow could help push a somewhat friendly nationalist regime to power, many of these governments either provoked domestic resistance or shifted away from the Soviet orbit. The Soviet client regime in Afghanistan, for example, was besieged by an Islamic insurgency that provoked a Soviet intervention, the failure of which was one of the triggers for the collapse of the Soviet Union.

Far from endorsing the urgency of struggles for power in developing nations, then, the Cold War suggests that great powers will have immense difficulty imposing their ideological control on countries far from home. They may gain temporary adherents—movements that have some authentic sympathy for their ideology, or that merely want material support. But ultimately, national interests, identity, and the demand for sovereign independence and dignity almost always trump ideology. These movements had no interest in being controlled by the Soviet Union any more than by so-called Western imperialism.

The case of Yugoslavia represented one of the few times when the United States managed to accept and work with a communist regime rather than urgently trying to unseat it. Partly this was because Yugoslav leader Josip Broz Tito broke from the Soviet orbit relatively early, in 1948. And he certainly did not prove an unqualified ally of the west. Originally hoping to use his regime as the basis of a “wedge strategy” to fragment Soviet control in Eastern Europe, the United States eventually had to accept that Tito was too aloof to formally side with the West. Still, keeping Yugoslavia out of the Soviet bloc turned out to be sufficient to meet baseline US interests. That conclusion could be a guiding watchword for US policy today—a significant degree of tolerance for the ideological character or hedging strategies of developing nations, so long as they do not formally align themselves with a US rival.

So might the wider systemic context for the United States’ Cold War success. Washington managed to attract the sustained, deep ideological affinity and geopolitical alignment of many countries not because it brought about those outcomes through covert action, but because it sponsored an economic and political order with magnetic force. As the economic prospects of the democratic world and the communist bloc diverged, as institutions and networks of trade and investment matured around the United States, Europe, South Korea, and Japan, developing nations craved access to this emerging order. They needed its investment, its technology, its aid, but mostly its economic techniques and processes. This, not clandestine operations to overthrow suspect governments, was America’s chief competitive advantage in shaping outcomes in the developing world.

A first principle would be to recognize that the American appeal to many developing countries will be a function of the attractiveness of its economic, social, and political model. If the American system continues to be characterized by bitter polarization, economic stagnation, and an inability to make progress on major policy issues, the United States could lose the allegiance of many political movements around the world.

A second principle could recognize that shaping the international system to US advantage, rather than momentary covert actions, is a much better strategy to gain long-term competitive advantage. The rule-based international order of the postwar world is not a myth, nor is it an idealistic hope for world government. It is a very practical and real source of US competitive advantage. A core element of US strategy for competing in the developing world should be to nurture elements of this order—and provide as many opportunities for developing nations to have a voice within it as possible. This could involve, for example, renewed support for key international organizations such as UN agencies, gathering multilateral support for specific norms such as maritime law, and finding ways to offer leadership roles to allies and partners in these institutions.

Third, the United States could consider offering direct assistance to help developing countries achieve their goals. Washington could do this even with governments or reformist movements that do not share all its interests or values. This could entail providing economic aid, security assistance, foreign direct investment, inclusion in key scientific and technological networks, and many other forms of engagement that have historically established the United States and its partners as the preferable group with which to align.

Finally, the United States should keep a fourth principle firmly in mind: patience. A major lesson of the Cold War is that the United States often exaggerated both the stakes of a contest for allegiance in a developing country and the Soviet Union’s ability to gain lasting allegiance by supporting revolutionary movements. If the United States were to set the overall context properly—by revalidating its socioeconomic model, sustaining and opening up the postwar order, and offering direct support to developing countries—it could likely afford to be patient and let events play out in many cases. Overreacting to setbacks and demonizing reformist movements skeptical of US influence is a recipe for generating resentment and blowback.

As the competition with China in the developing world heats up, the United States need not repeat the sad legacy of the Cold War with a surge of new efforts at covert regime change and harassment. The right way to combat Chinese influence is to maximize the systemic advantages that the United States has long enjoyed, meet reformist leaders and movements in the developing world on their own terms, and trust to the long-term appeal of American norms and values.

Michael Mazarr is a senior political scientist at the nonprofit, nonpartisan RAND Corporation.