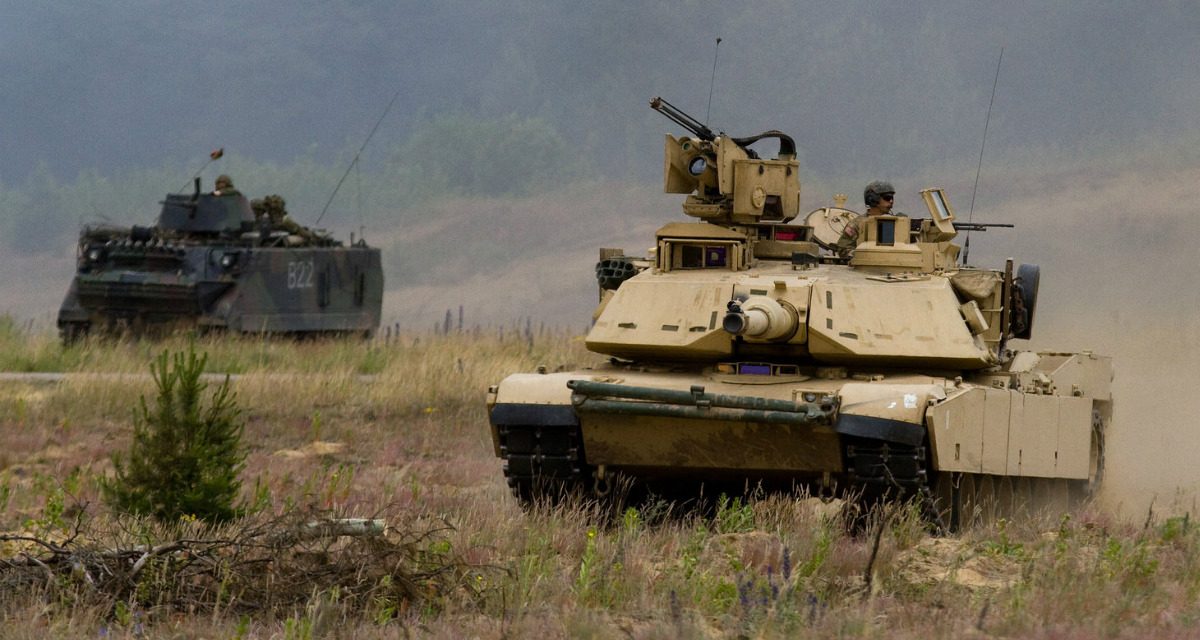 People are interesting creatures. We want so badly to be rational and at the same time are incredibly irrational when confronted with information that is contrary to what we believe. For both individuals and institutions facing critical decisions, how we respond to new, contrary information cuts to the core of whether we will be successful. Today, the Army sits at such a decision point: Does forward-deployment of armored forces in regions vital to US interests or a rotational model offer a better means of meeting security requirements?

Andrew Gregory’s recent MWI article, entitled “Maintaining a Deep Bench: Why Armored BCT Rotations in Europe and Korea Are Best for America’s Global Security Requirements,” makes a compelling argument for the continuation of rotational force presence in Europe, Korea, and the Middle East. But while it is encouraging to see intellectual debate on this subject, the conclusion—that rotational presence is the “only” way to meet the United States’ security requirements—is contradicted by the facts. To use Gregory’s own analogy, no team ever wins by keeping its “blue-chip” athletes on the bench. In fact, if the other team takes the field and you stay in the locker room, you forfeit, no matter how good your team is.

Supporting rotational units as the best way to meet our national ends is to continue to be comfortable being wrong. When faced with the consequences of a different strategic environment than anticipated almost thirty years ago, coupled with new information that makes forward-deployment more cost effective, will the Army choose to double down or have the institutional courage to change? The author hopes it can change.

The Army’s choices and experience in Europe are especially illustrative. There, rotational forces are simply the best compromise of the moment. But that does not make them the best way for the Army to meet its requirements.

Strategy is about choices. Our current posture in Europe is born of choices based on invalid assumptions. Russia’s seizure of portions of eastern Ukraine and its illegal annexation of Crimea highlighted these strategic miscalculations in judging the intentions of America’s erstwhile foe. Despite “resets” in relations and attempts at partnership in the post–Cold War era, the Kremlin has returned as a strategic antagonist to US interests. This sequence of events was based on the mistaken hopes that Russia would become a partner in managing crises and not a threat to its European neighbors.

It is not that these assumptions were unreasonable. The Soviet Union was defunct and in the throes of its disintegration. The enemy at the gates of Western Europe was gone. The domestic economy was good, and the United States Army did what it always does after wars: it shrank. It began by leveraging the opportunity to re-station forces to CONUS following Desert Storm, and continued with the Army’s pursuit of infrastructure consolidation through 2015. In fact, in the not too distant past, the United States had no tanks in Europe, in a sort of ad absurdum argument gone totally wrong. Today, US Army Europe is composed of approximately 29,000 permanently assigned personnel, including two permanently stationed BCTs and a bevy of enablers. Having shed its combat power and basing rights, rotational forces were a suitable stop-gap measure.

Interestingly, in 1989, European Command’s baseline to maintain “European stability” was 158,500 soldiers. Now, at 29,000 soldiers one would logically conclude that the continent has become more stable in the intervening decades. This is specious at best, disingenuous at worse. Now, to maintain stability the United States is confronted with the dual requirement to assure its allies while building combat power to deter Russian aggression. The facts, as borne out, are that Russia is a resurgent threat to US interests. The assumption that the Kremlin would be our strategic partner has been proven invalid. A rotational presence might be the best the United States can do, for now, to assure allies and deter Russia. But it does not result in optimum preparedness, nor is it the most economical, and it is not the most appropriate plan for the future.

If rotational forces are not cheaper, then they must be more ready than forward-deployed units. This is similarly false. Forward-stationed units aren’t just “ready,” they are “prepared”—and that’s an important distinction. Living, operating, and training where the fighting will occur is an advantage both our allies and adversaries enjoy. Forward-deployed forces enjoy that same advantage. Contrary to assertion, a rotational unit arriving in Europe is not more combat ready solely because it had a training rotation in the Mojave Desert. Believing this completely discounts the complexity of coalition operations and the value of the tacit knowledge gained by living and operating in the environment in which units are expected to fight.

Like CONUS-based forces, forward-stationed brigades in Europe have access to capstone exercises. They are coalition, joint, and frequent—all important characteristics that make judging the value of the Joint Multi-national Readiness Center (JMRC) based on its size compared to the National Training Center (NTC) logically faulty. JMRC demonstrated its value in preparing units for combat in Iraq and Afghanistan for over a decade. Discounting its ability to prepare units for combat in Europe is disingenuous. JMRC rotations are phenomenally complex and frequently involve participation by allies numbering in the dozens. The allies training at JMRC are the allies US forces will fight with. They are not role players.

Our future wars will be coalition affairs. The time it takes multi-component, joint, or multi-national units to coalesce into functional combat organizations is glossed over because it cannot be quantified for budgeting purposes. However, this qualitative fact is strategically important. All units, permanent or rotational, build mutual confidence with allies that can only derive from frequent interaction and building an understanding of human factors related to culture, religion, customs, languages, and more. Rotational units sever these vital relationships every nine months, to great disadvantage. Forward presence simply builds better relationships. Relationships in turn build trust, and trust is a bedrock of the profession of arms, whatever your nationality.

Beyond building soldier-to-soldier interpersonal trust, NATO has its own standards—standards that CONUS-based forces are rarely exposed to. Interoperability between US and multinational forces becomes an issue when standards are not understood or practiced. US forces should expect to (indeed, it is an operational imperative that they are able to) integrate with allied units as fluidly as they do with other US units. In the author’s experience, interoperability occurs on three levels—doctrinal, technical, and cultural—all of which take time to develop. It’s not a question of whether rotational units can develop this tri-fold level of interoperability. The question is how many times the US Army wishes to pay that bill, and whether allies will accept the payment of the bill in blood if it occurs in combat.

This concern is not trivial. NATO has doctrine and standards and the United States is a member of NATO. Frequently, though, Army formations rotating into Europe for a short period do not know and do not practice these NATO norms and inevitably default to US doctrine and standards. This frustrates NATO allies and erodes trust and effectiveness. Forward-stationed brigades, by contrast, learn and apply NATO doctrine through habit and organizational inculcation over a sustained period of time that rotational brigades cannot match.

Technical interoperability is the ability of allied forces’ equipment to function with each other. In most cases, allied units encounter problems working with each other for the first time because of small differences in equipment. Clausewitzian friction manifests itself during mundane but essential tasks like refueling operations when fuel nozzles require adapters, or during vehicle recovery operations when a US wrecker cannot safely shackle itself to a Romanian BRDM armored patrol vehicle. Perhaps more serious is the discovery learning that takes place when allied units need to communicate with each other, but are hindered by both language and technology barriers. The resulting confusion frustrates allied integration and can lead to several, disparate, small-unit engagements at the expense of an integrated and synchronized battle. These friction these difficulties create is preventable, but every time a rotational unit arrives, it relearns these things. Dependence on rotational forces places the United States at a self-imposed disadvantage.

Lastly is the issue of cultural interoperability. The reminders of recent history weigh heavily into the culture of NATO’s Eastern European allies and shape how they view contemporary Russian actions. Knowledge of the allies’ military culture provides insight into how they view leadership. Cultural interoperability is more than just “getting to know you.” It is an imperative that enables US forces to exercise mission command effectively and in accordance with allied customs and norms. And so the fig leaf shifts again . . .

If not cheaper, nor more ready, then rotational forces are said to create flexibility. This, too, is a red herring. The lack of permanently stationed heavy forces in Europe takes options away from the United States. The United States’ retrenchment behind two vast oceans engenders instability through a lack of meaningful presence while generating no greater flexibility. If the United States has no conventional deterrent to draw upon, it has only its nuclear deterrent, reliance on which is akin to eighteenth-century British thinking that a large standing Army at home could guarantee stability in its far-flung colonies.

The Russians know seizing and holding the Baltic states is untenable. Installing a Russian-friendly regime is all they need to do to affect a tectonic shift in Europe, and it would require only a 72–96-hour operation to seize Tallinn, Estonia. CONUS-based forces need not play into their strategic calculus. They may as well be on the moon. Their existence is moot. What then are the United States options, and what is the cost vis-à-vis conventional deterrence through permanent presence?

Beyond European contingencies, permanently stationed forces are closer to two of the “4+1” countries than CONUS forces and draw upon robust force projection platforms. Indeed, the continental United States is as far away from the “dynamic security environments” into which it would need to deploy forces as anywhere in the world. It’s time to drop the fig leaf.

Therefore the question remains: What do you do when you are confronted with information that is contrary to what you believe to be true? Rotational forces as the best way for the United States to meet its strategic requirements is a fig leaf the United States Army should shelve next to the Pentomic Division—one that was born of necessity, not of effectiveness. Confronted with the facts that forward-stationed forces are more strategically relevant, more effective, and less expensive than their rotational counterparts, the Army must not shift the fig leaf once more and should instead express its desires with Congress to put its “blue-chip” players back on the field. 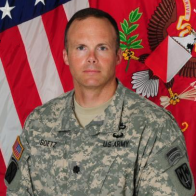 Lt. Col. Joseph “Clete” Goetz is an active duty Army engineer officer assigned to the Pentagon. He commanded an engineer battalion in Germany and is a 2017 graduate of the Army War College and its Advanced Strategic Art Program.