“Row Well and Live”: A Military Cliché that Deserves to Die 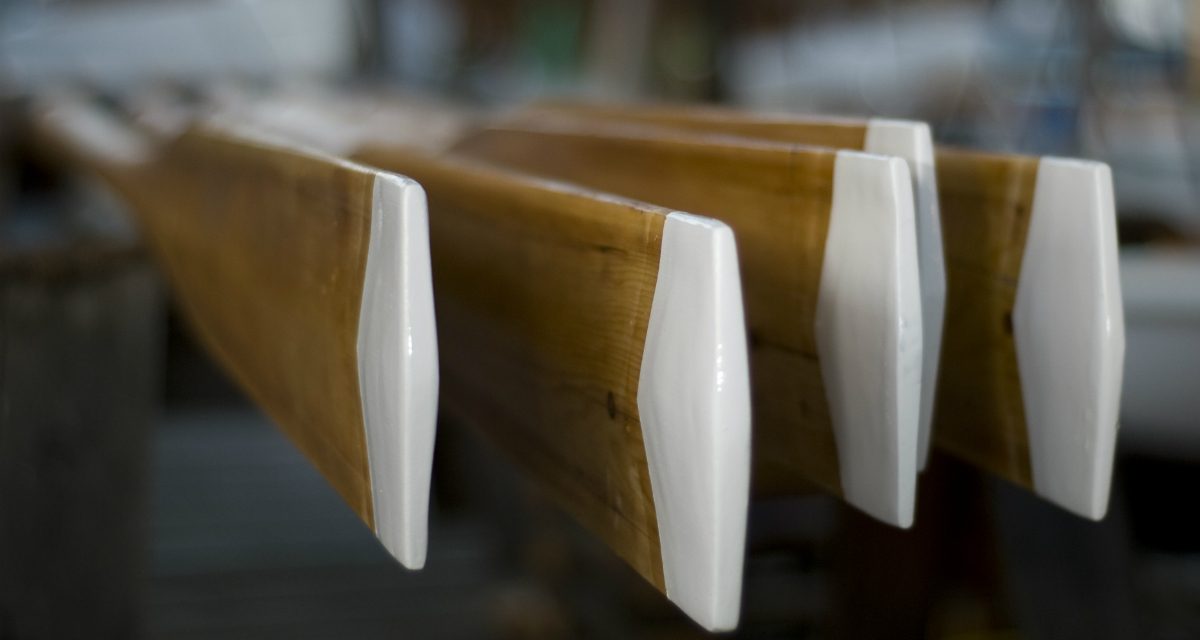 “Row well and live” is a perfect slogan if you happen to work at the DMV. But that saying has no place in a modern military headquarters, and to suggest it as guidance to young military officers is inaccurate and inappropriate.

But, somehow, I just keep bumping into this pernicious phrase. Like a zombie extra on The Walking Dead, this motto just stumbles forward, well after rigor mortis has set in, alternating groans between “urghhhh” and “Row well and live.”

I’ve kicked this dead horse before, so I’ll try to be brief and merely throw another shovel-full of fresh dirt on this rotten corpse of an expression.

“Row well and live” conjures up images of a slave ship, with rowers shackled in place, gazing straightforward as they mindlessly pull oars to a set-cadence, their only motivation being to avoid the master’s lash. This is what bureaucrats do.

Bureaucracies, like the DMV, tackle routine, repetitive tasks with non-expert knowledge under close supervision. They’re extrinsically motivated and their chief goal is to achieve efficiency.

Professions, like the military (or doctors, lawyers, and the clergy) handle new, novel situations with expert knowledge, and with some autonomy from the society they serve. They’re intrinsically motivated and duty-bound to be effective as opposed to strictly efficient.

As Don Snider has pointed out, the military professional’s core competency is to produce “independent judgments of high moral content.” Snider has asked, rhetorically,

How many times will a lieutenant on patrol, a convoy leader, a helicopter pilot, how many times will they see a new situation, reason about it inferentially from the knowledge in their head, surveying a lot of technology all around them, and arrive at a decision? A judgment. Nobody looked over their shoulder, nobody told them what to decide, there was no computer that spit out the answer to them.

Think of it this way: Would you go to a doctor whose office is decorated with an immense “Row well and live” poster—a doctor that simply applied the same remedy to every malady? Or a dentist that just extracted every problematic tooth, no matter what? Or would you rather see signs of professional accomplishment from medical professionals, like diplomas and certifications that indicate expertise?

Sometimes, row-well-and-livers seem to mistakenly use the phrase as shorthand for “work hard,” or to convey that to be a modern military professional can be a tough, thankless, even dirty job. Like rowing on a slave ship.

But, while the hard work part is certainly true, it’s clear that a military professional’s role is actually not at all like an oar-pulling slave, and so to repeat this cliché actually does harm to the profession of arms.

As an inaccurate catchphrase, it does not reflect reality. But the mere inappropriateness of the depiction isn’t as damaging as the fact that talented soldiers, noncommissioned officers, and officers likely hear expressions like “Row well and live,” and decide to get up from the boat and opt-out with their feet. Tim Kane’s book about military personnel policies revealed striking survey data that some of the best young officers leave because too often the military “rewards conformism and ignores merit.” Instead, talented young military professionals would much rather be part of an organization where people are encouraged to “move fast and break things,” or at least a place where senior members don’t equate success with galley-slaving.

The truth is, I don’t expect “Row well and live” to ever die. An unfortunate few will always keep this vampiric expression going. But there is hope that among those that know and understand the profession of arms an alternate slogan will emerge to describe what really happens to those who think they can apply the same solution to the same problem over and over while under their commander’s watchful eye: “Row Well and Die.”