We Run Wargames Programs for the Joint Staff. Here’s What We’ve Learned. 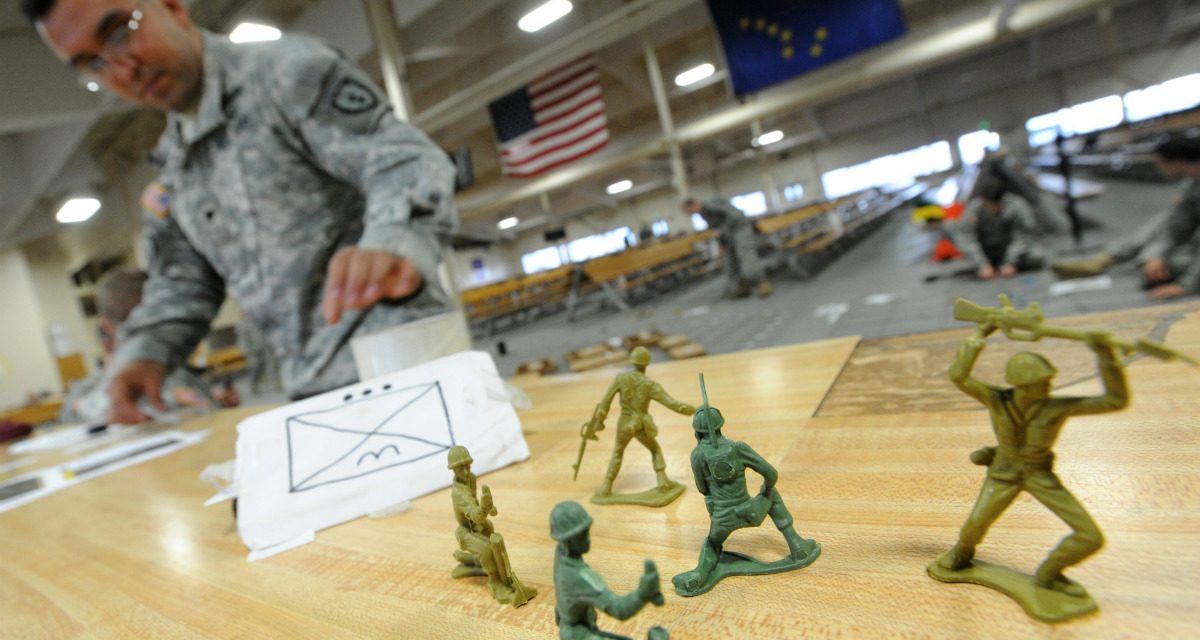 Although the US military has used analytical wargaming for well over a century, a 2015 Department of Defense review revealed, “Wargame results are neither shared laterally across the defense enterprise nor up the chain to influence senior level decision-making.” Furthermore, the review found that there was a lack of inter-service cooperation in the development of wargaming concepts and plans.

In August 2017, management of the Repository and WIF was handed over to our office—the Joint Staff’s Studies, Analysis, and Gaming Division. Senior leaders soon inquired about the wargaming initiatives’ return on investment, a request prompted by the 2018 National Defense Strategy’s focus on driving a “culture of performance” in the DoD. To understand the Repository and WIF returns and whether these initiatives were achieving their intended purposes, we posed two key questions. First, were DoD organizations using the Repository to disseminate their wargames’ lessons learned, and if so, were those lessons learned being read by other organizations within the DoD? Second, were WIF analytic wargames aligned with senior leader priorities and were senior leaders involved in the games? Answering the first question provides evidence of whether information-sharing stovepipes were being overcome to better share information across the defense enterprise and enable concept and plan development. The answer to the second question speaks to what extent WIF-funded games were aligned with the most pressing needs of department leaders and influencing their decision-making.

Development of the Repository began in late 2015, and it currently houses over 750 completed and future DoD wargames entries. Access to details about these wargames is open to all DoD personnel via the Secret Internet Protocol Router Network, and the details include summaries of results from over six hundred wargames and full-length reports from over one hundred wargames. Analysis of user access to these data shows that over eight hundred DoD officials from the Army, Air Force, Navy, and Marine Corps viewed these entries more than fourteen thousand times. Furthermore, 73 percent of the aforementioned views came from DoD organizations that did not organize the wargame. Repository users were seeking lessons learned, high-level insights, and points of contact for completed wargames from organizations other than their own. Users also viewed information on upcoming wargames, which included points of contact for wargame organizers, thereby creating pathways for cooperation and collaboration between services and across combatant commands.

Each month we analyze new and updated Repository information in order to produce a report that we share with over five hundred government officials of the Defense Wargaming Alignment Group (DWAG). Each report highlights results from multiple recently completed wargames and a listing of upcoming wargames. These reports provide wargaming community members from across all the services, combatant commands, and other DoD organizations with useful information and situational awareness for planning purposes. Perhaps most important is that members gain information that leads to contributing and participating in wargames that they were not previously aware of, but align with topics their organization is interested in. In addition, members share information that they submitted to the Repository during biweekly DWAG meetings. These meetings provide a venue for participants to elaborate on Repository information and begin collaboration on upcoming wargames. During most meetings, we have witnessed firsthand how—just as DoD senior leaders had envisioned—the Repository enables inter-service and cross–combatant command cooperation and collaboration that helps in the development of wargaming concepts and plans, as well as dissemination of wargame lessons learned and results.

To answer the second question, we examined how well games aligned with senior leader priorities and to what extent leaders were involved. Between May 2016 and August 2018, WIF supported fifty-four wargames, which account for 20 percent of all wargames in the Repository during that period. The scenarios for these games addressed the top priorities in the National Defense Strategy that the Secretary of Defense announced in January 2018. The strategy’s principal priorities are China and Russia, while its secondary priorities are North Korea, Iran, and counterterrorism. Our analysis showed that 68 percent of game scenarios focused on peer competitors (the principal priorities in the strategy); and 24 percent looked at rogue states (the secondary priorities). Ninety-two percent of games have been directly aligned with the National Defense Strategy priorities and the most pressing needs of department leaders. The remaining 8 percent focused on topics outside of these priorities but relevant to national strategy. For example, high-level political and military officials from a wide variety of our partners have participated in wargames. These games supported the second line of effort of the strategic approach outlined in the National Defense Strategy, which is strengthening alliances as we attract new partners.

Wargame results were being shared up the chain to influence senior level decision making. Nearly all, fifty-two of fifty-four, WIF-funded wargames’ results, high-level insights, and lessons learned were briefed to senior leaders. Additionally, 32 percent of these games involved direct participation of general and flag officers, or members of the Senior Executive Service. Many of these games had profound impacts. The majority of game results are classified; however, an unclassified example of how a WIF-funded wargame informed senior-level decision making is TRANSCOM’s contested environment wargame. In April 2018, the top commander of US Transportation Command testified to Congress that his wargame revealed critical security vulnerabilities and that lessons learned “drove changes in how we plan for attrition, cyber, mobilization, authorities, access, and command and control.” Instances like this where a commander directs a game and uses the results in his or her decision-making process speaks volumes about the value and need for the WIF.

The Repository and WIF have provided value to the DoD wargaming enterprise by enabling the sharing of wargame results and lessons learned across the enterprise and to senior officials to influence their decision making. We are confident that both initiatives will continue to enable combatant commands, services, and other DoD organizations to overcome traditional information-sharing stovepipes and facilitate collaboration. Doing so will facilitate addressing national strategy priorities just as DoD senior leaders envisioned. Moving forward, we plan to periodically assess both initiatives using our two key questions because they provide the best determination of whether the initiatives are meeting their intended purposes. We will keep senior leaders and the wargaming community informed about how these initiatives are providing value, and how we are making initiative changes to better support the priorities and efforts within the National Defense Strategy.

Col. Garrett Heath leads the Studies, Analysis, and Gaming Division at the Joint Staff, which manages the Wargaming Incentive Fund and supports the Wargaming Repository. Dr. Oleg Svet, AT&T, is a senior defense analyst who supports SAGD and the Office of the Secretary of Defense.

The views expressed in this article are the authors’ own and do not represent the views of the Department of Defense or the US government.