Russia and the High North: Interview with Nikolay Korchunov, Russian Ambassador at Large for Arctic Cooperation 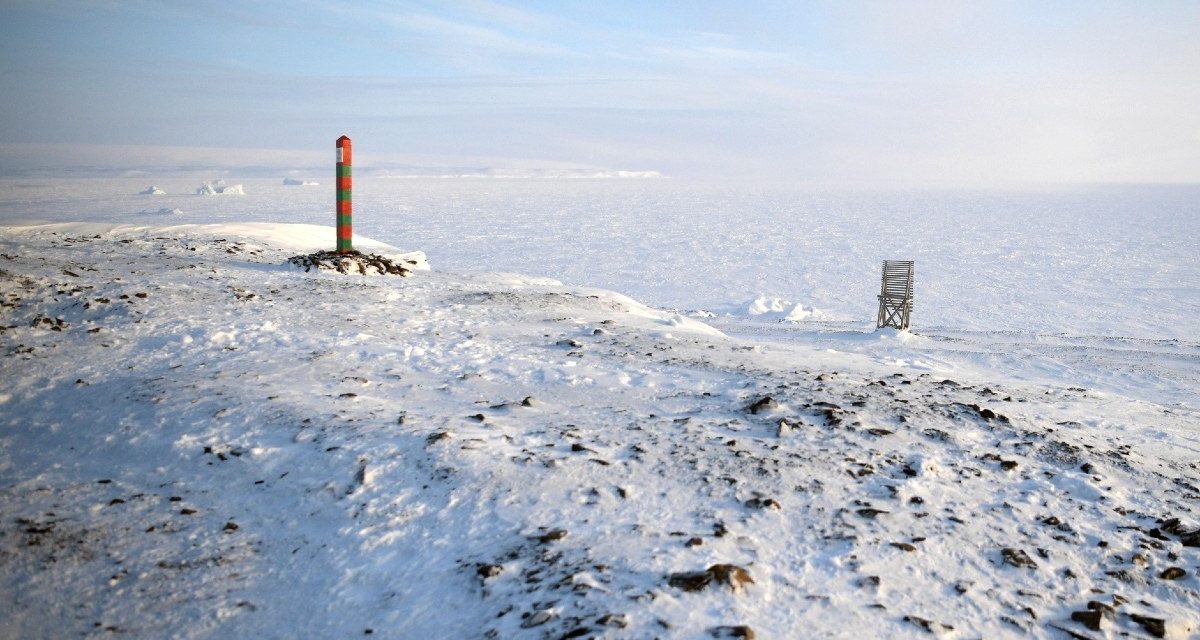 Editor’s note: Dr. Elizabeth Buchanan, codirector of Project 6633, recently had the opportunity to ask a series of questions to Nikolay Korchunov, the Russian Ministry of Foreign Affairs’ ambassador at large for Arctic cooperation and the senior Arctic official of the Russian Federation to the Arctic Council. Korchunov’s complete and unedited responses to these questions are presented below.

What are the implications of renewed great power competition in the Arctic?

First of all, the only competition we advocate in the Arctic is a fair market competition, as Russian strategic documents emphasize the importance of social and economic development, increase of employment rate, standard of living, support for indigenous people, development of infrastructure, transport communication and environmental protection. Therefore, to achieve these goals we welcome long-term partnerships in the Arctic with any nation, be it the Arctic Council (AC) member state, or any other country.

Last thing we need is another “cold war” or “security dilemma” manifestations. Russia is transparent in strengthening its military potential and takes adequate defensive measures to ensure sovereignty and protection of our northern borders, that are based on a logic of reasonable sufficiency.

What Russia consistently stands for is the comprehensive holistic approach to the development of the Arctic, including prevention of risks and threats and response to challenges through the mechanisms of the regional co-operation including mil-to-mil dialogue between the Arctic states. Annual meetings of the Chiefs of General Staff of the Armed Forces of the AC member states were an effective mechanism for maintaining regional stability. Meetings at the level of military experts of the Arctic states could be launched to discuss all the aspects related to the threats to “hard” security. The establishment of mechanism for a dialogue on Arctic-related security issues as an all-weather forum could enhance the effectiveness of relevant national efforts in high latitudes and cover the entire agenda of the international cooperation in the Arctic.

Among the alarming trends bringing the elements of escalation, military and political tensions in the region is a growing internationalization of military activity by non-arctic states that become more assertive and provocative. It causes a great concern when countries remote from the Arctic include the region in their zone of military activities. The UK’s Defence Arctic Strategy is clearly a provocative step that weakens regional security. It is worth noting that China – also a non-Arctic state – is now being subjected to serious unjustified criticism for its Arctic policy but unlike the UK and other NATO member-states it consistently demonstrates military restraint in high latitudes.

Russia has not deployed and does not deploy any military contingents and infrastructure of other countries including allies on its Arctic territory. Consistently refrains from conducting military exercises in High North with non-Arctic states.

We believe that there are no problems in the Arctic that need military solution. On the contrary, we view this region as one with a great potential for cooperation and teamwork in the face of global challenges. We hope that all the Arctic states that have undertaken obligations to maintain peace, stability and constructive relations in the Arctic will be unconditionally guided by this.

Russian Arctic produces more than 10% of GDP and over 20% of exports. We are committed to keeping it as an area of peace and cooperation. The issues of a balanced inclusive sustainable development, the implementation of large-scale scientific and business projects are our priority. That is why the Arctic as a theater of war is not an option for us.

What are the key challenges posed in the Arctic?

The complexity of new challenges, the multiplying risks and security issues on the agenda of the Arctic states require the consolidation of our efforts to form the mechanisms for responsible governance based on the Arctic Council partnerships in the interests of sustainable development of the Arctic region.

The major threat in the Arctic is the climate change which demands elaboration of mitigation and adaptation measures in order to cope with problems of permafrost degradation, changes induced by human activities, air and marine pollution, endangered biodiversity – everything that affects fragile Arctic ecosystem needs our attention and relevant response. Therefore, Russia always welcomes partnerships on Arctic science and research aimed to achieve technological breakthroughs and innovative solutions for the sake of sustainable development of the Arctic. We have a vast experience of collaboration on environmental issues within the working groups of the Arctic Council.

However, there are some obstacles on our way to sustainability. For instance, those are restrictions posed by economic sanctions undermining sustainable development including its socio-economic component of the Russian Arctic with direct implications for the Arctic inhabitants, including Indigenous peoples. If a long standing partnership were in its place and our EU partners were consistent with their commitment to the well-being of the Arctic region, we wouldn’t have lost the opportunity to avoid the emission of tens of million tons of carbon dioxide as the result of a recent suspension of EBRD projects in Russia.

What are the key opportunities for 21st century great power relations in the polar zones?

The Arctic represents a huge potential for international cooperation both, in light of new threats and challenges, and emerging opportunities for the development of tourism, infrastructure, cargo transportation, communications, polar research, implementation of oil and gas projects, environmental protection, etc. In most cases, the complexity of issues in high latitudes requires the pooling of joint resources – financial, technological, scientific, and organizational, as a single state normally does not possess all the necessary competences.

One of the most promising large-scale projects is the development of transportation along the Arctic seas. Russia is transparent when it comes to the agenda and plans for the Northern Sea Route, which is also one of the important factors in the development of the economy of the European North, as well as the region of the Bering Strait. This arctic route is 40% shorter than the alternative route through the Suez Canal and has several advantages. Its shorter length helps not only to reduce time, but also fuel costs, minimizing anthropogenic footprint in terms of emissions. The prospects for year-round navigation in view of climate change, the absence of risks inherent to the Suez route, including political ones (piracy problem, conflict potential of the Middle East, etc.), make the development of the Northern Sea Route a viable project as this artery is capable of ensuring the connectivity and diversification of traffic flows between Europe (the main market) and Asia (the main producer) with an optimal balance between environmental safety and economic revenues. This, in turn, will further optimize supply chains and reduce transport costs, which will ultimately have a positive effect on both, the development of the global economy and the end consumers.

Russia would also like to encourage further work on innovative energy solutions in the Arctic aimed at combating climate change and bringing the needed flexibility to electricity production for the increasingly electrifying society. We believe that Arctic has a great potential as a green energy provider in terms of resources including LNG, critically important metals and minerals and innovative concepts that could accelerate energy transition globally.

However, the basic opportunity for us is to preserve this region as a peaceful environment with unique ecosystem—something that Arctic Council has managed to provide for the last 25 years. To save peace, stability and security, make it a better place for all the Arctic communities regardless macroeconomic and geopolitical trends is our number one priority. This is the major challenge and opportunity that requires a serious dialogue and a long-term partnership aimed at achieving our common goals.

Dr. Elizabeth Buchanan is lecturer of strategic studies for Deakin University at the Australian War College and a fellow of the Modern War Institute at West Point.