Russia, China, and the Facts of Polar Security 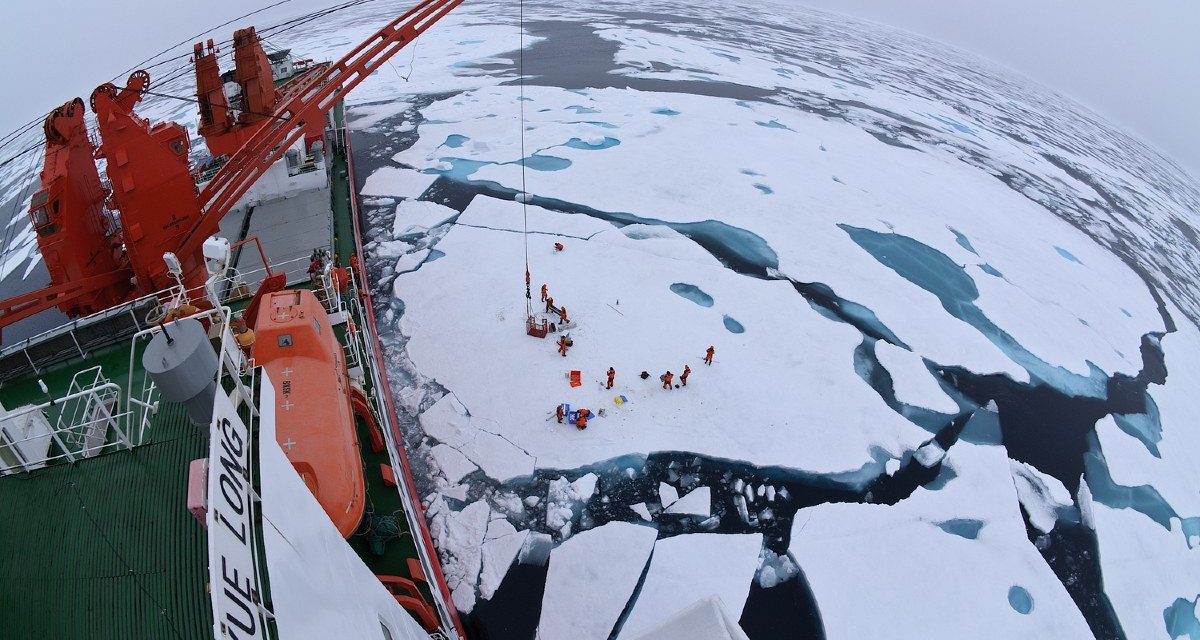 US strategic indifference toward the polar regions has led to atrophy and security capability gaps that require urgent attention. As these regions have warmed and continue to open, the twenty-first-century great power competition has ascended to the Arctic and will surely descend on Antarctica. While the United States has focused on other priorities in the opening decades of this century, China and Russia have been surveying US polar postures and have taken steps to build their Arctic and Antarctic capabilities and fill the polar regional power vacuums. Despite opposing narratives, the strategic relevance of the polar regions is growing exponentially.

The Inescapability of Competition

For all the speculation and argument about who is doing what and why in the Arctic—and lately, Antarctica—the reality is we cannot be certain about Moscow’s or Beijing’s intentions. Public statements and policies are of little reassurance when considered against their structural initiatives and actions over the last several years.

First, it is a general principle of great power competition—borne out in the historical record— that no power vacuum goes unfilled. Competitors will inevitably act to seize opportunities, bolstering their strategic positions and offering them advantages over their adversaries. Arguments that the economic nature of great power interest in the region will encourage cooperative behavior do not change this. Increased commercial presence will ultimately lead to jockeying for positions of strategic advantage.

While mutual economic benefit may incentivize cooperation at the outset, when such cooperation contradicts interests—which is inevitable at some stage—we will default back to competition.

Second, the polar regions are characterized by strategic uncertainty, which inevitably pushes actors along the cooperation-competition-conflict continuum, as it opens up many opportunities for strategic miscalculation. Evolving geopolitics, changing physical environments, increased accessibility and opportunity, and fragile international covenants all make for an unsettled environment. As new economic opportunities lead to the expanded presence of commercial and military actors, there will be more frequent interactions, which raises the specter of miscalculation at the edges of strategic interests. An accidental maritime encounter between naval vessels or an unsafe aerial maneuver off the Alaskan coast could escalate tensions to the point of conflict.

(Some of) The Facts of Polar Security

The dominant narrative influencing US polar policies and national security priorities rests on an assumption that the polar regions are zones of peace and exceptionalism. This is not only theoretically unsound; it is inconsistent with the facts on the ground.

In the Arctic, for instance, we have objective evidence that Russia continues expanding its military footprint through infrastructure projects along its northern territory within the Arctic Circle. Many argue—on the basis of conjecture and unquestioned acceptance of Moscow’s policy narrative—that this is nothing more than defensive military buildup within Russia’s sovereign boundaries to protect its economic assets and therefore not cause for US concern. Still, Russia has formidable military capabilities in the Arctic that—regardless of their intent—put the US homeland at increased risk. This is a fact and compels US attention.

We also know that China seeks expanding presence and influence in the Arctic beyond its research stations in Svalbard (Norway) and Iceland and has pursued infrastructure deals in Greenland (via Denmark) and mainland Norway, among other places, that have prompted US response. We can speculate on the intent behind these deals and whether they are motivated by commercial or military interests (or both). Regardless, China seeks a presence in the Arctic, a fact that continues to elevate US polar national interests.

In addition to increasing Arctic presence and renewed focus from militarily powerful adversaries, the Arctic is a homeland defense challenge for the United States. Gaps in Arctic communications, domain awareness, general presence, and enabling infrastructure leave our northern border and the state of Alaska vulnerable to foreign threats. One state cannot carry the burden of protecting US sovereignty.

The only modicum of protection currently guarding a historic, and still relevant, strategic avenue of approach to the United States is the North Warning System—a thirty-four-year-old Cold War relic in desperate need of modernization and incapable of sufficient early warning against twenty-first-century military capabilities. Furthermore, broadband connectivity and other basic infrastructure requirements on which the systems rely is woefully inadequate to support the modern defense infrastructure necessary to secure the region.

While the Arctic has immediate relevance to the security of our homeland, so too does Antarctica for key allies, and it is geographically strategic terrain. And yet, Antarctica faces many of the same realities (and capability gaps) as the Arctic—only delayed by ten to fifteen years. The Antarctic Treaty prohibits the continent’s militarization. But well-intended international agreements rarely stand up against the realities of evolving technology, interests, and opportunity. Russia and China are already actively pursuing Antarctic activities that are questionable in terms of the treaty’s restriction on military maneuvers.

Clearly, we cannot count on the warming Arctic remaining a tranquil region or the Antarctic continuing to function as a nature preserve for researchers and adventurers. We need to warm up to the idea that the polar regions are an obvious and urgent demand for our strategic attention.

Attending to the Future Challenge

There are immense operational difficulties above 66ºN and below 66ºS. The Arctic and Antarctica are distinct and present unique challenges requiring environmentally specific capabilities and operational solutions. Extreme cold, communications latency and reliability, seasonal darkness, high seas, moving ice pack, immense distance, and remoteness are just some of the myriad reasons states have long relegated the polar regions to the periphery of the national security dialogue. These limitations have fueled a common assumption that “no one wants a fight in the poles.” This may, however, be precisely the assumption great power adversaries have been counting on as they have further made their way, unfettered, into the polar regions in the twenty-first century.

A United States that fails to orient to the challenges will be left behind. Simply put: if the United States is not present in the polar regions, future claims and resource access will go to whoever has planted the flag and demonstrated the will first. But these formidable security challenges can and must be met through a robust network of polar partners to catch up in the Arctic and to keep pace in Antarctica.

Just as we take an expanded view of what constitutes power—including diplomatic, information, economic, and military dimensions—we must deploy a broadened conception of “alliance.” In addition to partnering with other countries, we should look toward institutions and commercial organizations to build upon what they have already achieved.  This is especially crucial given the cost, environmental difficulty, and remoteness of both poles. The United States cannot simply repurpose military equipment designed for temperate zones or another era for use in polar climates. And the most effective way to build what is needed—such as ten-thousand-foot runways, deep water ports, and communications systems in the polar regions—is to leverage commercial and other agency investments that already have produced the knowledge and experience to operate in the region.

Perhaps as importantly, partnerships and presence can accelerate and magnify influence in the polar regions just as they have in Europe and Northeast Asia. Allies and partners are imperative to future national security interests.

We need to advocate acceptance of the potential of conflict and awaken interest among the community of scholars and practitioners willing to grapple with these issues rather than dismiss them as alarmist rhetoric. We say this not to advocate unnecessary polar militarization but rather to compel attention to and awareness of the fact that, despite the indifference of many, the polar regions are an integral domain in the renewed great power competition with Russia and China. Apathy to and avoidance of the polar regions in the discourse has led to strategic atrophy and resulted in a blind spot and power vacuum that great power adversaries now exploit. Our goal here is to compel conversation and stimulate dialogue that attends to the possibility of polar conflict with peer and near-peer powers, as well as to propose informed solutions. The poles inevitably must be part of a modernized Western deterrent structure.

The conversations that follow in Project 6633 can and should inform proactive policy dialogue and strategic discussion, as well as operational and tactical conversations, meant to address these issues before they become crises rather than rely on reactive and hasty measures. These measures can be avoided by engaging informed people in a purposeful conversation. The debate on the poles not just as the next frontier but as the next arena for competition needs to begin.

Charles H. Jacoby, Jr. is a retired US Army general who served as commander of US Northern Command and North American Aerospace Defense Command. He is the distinguished chair of the Modern War Institute and a senior strategic adviser to the Alaska-based telecommunications company Quintillion.

Dr. Ryan Burke is the co-director of Project 6633 and a fellow with the Modern War Institute. He is also an associate professor in the Department of Military & Strategic Studies at the US Air Force Academy, a veteran Marine Corps officer, and a DoD Minerva-funded researcher.