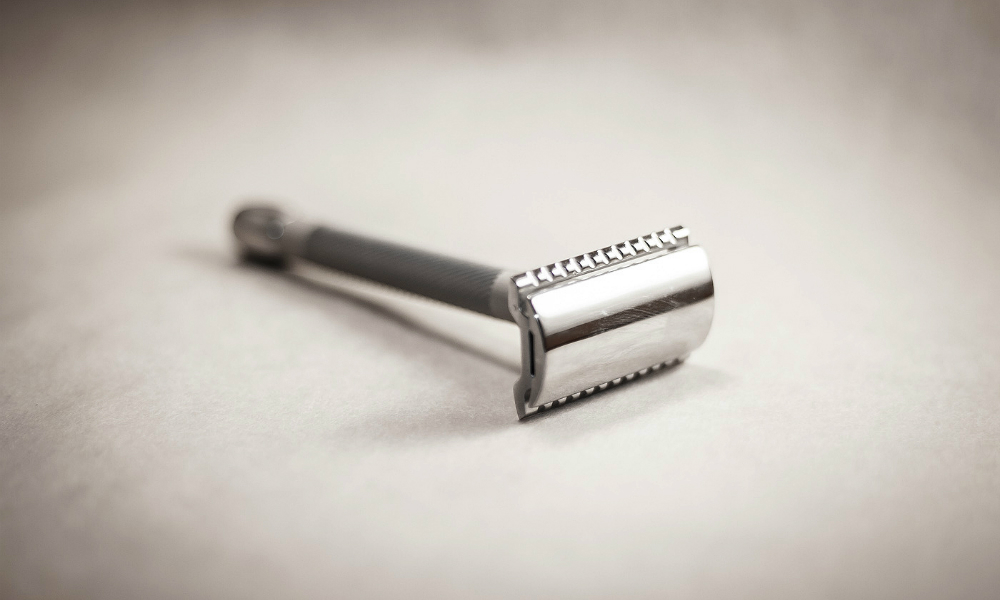 If ever there was a symbol for intimate violence, the razor blade is it. Every day, military men wage a small, savage war on stubble by scraping steel across their faces to meet shaving standards. Yet, as in war, not all cultures see this activity the same way—and the way different cultures view the reduction of facial hair provides insight into (or at least a useful comparative tool with which to explore) the different ways they view the reduction of armed opposition. There are ways of shaving and ways of war; we can profit from understanding both.

Shaving habits reflect culture. And while not all cultures shave the same, most of the daily shaving world uses some type of razor blade. In America, the most commonly used instrument is a plastic-handled, multi-bladed cartridge (usually three to five blades lashed together), which typically costs $3-5 per cartridge (though some lower-cost options are emerging—Harry’s, for example, are $2 each). The estimated lifetime cost of a daily shave for multi-bladed cartridges ranges from $7,000 for a Gillette Sensor3 to $22,000 for a Gillette Fusion ProShield (not including shaving cream!).

Russians and eastern Europeans, on the other hand, shave differently. In that part of the world, common usage is a steel-handled safety razor, designed to lock a single blade with two sides/edges into place—which is about a dime per blade. Estimated lifetime cost: $400.

Why would Americans typically spend 17–55 times as much for a different instrument to achieve the same end? How have Russians figured out a daily shave for literally pennies to American dollars?

Sometimes, we have to stand in another’s shoes to understand our own path. So I bought a safety razor and have used it for the past six months (you can see my choices in the links just above—Merkur handle, made in Germany; Astra blades, made in St. Petersburg, Russia). My observations: it’s not quite as good as a four- or five-bladed cartridge, and I did get a little bloody in transition, mostly owing to adjusting from a movable head to an inflexible steel variant. But the safety razor is at least 90 percent as good at 2–5 percent of the price. Put another way, I dropped 10 percent in performance to save 95–98 percent of the cost. That’s quite a bargain.

So what can this Russian razor excursion tell us about American strategic culture? Even when presented with an effective, simpler, cheaper alternative—Americans reflexively reach for the heavily advertised, more expensively exquisite version. It’s not hard to see this at work in our defense choices. Just last week, the Wall Street Journal documented massive cost overruns on several pricey American defense programs: the F-35 Joint Strike Fighter (48 percent over budget on a program already planned to cost hundreds of billions of dollars), the DDG-51 guided missile destroyer (619 percent over on a hundred-billion-dollar-plus program), and the V-22 Osprey tiltrotor aircraft (44 percent over on a roughly sixty-billion-dollar program). [Note: figures cited in print and not digital edition.] But also recently, the New York Times published a massive cover story on Russian cyber efforts, calling it a “low-cost, high-impact weapon. … For Russia, with an enfeebled economy and a nuclear arsenal it cannot use short of an all-out war, cyberpower proved to be the perfect weapon: cheap, hard to see coming, hard to trace.” Even if contrasting these capabilities is apples to giraffes—the American/Russian strategic spending gap is noteworthy.

What can we learn? Self-knowledge is vital, and having a sense for American and Russian preferences, whether for a precision shave or a precision strike, is useful. For example, if Russians are more comfortable with developing, supporting, and using cheaper, blunter instruments that get a little bloodier than more expensive alternatives (i.e., non-precision artillery and barrel bombs versus long-loiter surveillance and laser-guided munitions)—then that’s something we can use to our advantage. Similarly, our preferences, while more accurate and prettier, often impose high costs in terms of money and time. And as war inputs do not necessarily equal outputs, high investments will not guarantee optimal outcomes. From time to time, particularly in conflicts that appear to feature longer time frames, Americans could seek out simpler, less expensive options for strategic sustainability’s sake.

As with the Merkur handle, there is a shiny, silver-plated lining to this culture contrast: Americans willing to fight through the weight of cultural bias might acquire new tools for strategic success by appreciating the virtues of value and waging war on the cheap.